10 Of The World’s Most Luxurious Nightclubs 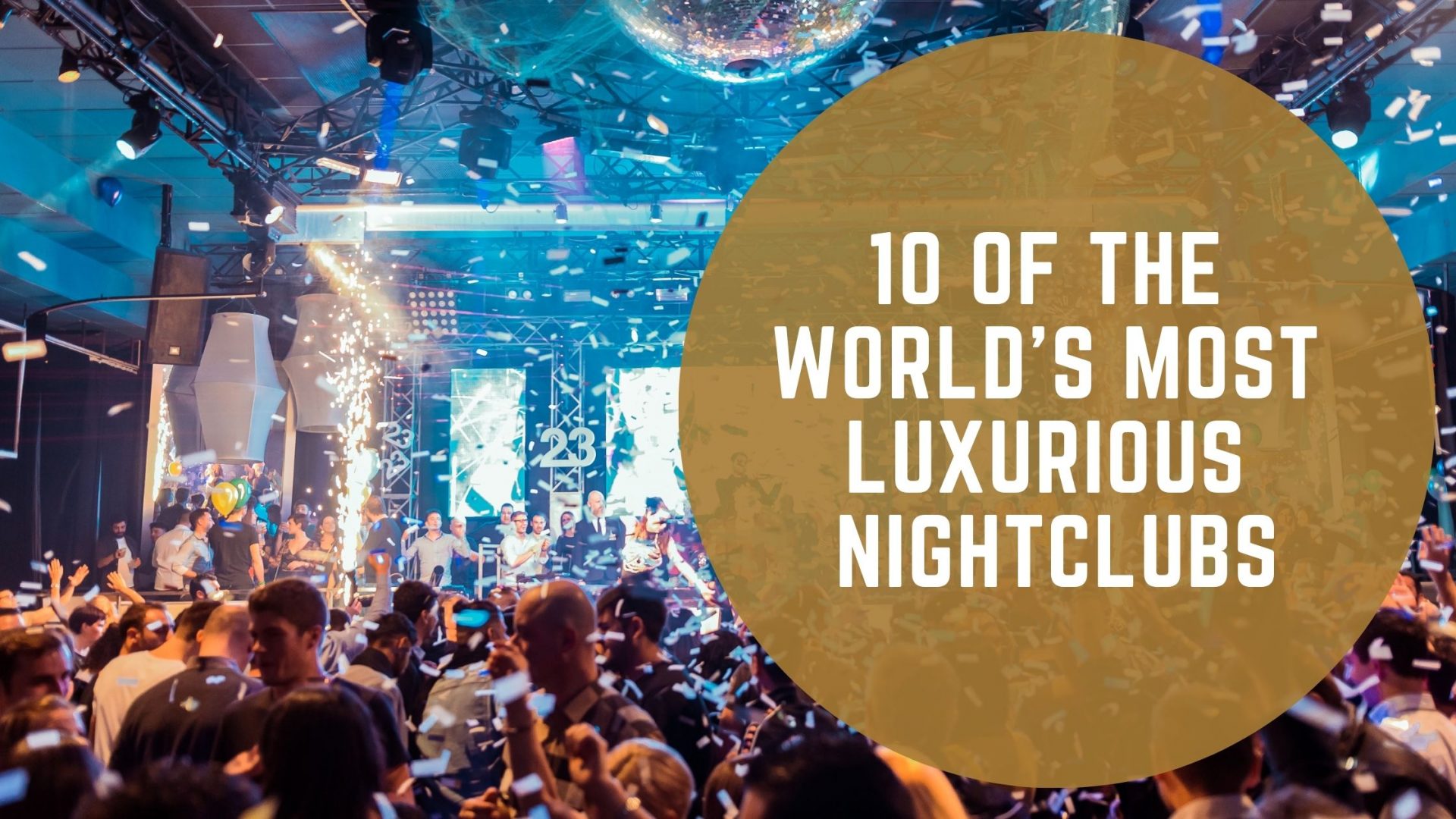 Do you like music? Do you enjoy being around activity and fun? If you take the thrill in being energetic, then you can try out some of the best nightclubs in different cities of the world. We will help you know about the 10 of the world’s most luxurious nightclubs for your unparalleled fun and entertainment.

If you happen to be a nocturnal being, then you cannot be too far from a nightclub or a party scene –especially when weekend nights are concerned. A fun-filled night-out for you is all about visiting a hip hop and snazzy nightclub in the city with your group and enjoying live music all night long. The concept of an ‘ideal night’ for a clubber would be at a high-end party scene with dancing crowd, trendy music, and the most luxurious spaces. Therefore, we bring forth the list of 10 of the world’s most luxurious nightclubs you must visit.

Across the globe, you will come across a number of luxurious destinations to visit. As far as nightclubs are concerned, it is no different. Nightlife has recently become one of the most popular industries opted by top-class business personnel and clientele from all parts of the world. Due to this, popular destinations of the world have the best to offer when it comes to ensuring maximum enjoyment of the clubbers.

While there are several options to choose from, we bring forth the list of the 10 of the world’s most luxurious nightclubs for you to enjoy. 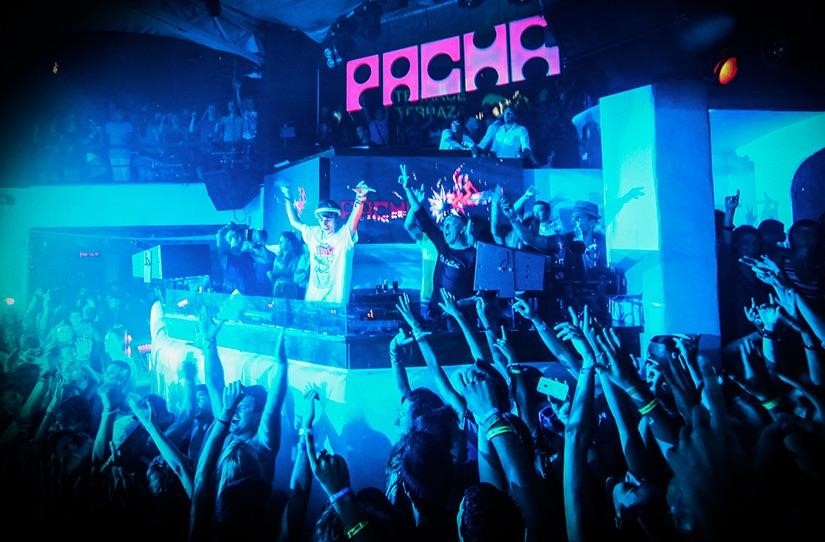 Ibiza is undeniably one of the most rocking nightlife destinations in the world. If you wish to make the most of your experiences here, you can hire our bespoke luxury concierge services in Ibiza. Out of a myriad of options for clubbing, you can head to Pacha in Ibiza. It is a well-renowned and prestigious clubbing destination in the island city.

Pacha features as many as 5 distinct rooms along with a massive dance floor, best international DJs, multiple music styles, brilliant performances and shows, and some of the most relishing cocktails. Here, you can look forward to enjoying any type of music –ranging from lounge music to party music, house, old times, and so more. Pacha Ibiza is a great club with a luxurious feel and an exotic charm throughout. 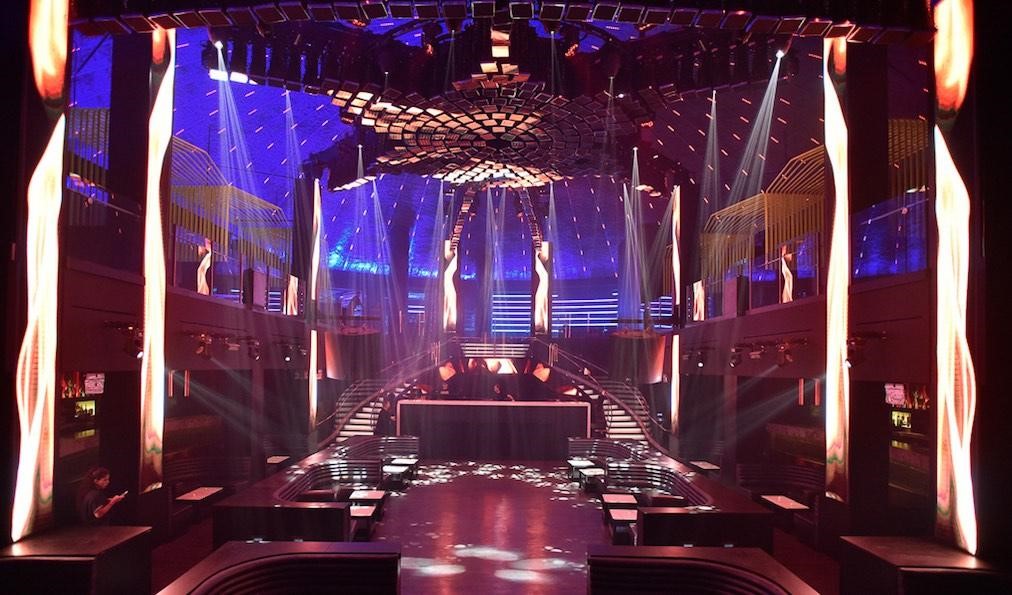 Miami is an evergreen clubbing destination in the world. The city never sleeps and never stops partying. Therefore, you can never be abandoned here. One of the best clubbing destinations in the world is LIV. It is located in the scenic building of Fountainebleau Hotel. It is also known for being the highest nightclub in the entire world.

LIV Miami has been awarded as being one of the most happening nightclubs in the world. It is famous for its architectural design, increased comfort level, royal decoration, and state-of-the-art sound system. Recently, Miami Heat celebrated its NBA Championship in this world-class clubbing destination. If you are an avid party-lover, then you would like to pay a visit to this heavenly nightclub.

Referred to as the King of Clubs, XS in Las Vegas falls right into the list of 10 of the world’s most luxurious nightclubs. It features an impressive 40,000 square feet of luxurious outdoor and indoor space. As a partygoer, you will be amazed by the interesting décor of the club. The venue itself features thousands of amazing light sources to sparkle the space like no other. There are massive chandeliers, floor lamps in rich hues, and an exotic dance floor for you to groove all night long.

XS Las Vegas has also been voted as No. 1 in the Nightclub & Bar 100 listing right during the first year of its operation. You can expect the venue to be busy on weekends. Here, you can dance to the sound tracks of EDM, House, Top 40, and so more.

The famous nightclub is housed in a farmer’s brothel and is a hotspot for modern clubbers. La Baron in Paris has maintained its decadent and sensual allure throughout. The club features a sophisticated red interior with dimly lit black ceilings and mirror balls to accentuate the overall décor.

It is renowned for being the hotspot party scene for famous celebrities like Lindsay Lohan, Mary-Kate Olsen, Sophia Coppola, and so on. The famous nightclub is capable of accommodating around 150 people at a time. The interior of the nightclub has been designed by the famous Andre Saraiva. The club agrees that it is capable of attracting French faces from all parts of the world. 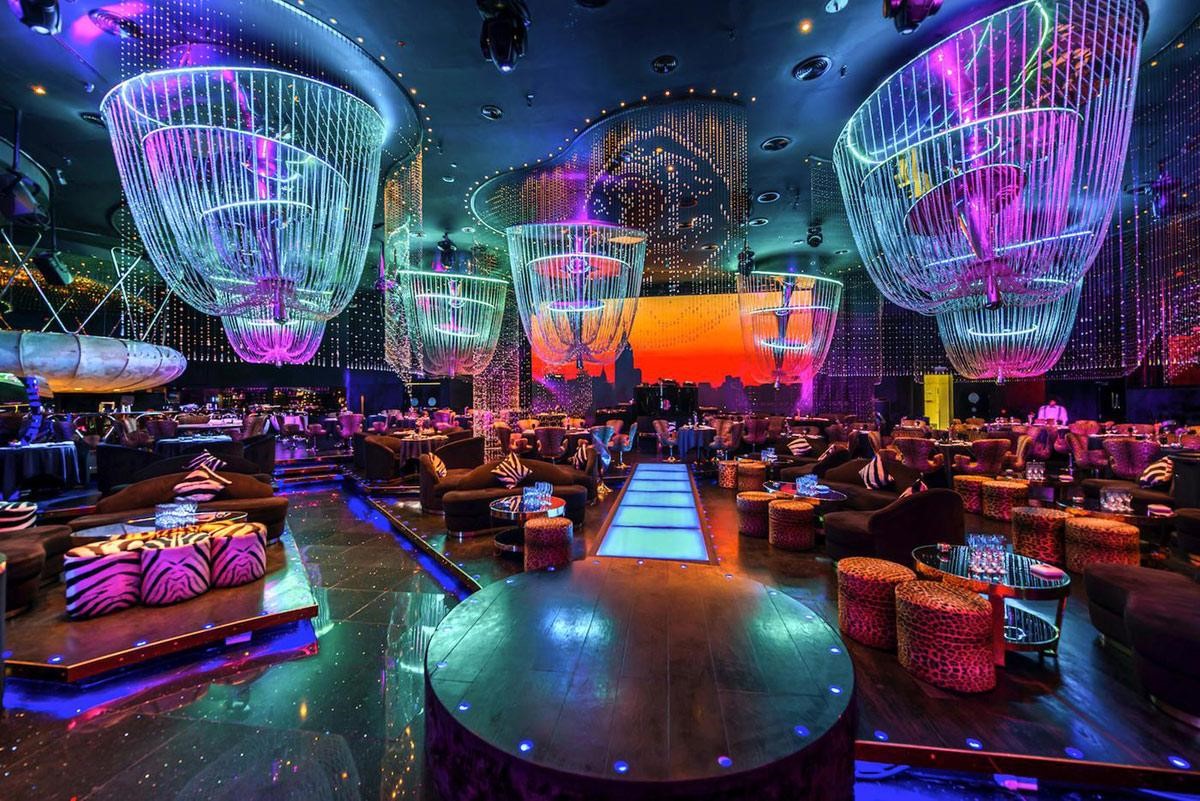 The club was launched in the city in 2009. Cavalli Club in Dubai is one of the most glamorous clubbing venues for patrons who love the intense nightlife scene in Dubai. The design of the club has been inspired and launched by the world-renowned designer Roberto Cavalli. The club brings forth immense Italian fashion as well as cuisine for you to relish upon.

The club has a luxurious décor throughout. It includes thousands of Swarovski crystals along with prints of exotic animals all over. The club also exudes a classic trademark of some of the most celebrated designers in the world. With music grooving all night long, it is indeed one of the most sought-after partying destinations in Dubai. 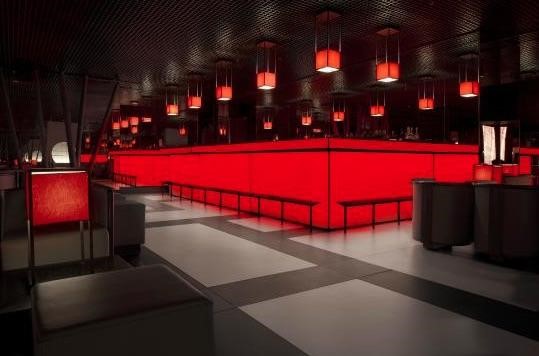 The famous nightclub is situated just below from the Armani compound in Milan. It is one of the most luxurious dance clubs in the entire city. It is a part of the prestigious Armani’s headquarters of Via Monzoni. As you make an entry into the nightclub, you will be greeted with gorgeous stairways and doorways. These lead you into a stylish and attractive space that features signature furnishing of the famous Armani Casa.

The space of the nightclub has been divided into a lounge space and a gorgeous main bar covering the dance floor. The nightclub has crowds from all parts of the world throughout the week –especially on weekends. You can enjoy its divine hospitality by ensuring advance bookings. Contact us for luxury concierge services. 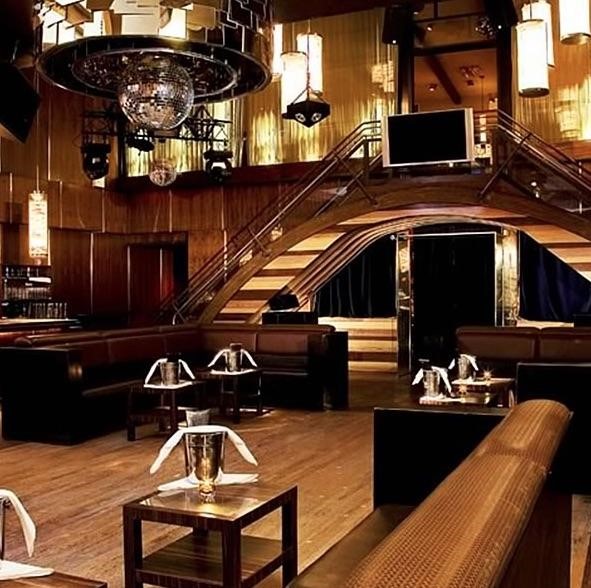 It is a high-end partying venue for world-class celebrities including Kim Kardashian, Derek Jeter, Marc Jacobs, and so more. The venue is known for its top-class hospitality and high-end services. The club is available as a lounge area spread into two stories. Moreover, it is situated in the heart of the city for the overall ease of accessibility.

Here, you can get past the velvet, luxurious rope and step into the classic English-themed interiors with candle-lit rooms, vaulted ceilings, a drinks list, and oak-paneled interiors. All of these will leave you coming back for more. 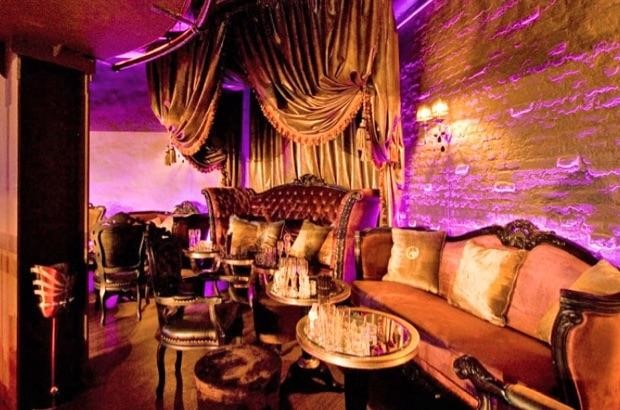 It is one of the most high-end nightclubs in Moscow. The nightclub was introduced in 2007. Since its inception, it soon became a highly prestigious clubbing destination in the region. It has become a famous hotspot for celebrities and party-lovers all around Russia.

For its interiors, the club has four lavish rooms. These are the Dining Room, the Disco Room, and the Bar Room, and the exclusive terrace area. The interiors of the club feature a properly-blended clubbing venue with plush amenities to enhance your overall experience. At its entrance, you will be greeted with an impressive chandelier and sparkling Swarovski crystals all around. You will also be thrilled by the beauty of thick floors in combination with large-sized windows, bespoke designs, and brick walls across the venue of the club.

Situated in the heart of the city, Bonbonniere is an elegant clubbing destination with a highly sophisticated and luxurious feel throughout. The venue of the club has been designed for separating itself from the main clubbing concept. It features exceptional interior designing with impressive opulence from every possible angle.

The club has a myriad of high-end partying features and amenities for its guests to enjoy. Some of the famous names that have been a part of its intense clubbing scene are Paris Hilton, Will.I.Am, Jordan Dunn, and so more. The venue of the club is also famous for its world-famous cocktails and unparalleled ambiance delivering bespoke bottle services, DJ events, live performances, and live acts. 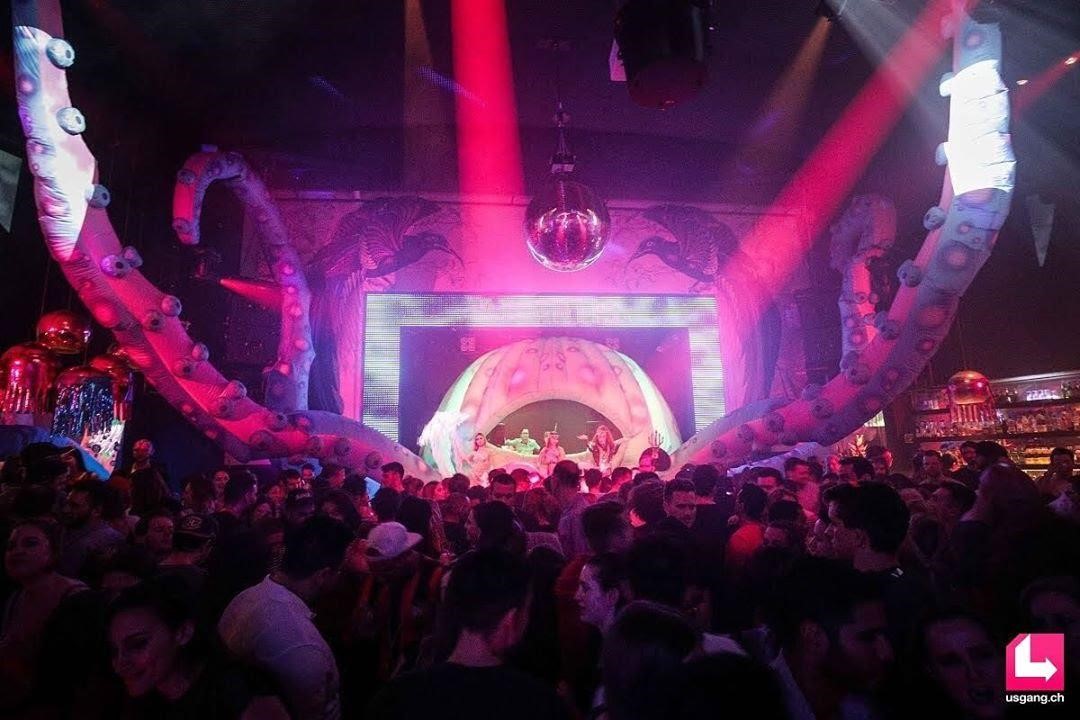 It is a popular nightclub and bar in Zurich. Here, you can enjoy the essence of live music and amazing DJ mixes all night long. With contemporary interior design and bold murals all around, you can find that the interior design of the club is highly impressive. The Plaza offers an extensive and exclusive range of culture, entertainment, and music for all.

You can hang out in the club during the summers and have some of the most luxurious moments here. It is a great experience to enjoy its bespoke environment with large-sized floor-to-ceiling windows and tables. The best part is that students below 18 years of age are also allowed here.