The nightlife at Saint-Tropez is among the most renowned in all of Europe. It is a location closely associated with glitz, famous people, wild parties, huge yachts, and a breathtaking landscape. This Saint Tropez nightlife guide examines the top pubs, nightclubs, casinos, strip clubs, and events. In addition, we’ll show you how to navigate this French city’s transportation system. Check this article to know more about the Best Nightclubs in St. Tropez.

Some of Europe’s most renowned nightclubs may be found in St. Tropez. Of course, you would expect everything to be the same, yet unless you are famous or beautiful, it may be tough to get into them, and the lines can go on forever. They may also be horrifyingly pricey once inside. For the best chance of siping champagne inside, arrive dressed and sober. Alternatively, travel to a more relaxed rooftop bar to toast the setting sun with drinks. Leaving that aside, visiting St. Tropez for its glitzy nightlife is well worth the extra effort.

Are you hoping to enjoy a glitzy nightlife? If so, Saint-Tropez is the ideal location for you. The elite of the top class congregates there, particularly in the summer. You can quickly locate somewhere to sit and enjoy your favorite beverage. You can see the yachts illuminating the nighttime ocean. In the town, you may observe unique and high-profile individuals. In the clubs at night, you may dance with your friends and exciting individuals. You can get a glimpse of one of your favorite celebs on the beach, at a club, or in a bar. Models travel to this location for supermodel shoots on yachts as well. 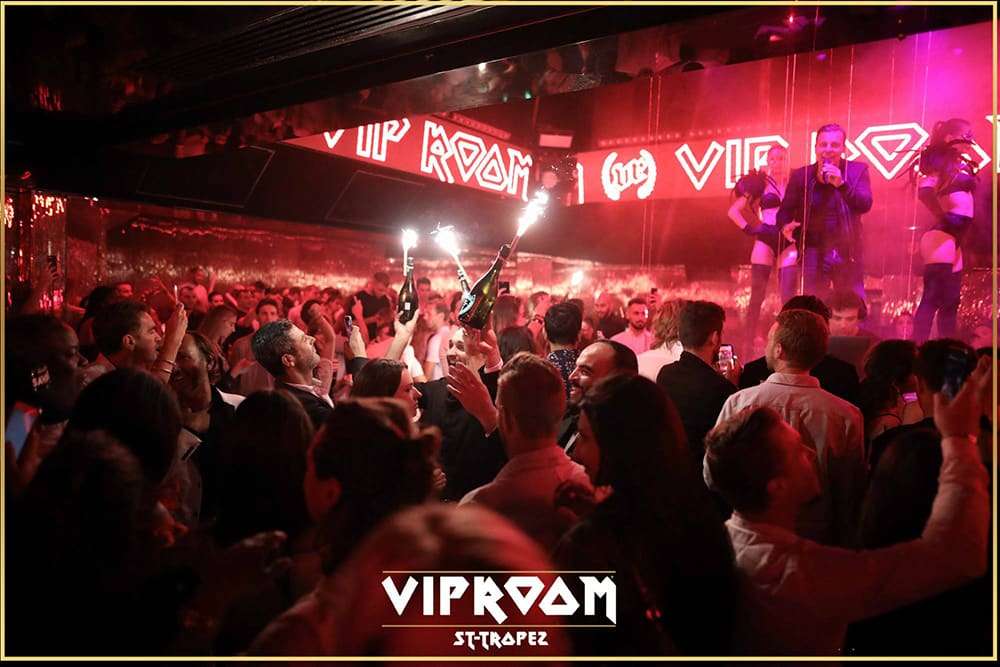 A nightclub called VIP Room St. Tropez is situated on Quai de l’ Epi in Saint-Tropez. This club is a fusion of avant-garde ideas and modern design; it has fantastic bars, a gorgeous restaurant, and walls painted with lights that brighten the space and give it a spectacular aspect. The captivating design is highly contemporary and has mirrors, glass, and lighting that alter the club’s atmosphere and color. Gianni Ranaulo, an architect, created VIP Room to make the most of the club’s space, and it can currently hold over 700 people, which is astounding for such a tiny space.

The location draws a lot of partygoers and celebrities. Wild summer parties are hosted every night, and it is well known worldwide as the spot to go for wild parties since it stays open until the wee hours of the morning. If you ask someone where the best parties are held in St. Tropez, they’ll probably point you toward VIP Room. Some of the most recognizable figures in music and film, like Bruce Willis, Paris Hilton, Robert De Niro, Jack Nicholson, Rihanna, and David Guetta, to mention a few, visit nightclubs.

You can take pleasure in an after-beach meal or a visit to Saint-Tropez.

The club night might start after 11:30 and last until the night’s end. However, the Saint-Tropez VIP Room is renowned for getting everyone dancing. The VIP Room in Saint-Tropez, which throws the wildest parties on the French Riviera, is a must-visit for Saint-Tropez nightlife. 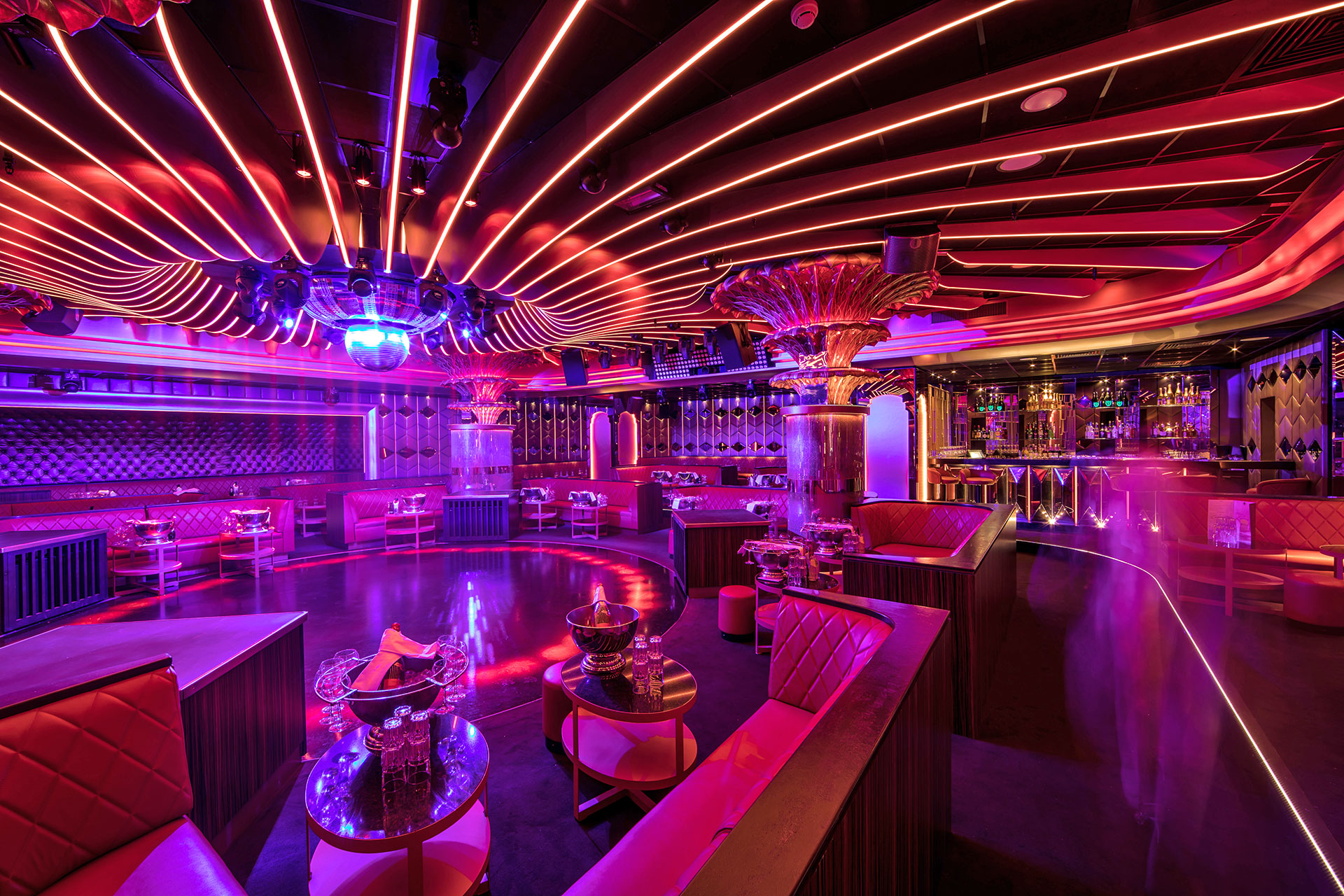 Since 1967, Caves du Roy has been a well-known club name. But does it remain on top?

Yes, Les Caves du Roy is one of the top three clubs in the world, in our opinion. Since its renovation in 2017, which included a new layout and stunning new lighting, the club has only improved.

Why are the Caves so unique?

On the appropriate night, the ambiance here is breathtaking: gorgeous females, famous stars, and the proper mix of partygoers are all out to have a wonderful time together. It is where parties of international renown are celebrated. But, then, there are goosebumps as DJ Jack-E sings his renowned “Welcome back to Saint Tropez” as he welcomes the “party people from all over the world.” Celebrations for Roederer Cristal Methusalem orders include music, lights, and fireworks.

What should you be aware of before visiting?

The club, a part of Hotel Byblos, has been going strong every Saturday night since it opened on the weekends in April. Les Caves is open every day during the peak season. However, getting in might be challenging. Book a table on one of the less-frequented nights and then make a reservation for a different night to get a table. Although there are many tables, the two bar rooms are small. The top dining areas are near the dancing floor (where the minimum spend is very high indeed). 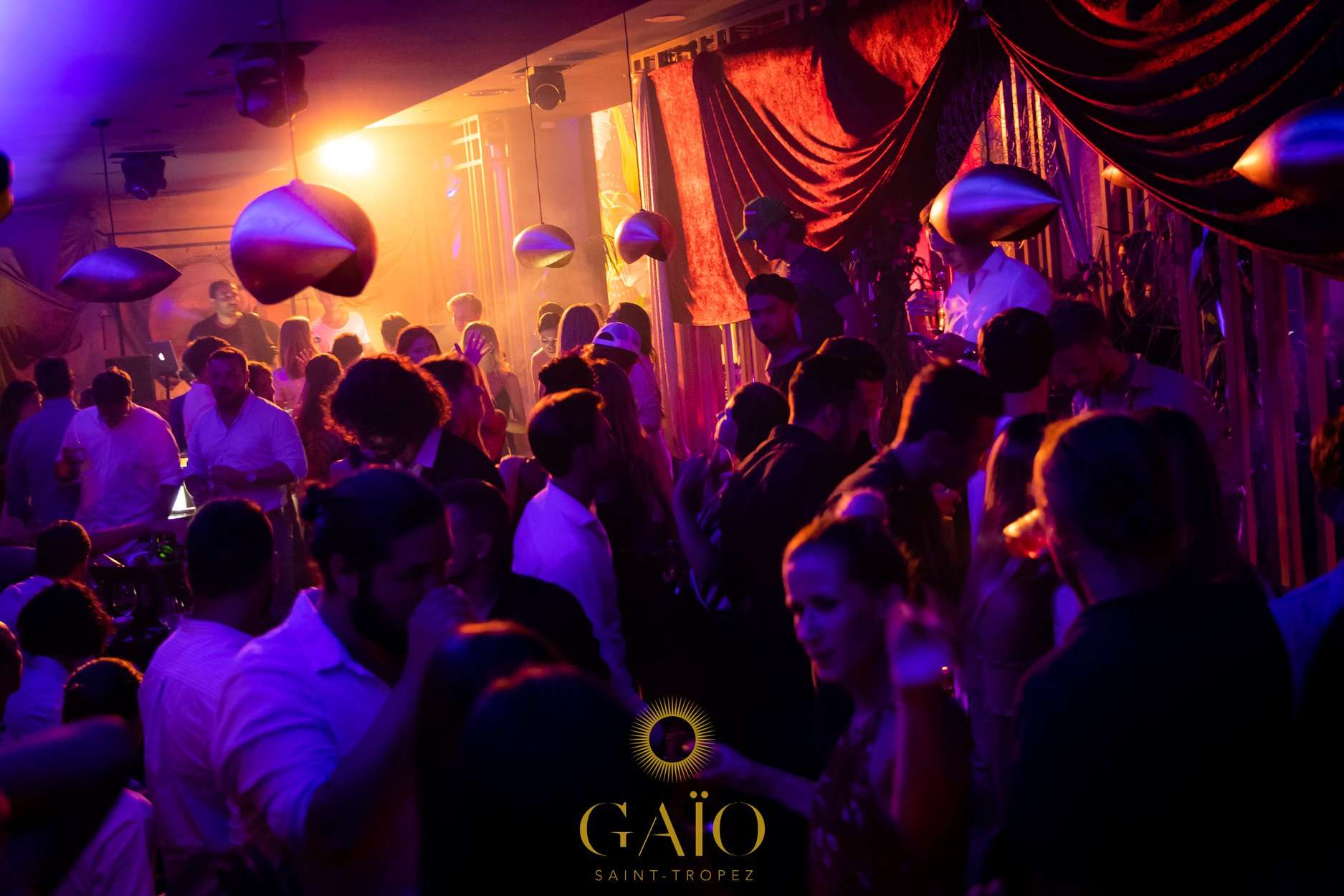 A distinctive blend is GAIO Saint-Tropez. A restaurant, bar, and nightclub all in one place may be found on Saint-Rue Tropez’s du 11 November 1918. In the 1960s, two brothers named Doudou and Franky created a restaurant called Papagayo, which helped to promote this type of establishment. They thought of building a classy yet relaxed eatery near the water. The oldest venue in the community is where Place first opened. The most incredible time to launch such establishments was often in the 1960s because French music and movies were becoming increasingly well-known throughout that decade.

Most people give Brigitte Bardot credit for bringing fame and notoriety to a little town like Saint Tropez. However, as Saint Tropez gained popularity in the 1960s, hundreds of celebrities and the wealthy began to come. As a result, famous locations like Papagayo have become well-known eateries along the coast. Gao, formerly known as Papagayo, is a restaurant, cocktail bar, and nightclub that serves some of the most fantastic Japanese and Peruvian food during the day and transforms into a hotspot for parties at night, where celebrities like Paris Hilton attend!

The first place in Saint Tropez to provide an all-inclusive dining, partying, and entertainment experience was Gaio Gaio. This restaurant, which many people used to refer to as Papagayo, has completely revamped itself and now serves exceptional food at a price to match. You receive unmistakably high-quality cuisine, and for those who stick around after dinner, a fantastic party experience is one of the most significant advantages. John Legend, Tyga, Leonardo Di Caprio, and Sylvester Stallone, among others, have reportedly all entered the club.
They are open from 0200 to 0600 on Monday through Sunday.

What makes this location unique?

The owner has a keen understanding of the ideal blend of individuals. Gaio is a fashionable little party secret in Saint Tropez because its rigorous door policy targets hip partygoers.

Surprise. Gaio is one of the few party-restaurant outliers, as many serve bland cuisine. However, the cuisine is outstanding here.

Gaio is a three-in-one establishment that serves as a restaurant, bar, and nightclub all in one. The renowned Papagayo was the first restaurant and a forerunner of Gaio restaurant. It was founded in 1962 by two brothers, Doudou and Frangy, who had the ambition to build a classy, yet laid-back restaurant near the ocean. In the oldest building in the community, the establishment opened. Given that the 1960s were a time of increasing glory for French cinema and music, especially for Brigitte Bardot, who is most credited with giving to a small, unrecognized village like Saint Tropez, the 1960s were the best decade in the entirety of the 20th century for opening similar establishments, especially in Southern France. 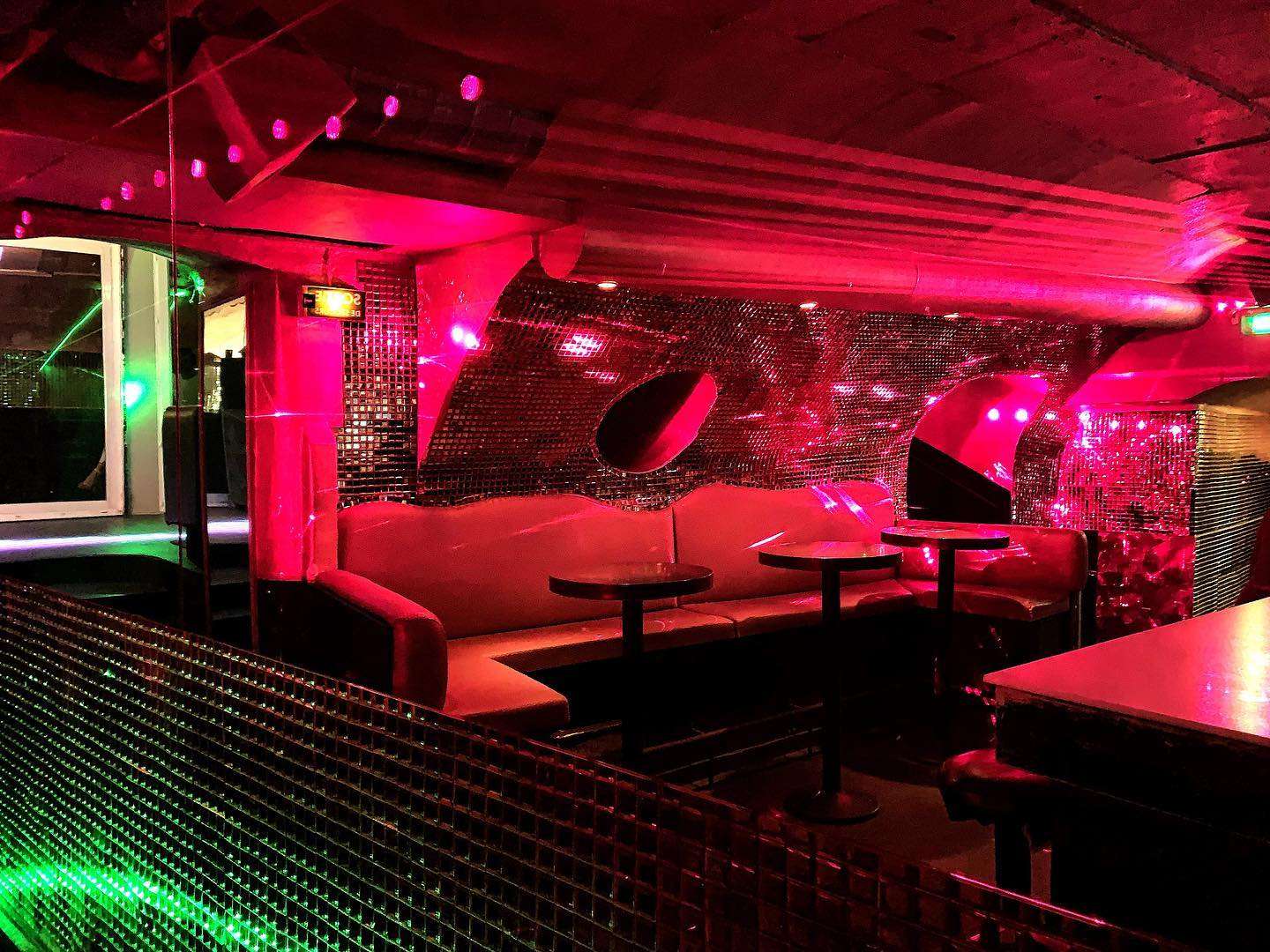 In the center of St. Tropez, close to the Place de la Marie and the harbor in the old town, is a nightclub called L’Esqui. Since 1998, this well-known nightclub has entertained residents and visitors from across the globe. L’Esqui is a basement-based subterranean nightclub with a vaulted ceiling that is somewhat unusual—in a good way—because it will make you lose track of what regular nightclubs are like and how they operate. The nightclub’s interior is separated into two rooms, one of which has a bar and is designed to be a place where you can sit down with your friends, chat, and unwind while enjoying some good beverages. There is a dancing floor in another room.

The local and occasionally international DJs light up the place with their music. Dance, House, R&B, Disco, and Electro are all combined in music, so there is something for everyone. This nightclub isn’t the biggest in Saint Tropez in terms of space, but it needs to be more significant. However, it more than makes up for in character. One of the few nightclubs in St. Tropez that is open year-round, often from midnight till dawn, is L’Esqui. Drinks are excellent and plenty; you may order by the bottle or by a single drink. Prices range, but they are fair for this kind of establishment.

You should be aware of some of the great locations in Saint-Tropez if you are thinking of visiting this French town. You may stay here since Port de Saint Tropez Marina is among the top marinas in the world. It is a center for wealthy and stunning locations with yachts for enjoying the sea life. In addition, there are top-notch eateries, pubs, clubs, and stores.

The longest beach in this municipality is Pampelonne Beach, another upscale area of Saint-Tropez. This 5-kilometer-long beach is home to top-notch beach clubs and yachts anchored in the harbor. This beach is about 15 minutes away from where you are staying in the heart of Saint-Tropez. Your journey will not be complete if you visit Saint-Tropez and don’t see this beach. Due to the VIP services and facilities, it is a beach that attracts celebrities. On this beach, you’ll discover fantastic pubs and clubs where you may have as much fun as you like.

Ramatuelle is another wonderful hilltop community where you may find the greatest lodging options. If you wish to visit Pampelonne Beach while staying in Saint-Tropez, it is closer than the city center. In the 1950s, it attracted the attention of actors and other famous people. This area has a few fantastic pubs and clubs, but they are only open at night. Therefore, you must return to Saint-center Tropez’s to spend the evening at a club.