Spain has some of the unique nightclubs in the world, and Barcelona and Madrid both have excellent nightlife. Several taverns, pubs, terraces, and renowned clubs are spread across the city’s many neighborhoods. Are you trying to find Barcelona’s top hip-hop party? Then, you’ve arrived at the ideal location! Hip Hop fans in Barcelona are in for a treat, as several of the city’s most well-known venues regularly stage events to honor the genre. In addition, RnB music and top Hip Hop tunes are frequently mixed in Barcelona clubs.

The following is the list of the top Hip-Hop Clubs that you should look out for when in Barcelona: 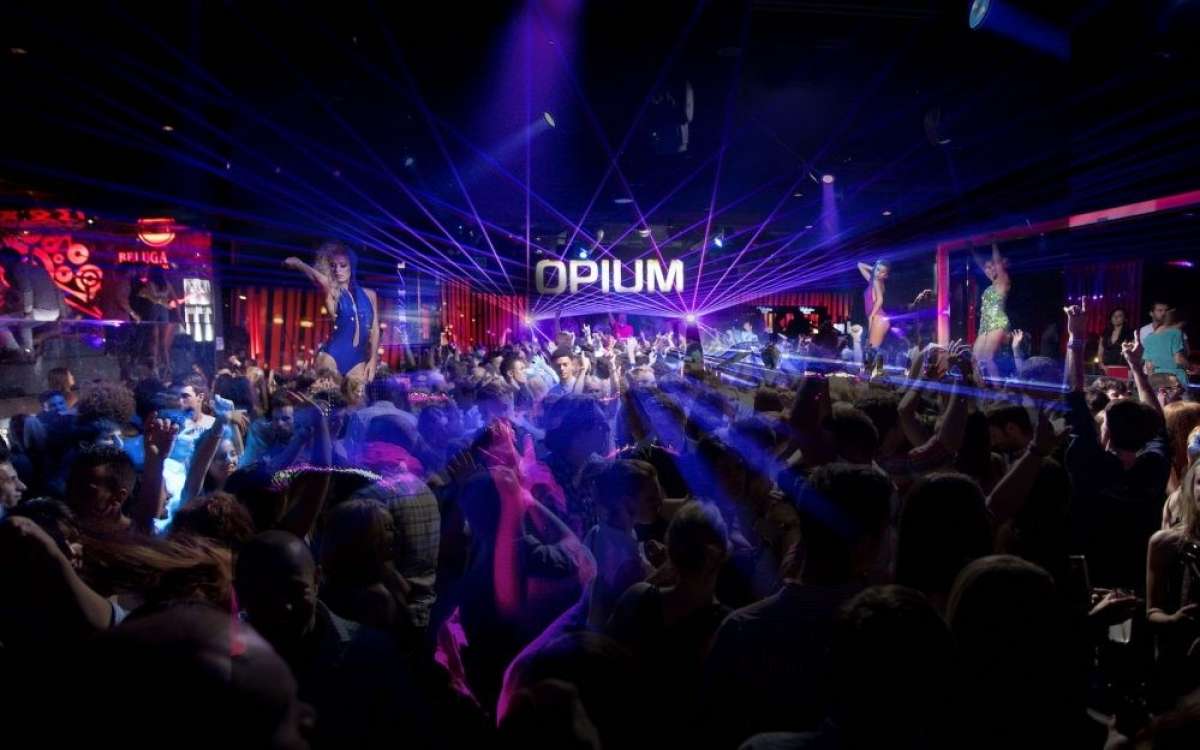 Do you already have an opiate addiction? The same reddish-brown medication with a strong aroma that is both addicting and instantly narcotic. Although some of you must not have, others do. However, after visiting our “Opium” nightclub just once, everyone will undoubtedly get hooked on it. A magical place to be is Opium. There are a ton of unique, elegant, and magnificent people from all over the world every night.

One of the top dance clubs in the world is referred to as The Opium, a club bar restaurant. It is one of the most well-liked venues in the vibrant Barcelona club scene because of its prime position adjacent to the upscale ARTS Hotel and close to the renowned “Barcelona” beach, its cutting-edge design, and the high caliber of its DJs. The club’s sound system needed to be cutting edge and meet the demands of resident DJs, top-tier international touring DJs, and the club’s patrons, raising the stakes incredibly high. The club required a sound system that could produce much sound on the dance floor while being transparent and having little distortion. 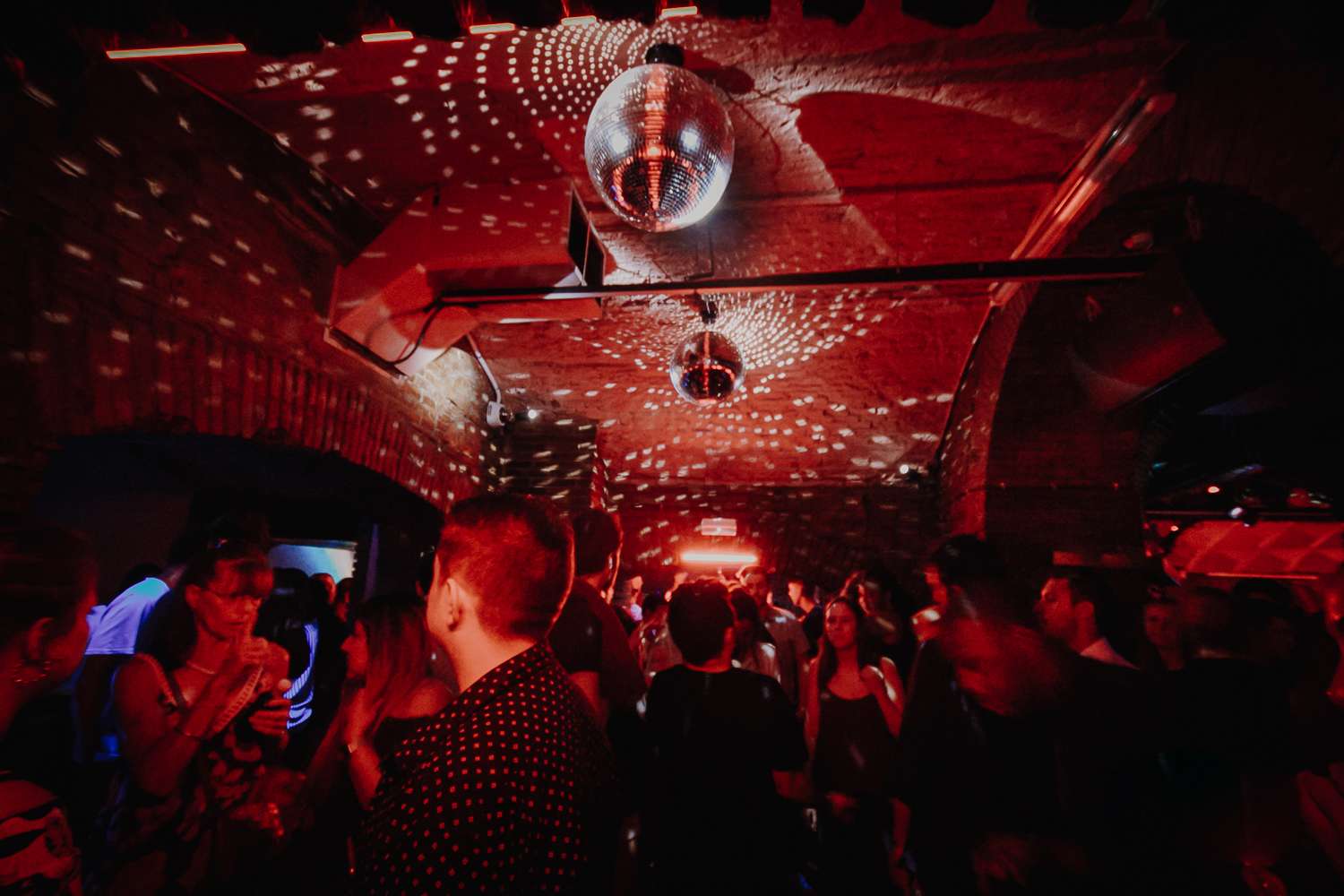 The Jamboree Dance Club is close to Barcelona’s famed Las Ramblas and in the Gothic Quarter, near the Plaza Real.

This dance club caters to a wide range of people and is particularly interested in fans of alternative music. As a Barcelona jazz institution, Jamboree has played home to superstars including Chet Baker, Ella Fitzgerald, Lou Bennett, and Bill Coleman. In addition, the cavernous location is well-known for hosting live Jazz & Blues performances with top-notch regional and international performers.

Jamboree features regular music performances in its brick cellar, while Tarantos, a companion establishment, features Spanish flamenco dance upstairs. After the dazzling live performances, Tarantos and Jamboree unite to create one of the most.

You may listen to and dance to the most incredible hip-hop and funky music every day after noon in Jamboree. The popular Saxnight event is packed with a youthful local population, especially on Mondays. A blend of funk, R&B, and hip-hop music may be danced to in the underground setting created by the arched concrete walls and low ceiling, while spontaneous dance-offs are welcomed on the tiny concert stage.

With half a century under its belt, Jamboree Club has integrated itself into Barcelona’s rich history and culture. Since its inception in 1960, Jamboree Club has been a vibrant venue open every night of the year, preserving the culture of Barcelona. The Jamboree Club, in the well-known La Rambla neighborhood, features hip-hop, R&B, and music from around the world. Because there are such little admission prices and the performances are so good, the club is frequently packed to capacity! 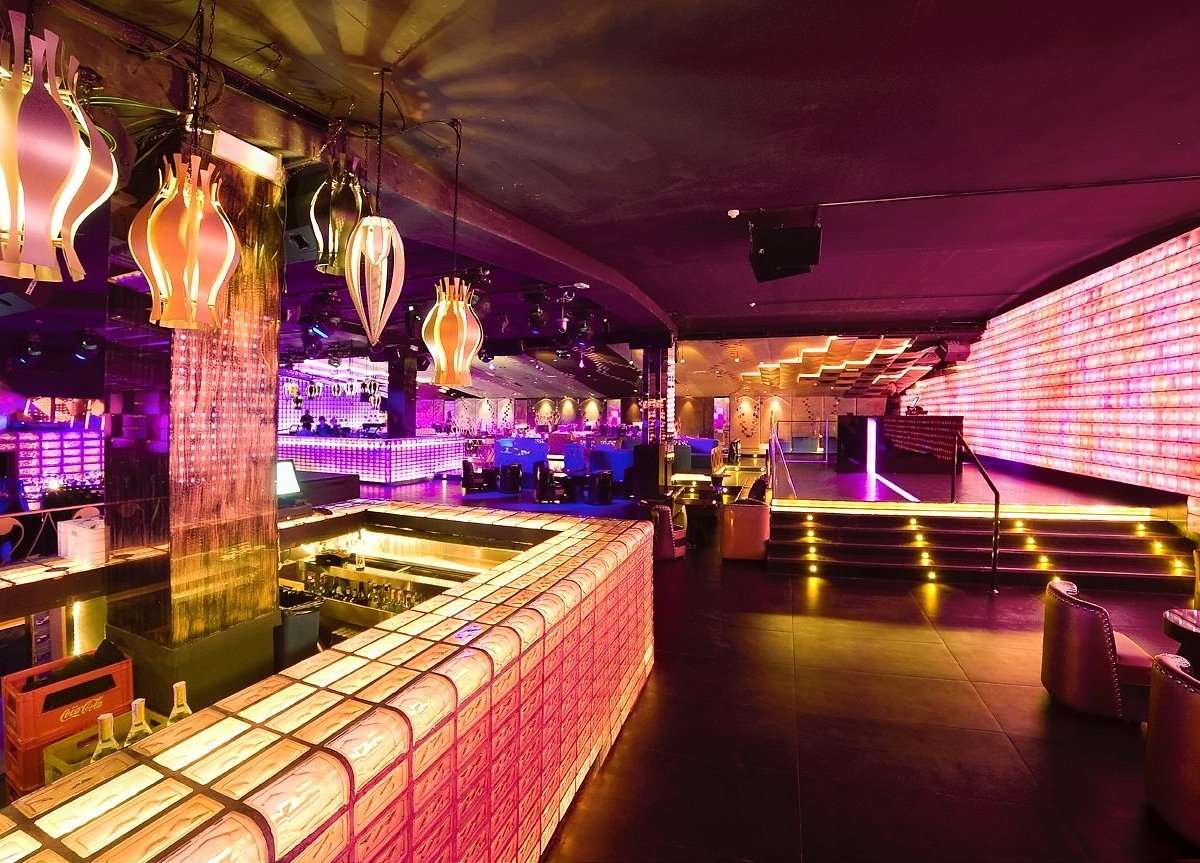 The Barcelona nightclub Bling Bling lives true to its moniker. Mirrors, gem effects, glass, metallic effects, leather, and other shiny materials are throughout the arena, making it sparkle like real bling. Partying here will make you feel like a million dollars.

In this Barcelona nightclub, the booths are incredibly cozy. Even the booths in the central area are comfortable and well-padded, while the ones in the VIP room are so soft you could melt into them.

Although not the costliest in Barcelona, the drinks are pricey and have a decent flavor thanks to certain high-end brand-name bottles and some expertly made classic cocktails. Young ladies who dress nicely frequently receive free admission to the VIP section and an abundance of complimentary beverages, keeping the celebration going. Therefore, if you are energetic and well-dressed, you might be able to acquire a few drinks in return for staying in the VIP.

The club begins at midnight and remains open most of the night, as is customary in Europe. There are no early entry alternatives here; you either must arrive late and stay out all night or skip the whole thing. If you are neat and stylish, there is no set dress code. However, they urge both sexes to dress more casually, with males donning jeans and polo shirts and women donning dresses and heels. You could discover that wearing anything else prevents you from entering if you are having a busy night. However, if the night is quiet, they will let individuals in wearing sneakers, ladies in jeans, etc. If you have reserved a table or are on the guest list, both of which are advised, they are more likely to let you in if you wear casual attire. 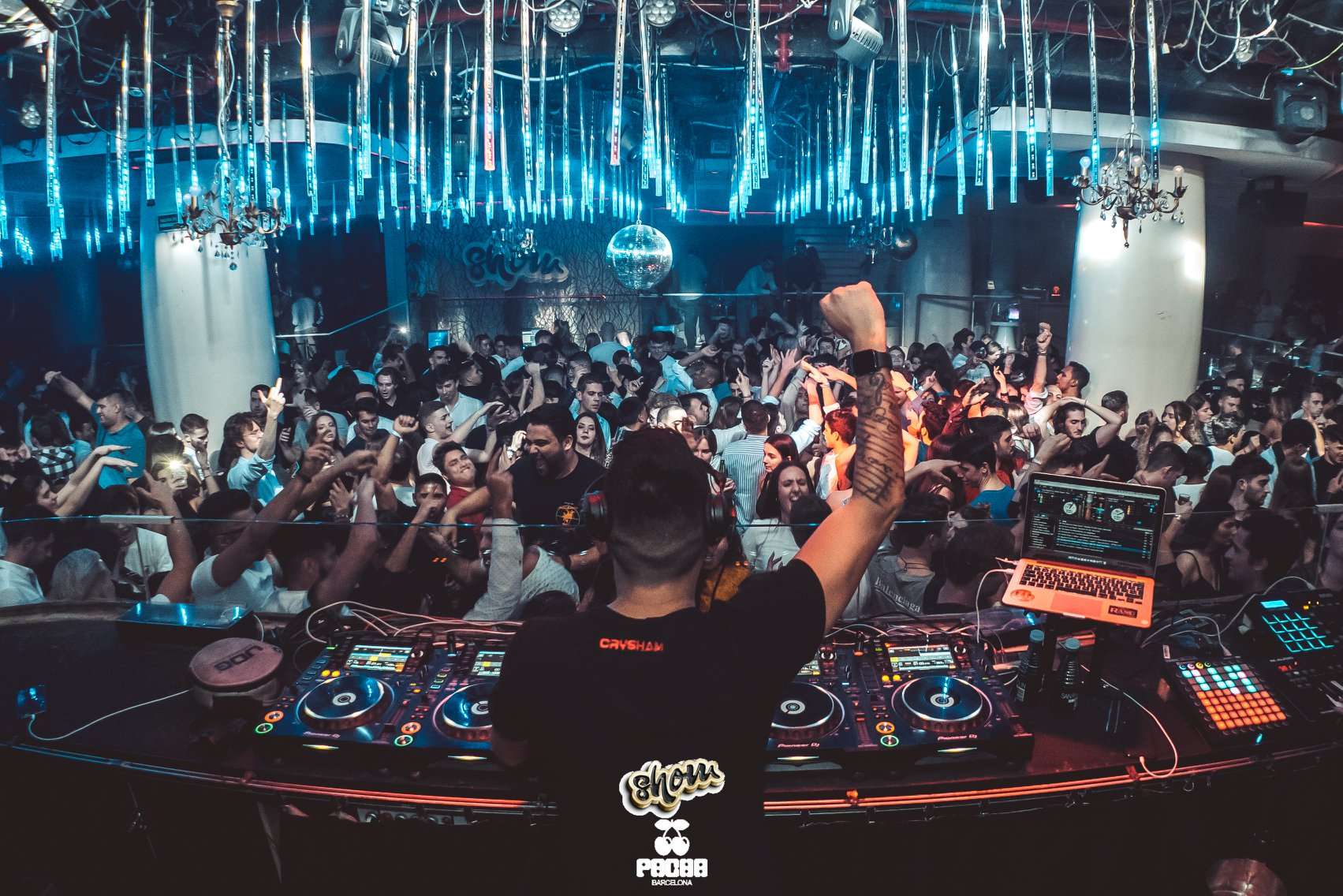 Of all the nightclubs in Barcelona, the Pacha Barcelona Club receives one of the highest numbers of local and international visitors. Despite this, it is a tourist destination due to its unique location in Vila Olmpica, or Olympic Port. As a result, international guests may be found at any of its parties.

Anecdotes about Club Pacha Barcelona include the fact that it is one of the Barcelona nightclubs where hundreds of special events have been held with internationally renowned DJs, artists, and guest singers who will always be associated with the Club Pacha Barcelona brand, carving out a niche for themselves in the nightlife and leaving their imprint.

The Club Pacha Barcelona’s main room can accommodate many people so you can dance to the most fabulous party music with your friends. The Red Room, which is often available on weekends and plays current Reggaeton and Top Hits music, is next to the center room, where you may take a little break from dancing.

Even though it’s one of Barcelona’s most well-known nightclubs, Club Pacha Barcelona’s weekly parties, which run from Monday to Sunday, attract at least 400 people because of its shows and more commercial music owing to its regular DJs, making it a must-visit for anybody, domestic or international.

In addition to being a well-known nightclub, Club Pacha Barcelona also has a fantastic restaurant during the day that you may visit with friends or family. The food is superb Mediterranean fare. It is possible to eat lunch or supper on the premises or on the terrace, which is optimally orientated to the sun. 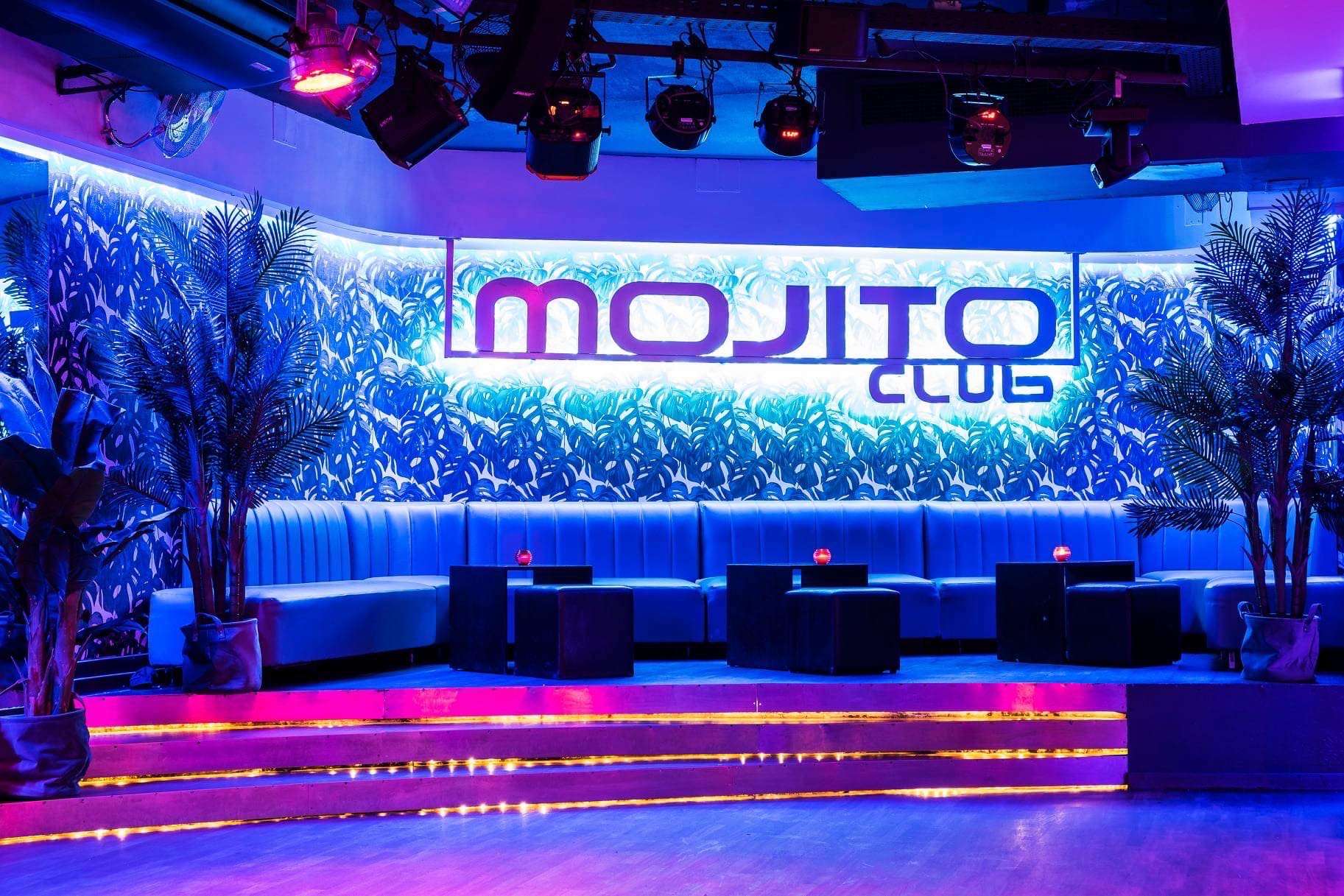 Barcelona’s Salsa, Bachata, and Latin music epicenter are Mojito Club. The newest music, as well as the standard salsa, may be enjoyed on its dance floor. On Thursdays and Sundays, we provide 100% salsa and bachata. The most diverse Latin music from throughout the world is played on Fridays and Saturdays, and the music keeps going until daybreak. You will be satisfied by our place if you add the traditional Mojitos and an international cocktail bar to the mix!

Student days are Sundays. Sundays are your day if you attend our dancing school. With your VIP card, take advantage of discounts and FREE outfits. Additionally, you may put what you’ve learned during the course into practice with the help of our professors and taxis.

They take dancing extremely seriously at the Mojito Club. It is one of those locations where dancing is prioritized, and on the dance floor, you can watch everyone from accomplished experts to enthusiastic spectators taking their first steps. Salsa and bachata are the focus on Thursdays and Sundays, while the greatest Latin music tunes are featured on Fridays and Saturdays. Live bands playing Cuban music may be heard on Sundays as well.

Excellent mixes and drinks are made at the bar, including the traditional mojito, which naturally lends the club its name. In addition, they have a dancing school with many levels, ranging from absolute novices with no prior experience to experienced dancers with choreographies.