Beyond its history and landmarks, London offers much more. It is a flourishing metropolis and one of the trendiest cities on earth, where people’s elegant and formal British manners are shed at night to reveal a playful and upbeat attitude. The real fun starts here around dusk, thanks to the glitzy nightlife of London!

England’s capital, London, is a historic place. There are many nightlife options and clubs and bars all across London. The city is a significant global center for nightlife. At night, a lot of people will be out on the streets. People from all over the country and the world will be in these cities. It is a tourist-friendly city with excellent hotels, restaurants, bars, pubs, and nightclubs. You may use this guide to learn about London’s best nightlife, pubs, and clubs. First, let’s start our conversation with London’s renowned nightlife areas.

Despite its reputation as a medieval city, London is today home to some of the most advanced people on earth. People worldwide aspire to travel to this city and experience its history and nightlife charms. Every London district boasts many bars, clubs, and pubs. There are 262 districts in London, but some need to be mentioned that are great for a night out. In these areas, you may have a great time with your pals on weekends and throughout the workweek. One of the most visited cities by tourists in London. 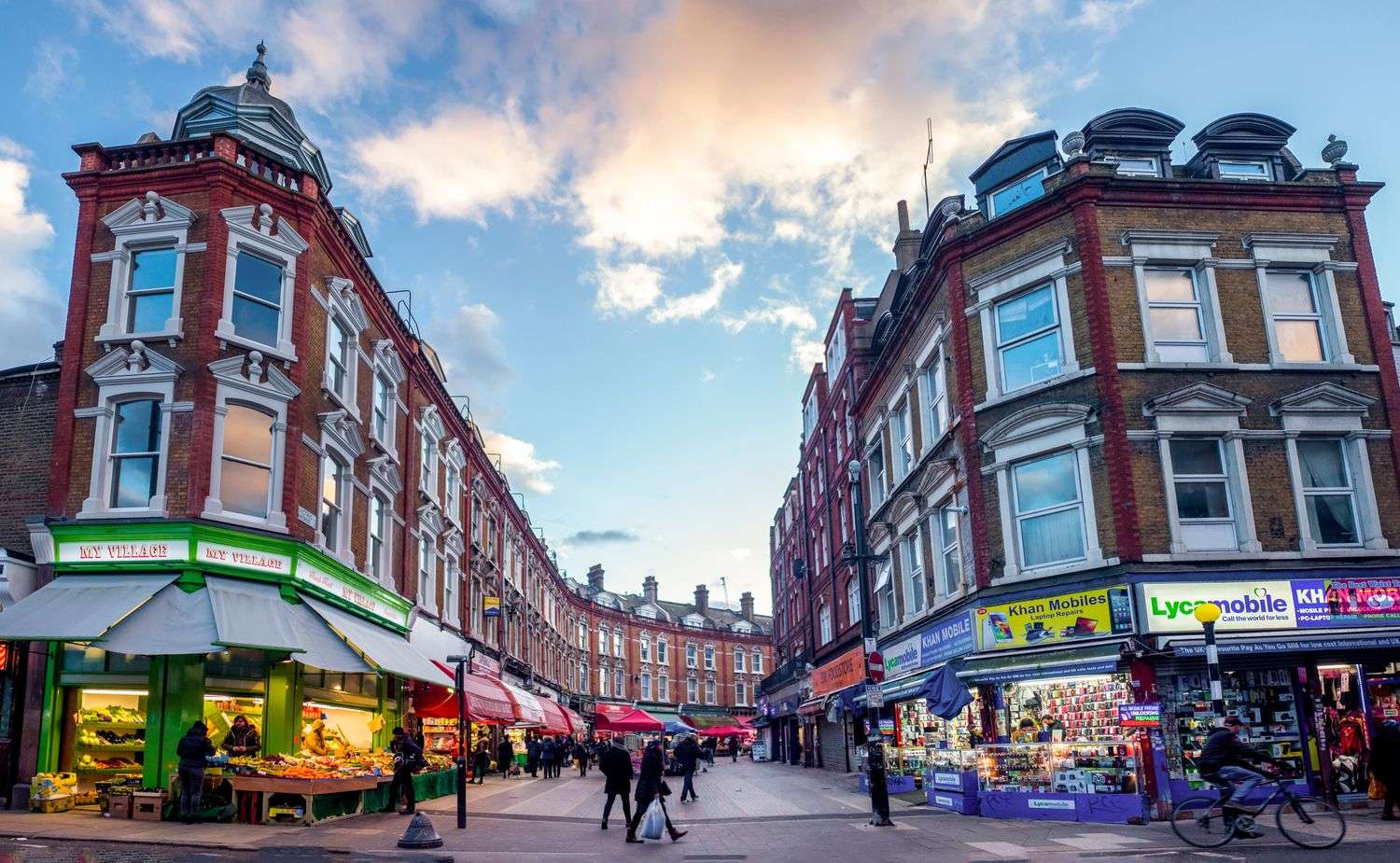 Brixton clubs provide everything, so the party can finish after it starts, whether you’re searching for a pub with a late license or a fantastic club where you can dance the night away. Start your evening at Dogstar on Coldharbour Lane, London’s first DJ bar, and then head to Jamm, a 600-person nightclub with hip-hop, R&B, hard house, and trance music.

When it comes to bars, Brixton is the best area in London. Many bars stay open late, and some historic pubs are open all night. In this neighborhood, drinks like wine, vodka, cocktails, etc., are affordable. As a result, both tourists and residents find it to be a desirable location. The Blues Kitchen Brixton, Seven at Brixton, and The Shrub and Shutter are some of the well-known bars in this area. In addition, there are several well-known nightclubs in Brixton, including Club 414, Brixton Jamm, and Phonox.

Brixton clubs provide everything, so the party can finish after it starts, whether you’re searching for a pub with a late license or a fantastic club where you can dance the night away. Start your evening at Dogstar on Coldharbour Lane, London’s first DJ bar, and then head to Jamm, a 600-person nightclub with hip-hop, R&B, hard house, and trance music.

Brixton indicates the multiculturalism that helped make London the cosmopolitan metropolis it is today. Brixton, a center for creative creativity and variety, will entice those interested in culture. Why not visit the well-known Brixton Market or browse our list of other fantastic things to see and do in Brixton if you find yourself here during the day? 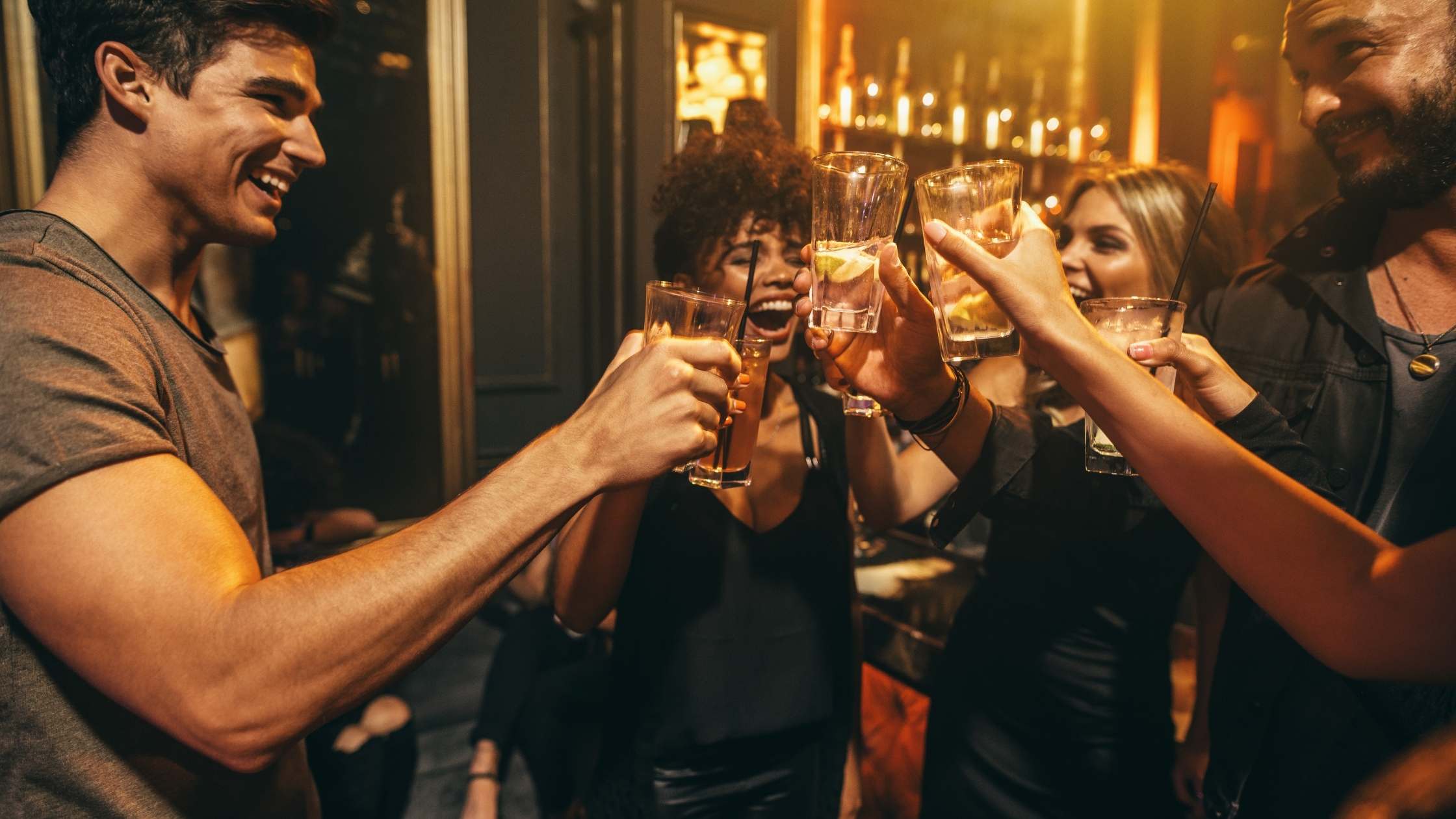 Every time you visit London, you will find new pubs in Chelsea, known for its traditional taverns. In addition, London’s Chelsea neighborhood is well-known for its nightclubs, bars, and pubs. Therefore, you are advised to remain in this area if you are a night owl.

The renowned bars in this area include Barts, Beaufort House Chelsea, and Ye Old Chelsea Arms. The 151 Club, Raffles Chelsea, and Montezuma London Club are a few of the well-known nightclubs in Chelsea. Chelsea’s nightclubs and bars stay open till the wee hours of the morning. Chelsea is well-known for its nightlife in addition to its football fame. 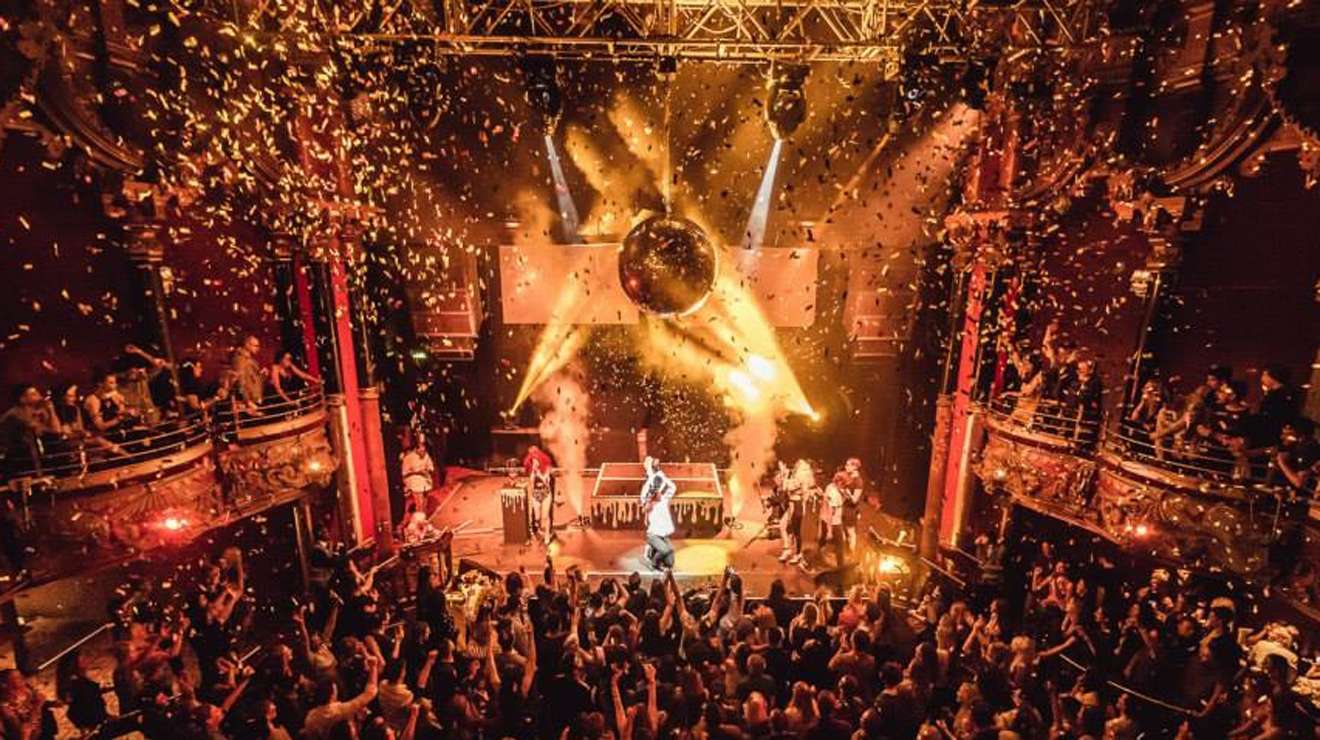 Another fantastic area in London for both tourists and locals is Clapham. Beautiful pubs and clubs may be found in this area of London. In addition, you’ll experience fantastic music and refreshments in the local taverns and clubs. The three most well-known areas in this area for nightlife are Clapham North, Clapham South, and Clapham Junction.

The well-known nightclubs in Clapham include Infernos Nightclub, 64th and Social, and So. UK. The best cocktail bars in this area include Adventure Bar, WC Wine, Charcuterie, and Be At One Clapham Common. During your visit to London, you will have a fantastic time at these locations. This area of London is frequently suggested for tourists to stay in.

Chelsea, a neighborhood famous for its historic taverns, has new pubs you may discover every time you visit London. Chelsea, a district in London, is widely known for its bars, taverns, and nightclubs. If you are a night owl, staying in this neighborhood is suggested.

One of London’s most renowned nightclubs, XOYO, stands out in the center of Shoreditch, only steps from Old Street Station. Every Saturday night, Pleasurehood invites you to immerse yourself in a world of excess and hedonism brought to life by the best DJs in the world. The most significant place to see this is in the VIP sections. Straight ahead of the line, enter a room with a view of the dance floor. Enjoy drink refills all night long with table service. Midweek, XOYO is also accessible for private hiring events.

The dance floors of XOYO, a fan favorite among the clubs in central London, are rocked by disco and techno music. One of the best clubs in London, XOYO has hosted DJ performances, including The 2 Bears, Jack Bears, Skream, and Bicep.

The previous DJ booth has been destroyed, and the new one is now located at the floor level’s other end of the room. The previous booth’s empty area will be used to expand the venue’s stage for live music events.

The main area, which has previously hosted artists like Drake, Motor City Drum Ensemble, Skepta, Richie Hawtin, and others, has also received better lighting and a new sound system installation.

In September 1991, the Ministry of Sound formally inaugurated its operations. Our residence, in south London’s less-famous-than-famous location, was a vacant bus garage that was modeled after the expansive house venues of New York. The first night featured no booze, three flashing lights, and gloomy security, and you could never get beyond the ominous, prison-like gates unless you knew the names of at least 12 Chicago house DJs.

The evening was successful despite these peculiarities, and within a few weeks, news had spread that something exceptional had appeared right in the center of London’s club scene. This one was the first club to take up the challenge set forth by the house music genre.

The Ministry of Sound- London 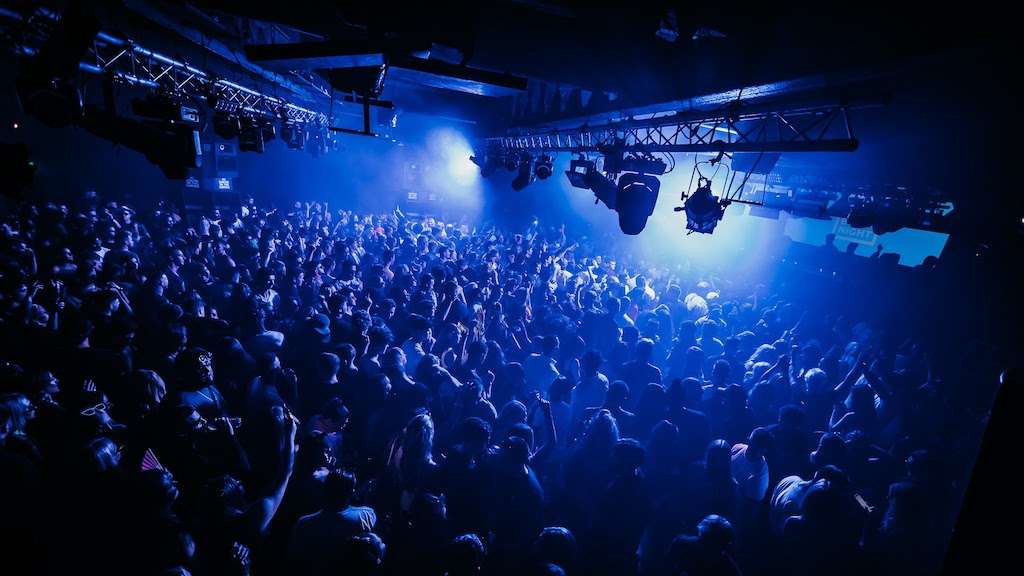 The flagship club of the Ministry of Sound is located in the center of London and is well-known to all-night crawlers. It has hosted some of the finest DJs in the world and features house and trance music, making it one of London’s top nightclubs.

In September 1991, the Ministry of Sound formally inaugurated its operations. Our residence, in south London’s less-famous-than-famous location, was a vacant bus garage that was modeled after the expansive house venues of New York. The first night featured no booze, three flashing lights, and gloomy security, and you could never get beyond the ominous, prison-like gates unless you knew the names of at least 12 Chicago house DJs.

The evening was successful despite these peculiarities, and within a few weeks, news had spread that something exceptional had appeared right in the center of London’s club scene. This one was the first club to take up the challenge set forth by the house music genre. 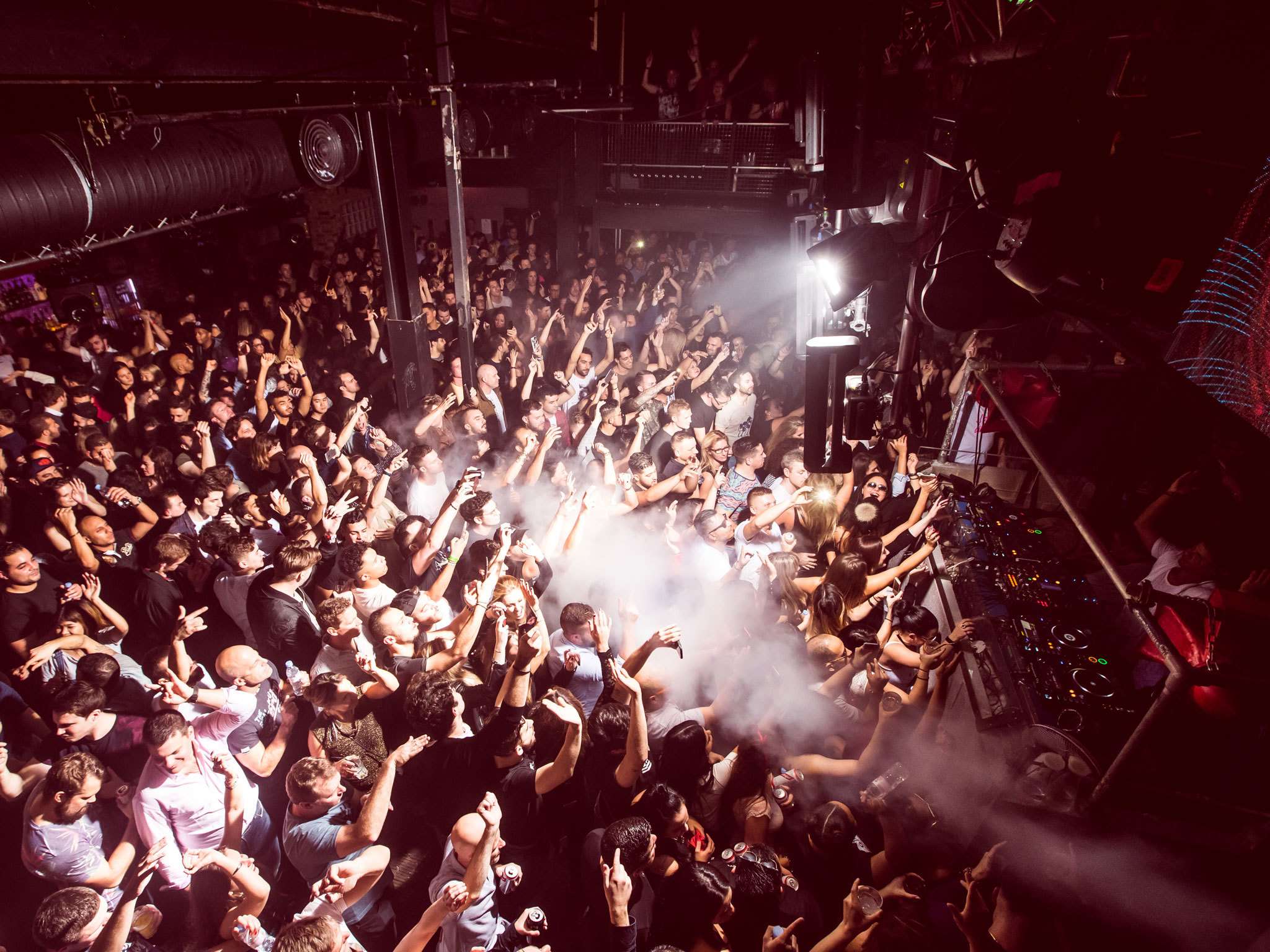 ‘Egg’ London, which stands for rebirth, has become a staple of London’s nightlife. It is one of the biggest clubs in London, with a capacity of more than 1,000 spread across five rooms. To psychedelic electronic music, you may dance until morning.

At King’s Cross, exit the tube, start walking along York Way for approximately ten minutes, and you’ll be there. If you’re not up for the hike, an Uber will take you there in a few minutes.

What is the mood?

From chart-toppers like Tough Love to underground techno stars like Julian Jeweil, all the heavy hitters from Europe and the rest of the globe provide house, tech house, techno, deep tech, deep house, and everything in between. The audience comprises a mix of students, Londoners, and visitors (mainly Italian). It’s also one of the few clubs in the region with a 24-hour license, so people on an excursion frequently make it their final stop.

Why is it a fantastic location?

After a few renovations over the past few years, Egg now has a great sound system in every room, a beautiful garden area, and an outdoor patio for summer day raves. In actuality, they alter the external roof based on the seasons. Since it has been open for 13 years, every aspect of the club runs well and is constantly being upgraded. For instance, the most recent renovation added a new mezzanine level to the main area. 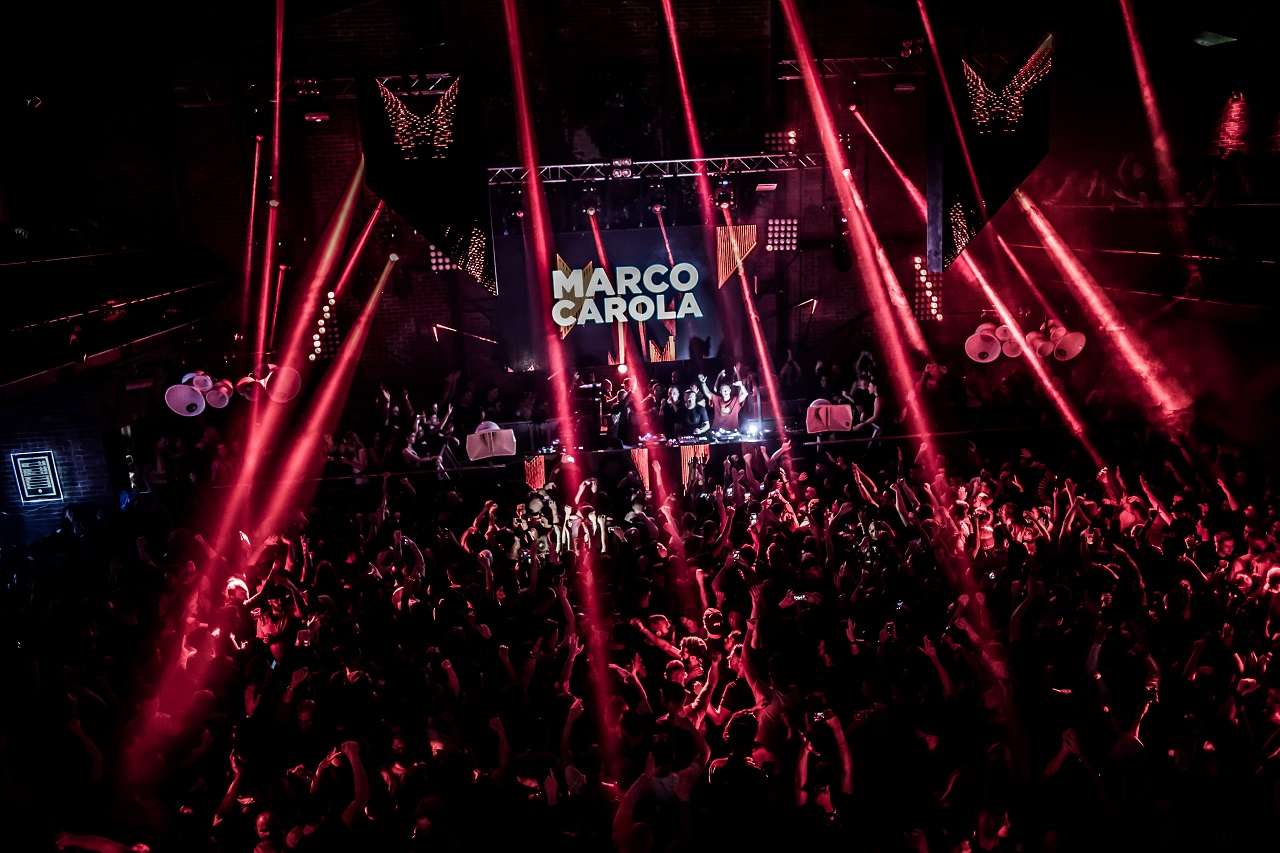 The main goal of Studio 338, when it initially started operating in 2014, was to bring Ibiza to London. Although it has since been outdone in capacity, it is nevertheless a true homage to the megaclubs that dot the White Isle. At the time, it was the largest club in the capital. As far as it is feasible in southeast London, Studio 338 can replicate the sunset-to-sunrise experience that Ibiza is famous for, thanks to its vast outside terrace and enormous inside area.

As the club crossed the two-year milestone, it grew stronger until tragedy struck in August 2016. Unfortunately, one of the club’s employees perished due to fires that devastated the structure. So naturally, the location needed some time to rest. However, it quickly regained its footing after reopening in full in September 2017 with a fantastic new sound system, and it quickly became one of London’s favorite dance music venues again.

London is one of the well-known contemporary cities with vibrant nightlife. Visitors to London may enjoy dancing, drinks, music, and entertainment at incredible bars, pubs, and clubs. It contains options for homosexual men, gay women, and straight ladies to spend their nights thoroughly entertained. Shoreditch, Soho, and Elephant are a few of London’s well-known neighborhoods for their nightlife and nightclubs. Every neighborhood in London has bars where you may get the best cocktails. In London, there are a ton of night-time entertainment options for students.