It should not be surprising that Monaco Nightlife can transform any night into a lavish experience, given that current estimates place 30% of its people in the affluent group. Moreover, Monaco is a principality and the second-smallest city-state in the world (after the Vatican). In truth, the Grimaldi family has controlled this country since 1297, and Prince Albert II is currently the constitutional king. But it’s not simply Monaco’s luxurious past that distinguishes it as one of Europe’s, if not the world’s, most lavish party destinations. The country’s Monte Carlo sector started to host casinos in the late 1800s, and soon after that, a railway connected this area to Paris.

Monaco was home to a thriving casino and entertainment center and a gorgeous place that made daytime excursions worthwhile. However, Monaco has yet to put forth much effort to maintain its relevance because of its location on the French Riviera, proximity to important Italian, French, and Spanish cities, and its association with riches.

Monaco has changed its legal policy to serve its wealthiest residents, paying homage to its past and reputation. As a result, the city-state has developed into a hub for banking without an income tax or high corporate taxes for its inhabitants. Due to this, Monaco qualifies as a tax haven where money may be invested in real estate, business, or nightlife in the countries on this list.

Is there a better site to enjoy your nightlife than somewhere France borders on three sides, the gorgeous Mediterranean on the other, and that is just 30 miles from the Italian Riviera? The world’s wealthiest and most prestigious VIPs and celebrities swarm the city’s hottest casinos. The days in Monaco may be spent lounging on the white sand beaches and swimming in the clear Mediterranean seas, while the evenings can be spent in Monaco’s trendiest bars, restaurants, and casinos. Luxurious, comfortable, and exotic best define the facilities offered at some upscale Monaco locations. Let us take a look at some of them.

Many renowned Casino is located in Monte-Carlo. Stunning gold and marble atrium, paintings, sculptures, and gambling are just a few highlights of this opulent castle. Stunningly situated between medieval French towns and the Alps, Monte-Carlo is steeped in 700 years of Grimaldi royal history. Enjoy a world-class opera or ballet performance, laze on Larvotto Beach, or experience the thrill of the Formula 1 Grand Prix in May. 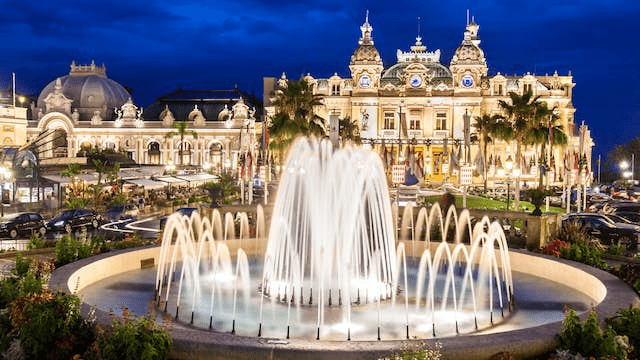 The Casino of Monte Carlo is operated by the Société des Bains de Mer de Monaco, a publicly traded corporation majority owned by the Royal Grimaldi family. It is as abundant on the outside as it is on the inside. The starting price for a bet is only €5. However, there is no betting limit in a private areas. When sites like Oddschecker offer $500 risk-free bets for all types of games, whereas the Monacan Casino lacks some popular games like Texas Hold’em poker, Pai Gow poker, and video slots, it may be worthwhile to view the Casino of Monte Carlo as more of an experience than a chance to blow your budget. 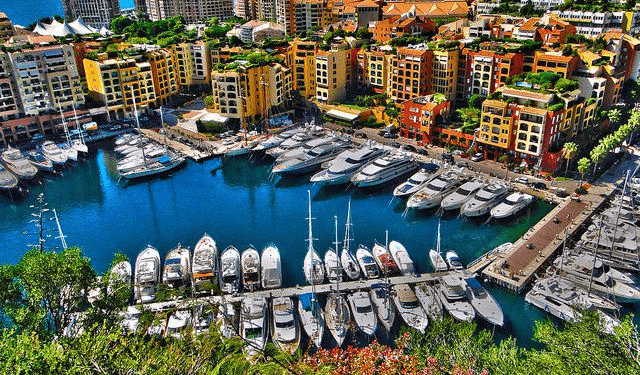 Monaco Ville sometimes referred to as “the rock” or “le rocher,” is another attraction. Monaco-Ville, an incredibly gorgeous location, is still fundamentally a medieval settlement. Most houses from the previous century are still there, and the area is nearly entirely composed of pedestrian-only streets and alleys. Tourists may stay, dine, and buy at various hotels, restaurants, and gift stores. The Prince’s Palace, the Cathedral, the Oceanographic Museum, the City Hall, and the Saint Martin Gardens are also worth a visit.

Learn about Monaco-Ville, the oldest section of the Monaco principality. Stroll through its delightful maze of cobblestone streets, historic structures, quaint shops, and gift and souvenir stores. One of the charming tiny cafés and restaurants is a great place to stop for a drink and a bite. They include many Italian restaurants whose opulent fragrances permeate the area throughout lunch and night.

Monaco-Ville is a little region that exudes beauty and charm. It’s a great spot to visit. A visitor can get a good sense of the old Monaco before the contemporary skyscrapers and the opulent yachts and super yachts anchored in the bay and port. As you read this section, other areas in Monaco that are popular tourist destinations include:

The beaches are in Monaco

There are several sandy, undeveloped beaches in Monaco where you may relax while listening to the waves and soaking up the sun. About 30 miles from the Italian Riviera, these immaculate beaches in the Mediterranean provide the best of both worlds because France borders them on three sides. Here are a few of Monaco’s well-known beaches: 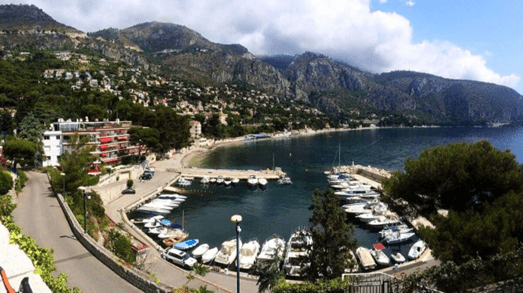 Eze-Sur-Mer has one beach, but it’s a beautiful one that’s perfect for swimming because the water is in a quiet harbor and comes quite high up the beach. It is a beach that offers good swimming, eating, and sailing opportunities in addition to having clean restrooms and showers, two restaurants, and a variety of watersports. Although showers are available at the public beach, there are also two private beach clubs with restaurants, sun loungers, and parasols. Other famous beaches are the following:

In Monaco, people like drinking and having fun both day and night. Monaco’s unofficial national beverage is champagne. Additionally, a glass of champagne might run you almost 40 euros. So, while visiting Monaco, be prepared to empty your bottomless pockets. Here are a few of Monaco’s most upscale bars: 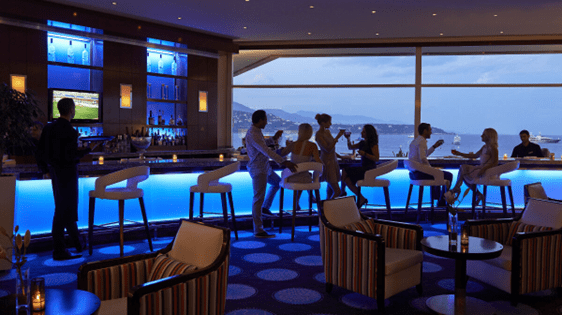 Saphir 24 truly captures the waterfront beauty of Monte Carlo, with its expansive windows overlooking the beautiful sea, elegant design inspired by the ocean, and an exceptional drink and beverage menu. In addition, the bar of the opulent Fairmont Hotel is available around-the-clock, allowing visitors to unwind with a beer and a sporting event in the evening or an afternoon high tea with a champagne drink. 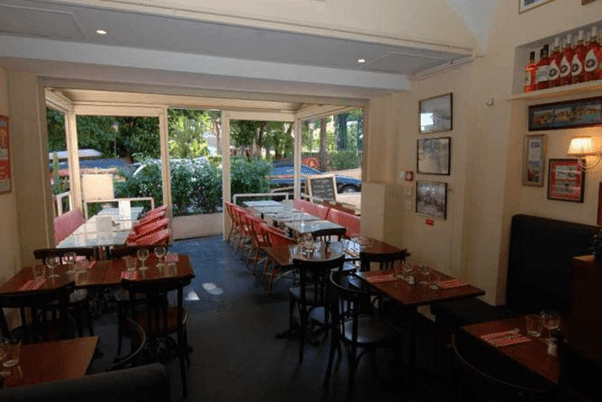 The aim of Brasserie de Monaco, established in 1905, was to provide a variety of beers brewed in Monaco utilizing organic, regional malts for a unique and original flavor. The brewery reopened in 2008 after a 30-year sabbatical and has become a popular drinking spot for residents and visitors. Their home-brewed formula blends actual craft beers with classic brewery tastes to create intriguing, cutting-edge, and—most importantly—delicious items. So if you’re looking for a light beer with a little spicy flavor, try the Pils de Monaco.

Monaco is also the home to some of the VIP Night clubs. The following are some of the top VIP nightclubs in Monaco.

Welcome to the ultra-VIP world, where 6-liter bottles of champagne are the norm, and the world’s best DJs have spun the turntables. It should be no surprise that Monaco has a diverse range of nightclubs and nightlife options, given that it is one of Europe’s primary playgrounds for the wealthy and famous. Monaco is home to several beautiful and sophisticated pubs and clubs with breathtaking views of the Mediterranean and decor that epitomize opulence. It’s understandable why this tiny Principality has drawn so many famous people, the rich, and thrill-seekers from around the world throughout time.

The upmarket hotspot VIP Venues in Monaco have DJs spinning, valet-guarded parking, immaculate VIP Venues that never lose their unique appeal, and great drinks. Lounges. You ate bound to have a great time at these nightclubs in Monaco. 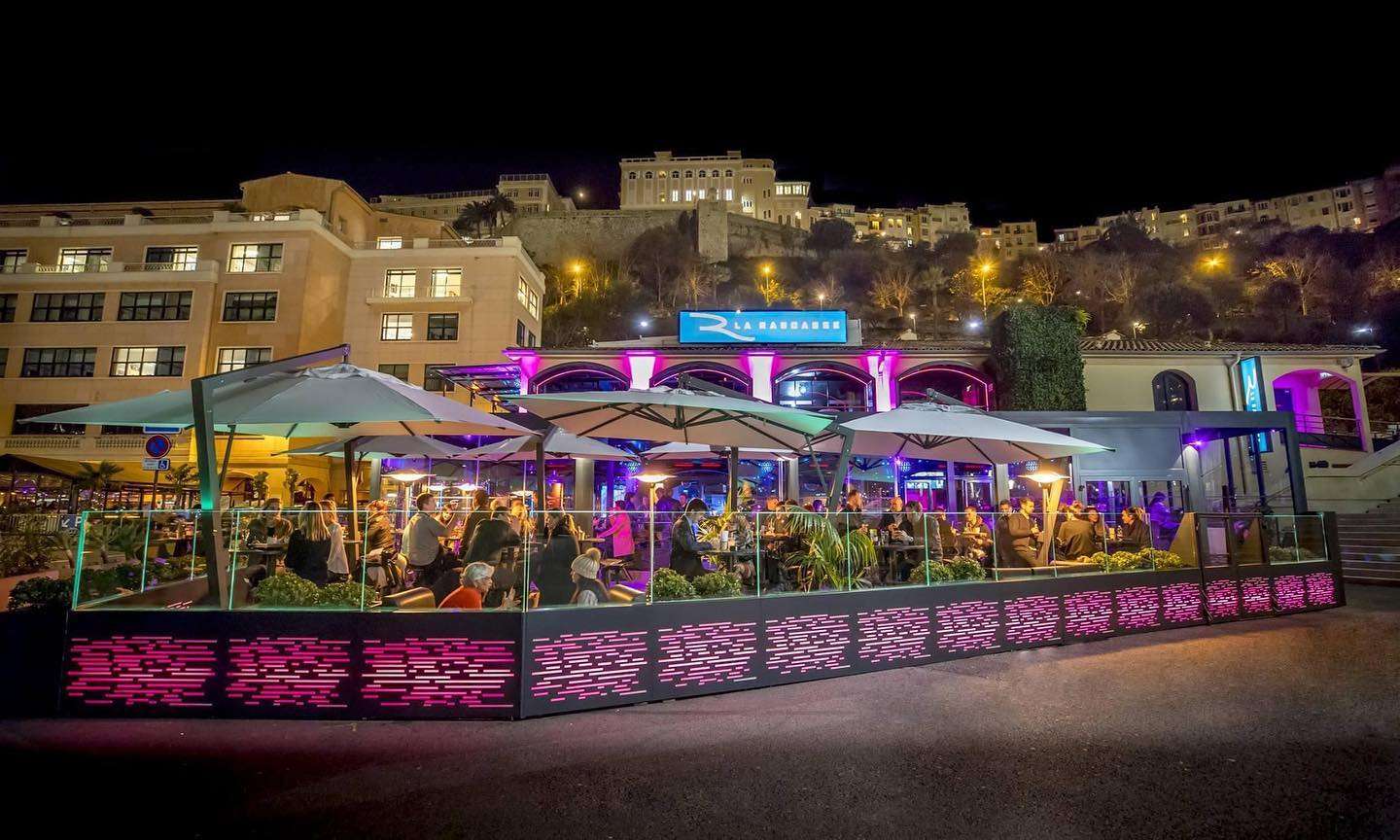 La Rascasse, a nightlife hub, is where you should go in Monaco if you want a wonderful time. Clubbers converge at this iconic location, situated on a bend of the Monte Carlo Grand Prix circuit. In the summer, there is a DJ from Tuesday to Saturday and an acoustic duet on Friday and Saturday at 7 p.m. For your best enjoyment, salsa is played on Thursdays throughout the year and on Wednesdays in July and August. A bar that increases the unexpectedness!

A nightclub and bar called La Rascasse are located in the Port of Monaco, next to the luxury boats. The well-known Rascasse turn on the Monaco Grand Prix circuit is whence this location received its name. La Rascasse, located on the Rascasse curve of the track, is a must-see for every F1 enthusiast. The nightclub, which offers two distinct ambiances for visitors to this historic site, best represents the genuine character of Monaco. It has a huge outdoor patio with views of the harbor and enormous superyachts, a very contemporary inside bar with a dance floor. A cozy café by day, this location transforms into a pub with live music in the evening, when DJs take over midway between midnight and morning. 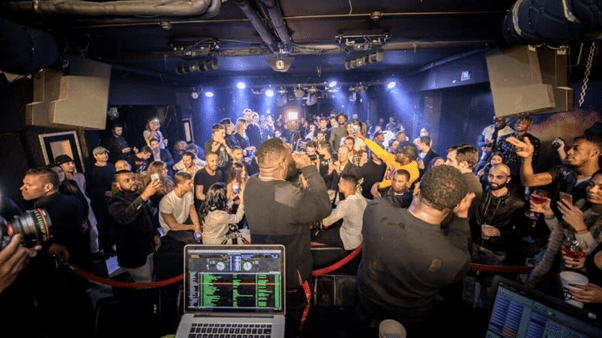 Nightclub MK Club Monaco is situated at 8 Route de la Piscine in Monaco. It is a newly renovated institution that is quite contemporary and fashionable. It is regarded as one of the most well-known nightclubs in Monaco. MK Club has a respectable-sized dance floor and a respectable-sized interior. They offer a sizable bar with an absurd variety of pricey beverages and cocktails. The atmosphere is out of this world, and the rooms are exquisitely furnished to make you feel spacious and opulent. If you can imagine a drink, the bartenders will try to prepare it for you. The staff, the staff is highly knowledgeable and kind. Drink costs in Monaco are standard, although when compared to other hotspots in Europe, Monaco is expensive.

Friday and Saturday hours are open. MK Monaco is unquestionably one of the most well-liked places in the Principality for a fun night out, with an average of 1000 visitors every weekend.

Commercial, hip-hop, and house music make up the musical style of MK Club. You can count on our resident DJ, Chris Simple, to make your night out one to remember.

Although the club is undeniably beautiful in the afternoon, it transforms into a sensual nightclub without a hitch. The dance floor of MK Club is small and decorated with neon lights that flash all around.

As it established itself as a high-end nightclub, MK Club features resident artists as well as foreign DJs and vocalists. Visit the Monaco club to broaden your musical horizons because the shows are dynamic and varied.

A diverse group of people who are ready to take the city by storm frequents the Monaco nightclub. Chic locals and visitors arrive at MK Club with no plans to leave before dawn.