Barcelona is a famous city steeped in history. The long-lasting nightlife scene and the amazing venues in the city are no exception. Collectively, the amazing nightclubs in Barcelona have created a high-end scene that comes with a diverse range of clubbing options for the party-lovers from across the corners of the world. Each venue in Barcelona comes with its own set of unique characteristics that are worth exploring for yourself. We will present to you the Top 10 night clubs in Barcelona. You might have heard about the intense nightlife scene of the Barcelona city. These claims are quite true as this majestic city unfolds a myriad of top-class nightclubs for the club-lovers from around the globe. Whether you wish to groove to your favorite music track or to attend some high-end party or event –Barcelona has got a club for you. Here are some of the best nightclub suggestions for you in Barcelona that could enhance your nightlife experience in the city:

If you wish to experience the world-famous clubbing feel in Barcelona, then Pacha is a one-stop solution for all your clubbing needs. You can get the ultimate Ibiza style clubbing experience in its purest form at Pacha, Barcelona. Pacha nightclub is known for brining amazing music nights to the Port Olympic location. Once you visit the club, you would be greeted by the sleek white interiors and a spectacular view of the beach. Located near the Barceloneta Beach, the nightclub is known for attracting the high-end crowd that appears international enjoying the both casual as well as intense clubbing atmosphere. Worldwide, the Pacha Barcelona nightclub is known for its brand notoriety and attracts some of the best national & international DJs from the trending music life to the city. On Sundays, the overall vibe of the club tends to be dramatically different from the other weekday nights. 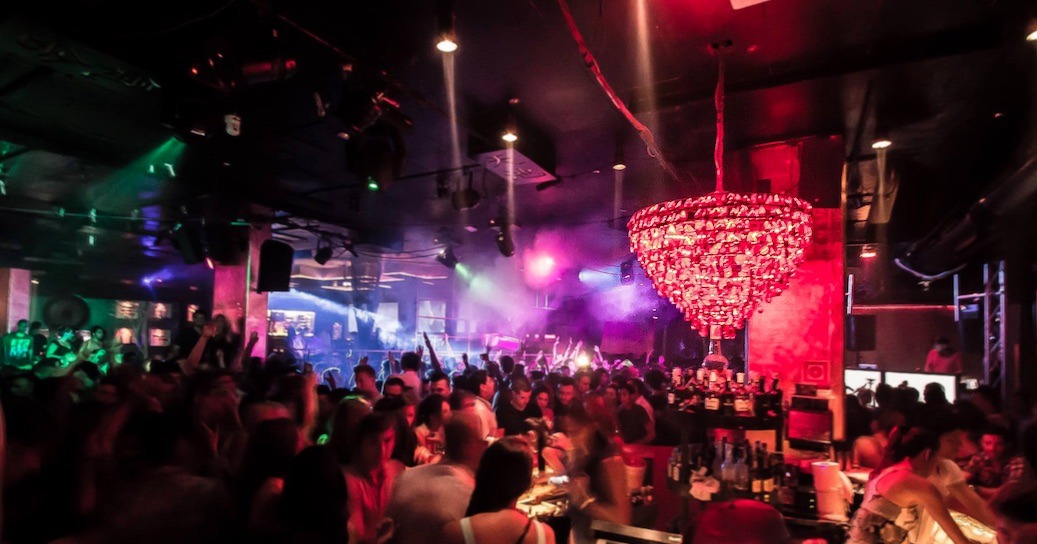 Shoko nightclub in Barcelona is known for offering glamorous style along with its excellent offering of top-class music tracks including R&B, EDM, Hip Hop, House, and various others. The restaurant area at the club is known for serving delicious Asian Fusion & Mediterranean cuisines. As the clock strikes midnight, the trendy lounge and restaurant of the club offers a fully bustling nightclub extravaganza in the city. Located on the beachfront in the city, the Shoko nightclub is an ideal location for the clubbers who are looking for the high-end Barcelona beachside glamour. The nights in this club are famous for the overall originality and the cutting-edge themed events & parties. In terms of the overall design, the décor of the nightclub is inspired from the Asian-theme with a contemporary touch as you get to find in-depth essence in every corner of the club. 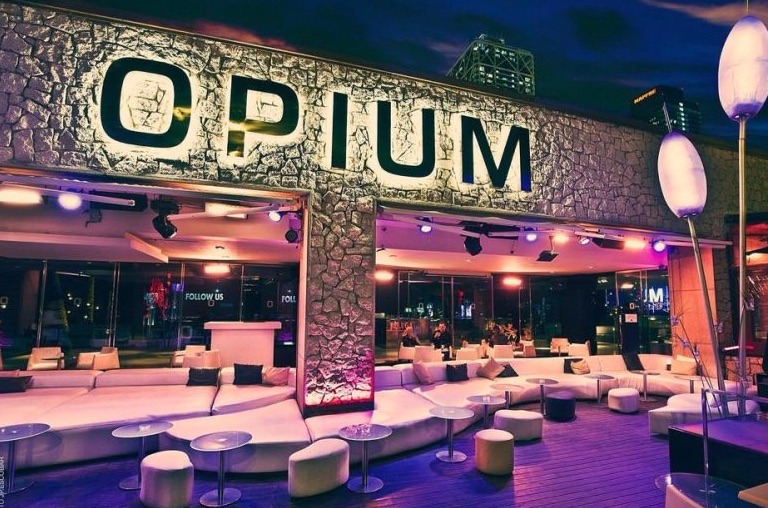 When you wish to catch big names in the city, Opium Barcelona is perfect clubbing destination for you. The bespoke venue of the club boasts classy, huge beach terrace along with an unpretentious vibe, the club attracts young, beautiful clubbers from around the world. Having a massive capacity of around 3000 people, the Opium Barcelona manages to go fully packed every day of the week. As far as the music at the club is concerned, you can find several high-end names like David Guetta, Avicii, Tiesto, and so more. With such an impressive repute, the Opium nightclub in Barcelona has garnered the respect of being one of the best nightclubs in Barcelona. If you have an avid love for music, you can groove all around the night in this dramatic club.

Yet another fancy looking cocktail bar cum club, the Eclipse is situated on the 26th floor of the high-end W Hotel in Barcelona. Though staying here at nigh might not be a budget-friendly option for many, still you can take the luxury of enjoying the aura of this world-class club for enjoying the amazing nightlife scene of Barcelona. At Eclipse nightclub in Barcelona, you get to celebrate every night with exhilarating views of the Barcelona city from the top of the 26th floor of the W Hotel. The club is known for offering intense clubbing atmosphere to its guests through amplified DJ beats, inventive cocktails & drinks, and highly creative Sushi Fusion Cuisines –all of these setting tone for a remarkable night.

Located in the upper parts of Barcelona, the Bling Bling nightclub in Barcelona is rated as one of the best nightlife hotspot in the city. The Bling Bling nightclub was developed with the purpose of becoming the focal point of intense clubbing and to serve as the hottest club in the beach city. Owing to its warm clubbing environment, the Bling Bling nightclub is able to attract a great crowd. Following a strict door policy, you must make it a point to abide by the dress code here. The overall beautiful design and spectacular parties happening around in the club make it one of the most sought-after clubbing destinations in the city. The interiors of the club appear high-class & fancy and are clad with high-end, classy furniture. Make the most of your time in this elegant club as you get to enjoy some plush, trending music here. 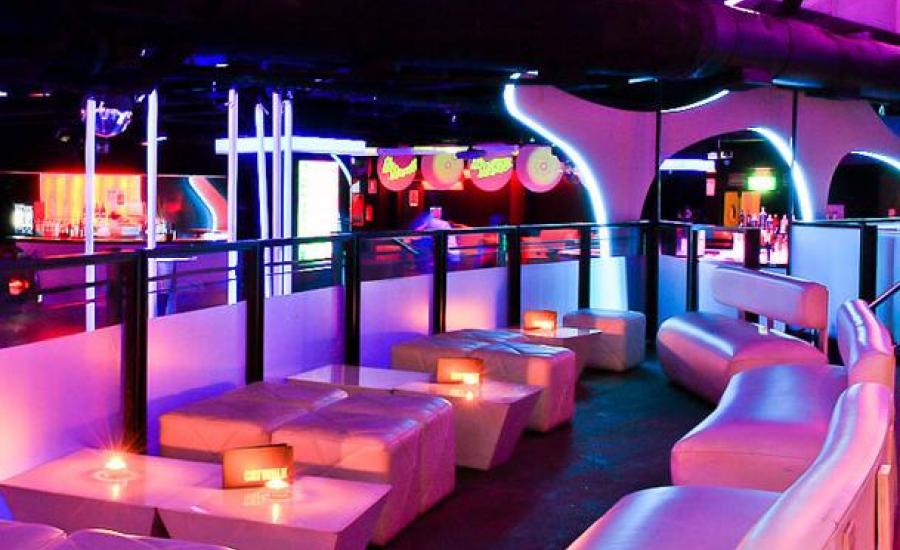 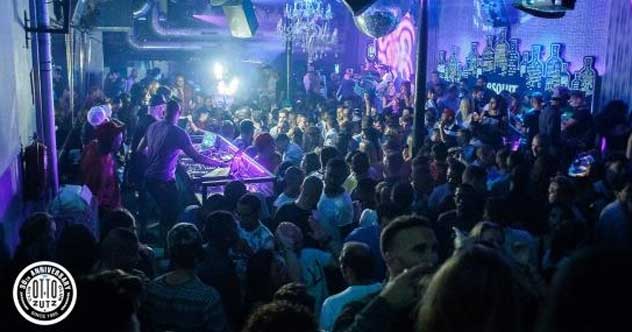 For some intense, chic clubbing experience, the Club Otto Zutz brings in the concept of the high-end Clandestine VIP club to the city. The place is home to feel the high nightlife party scene of the city in its full glamour. Located in the neighborhood of Gracia, the Otto Zutz club in Barcelona offers classy atmosphere like several other famous beach clubs without the hordes of international tourists pouring in. On the top floor of the club, you will come across exclusive “Los Altos” space that gets often visited by A-listed celebrities in the town. Every night, you would feel top music tracks including Hip Hop, EDM, House, R&B, and others spinning around in the club.

Located towards the upper regions of Barcelona, the Sutton nightclub in the city has become one of the highly visited and aspired nightclubs in the beach city. Hosting some of the most high-end, international parties, the Sutton nightclub in Barcelona is a clubbing haven for most of the club-lovers and high-end party-goers. Sutton is a world-class nightclub that is frequented by those who wish to enjoy some classic, lavish nightlife experience in the city. 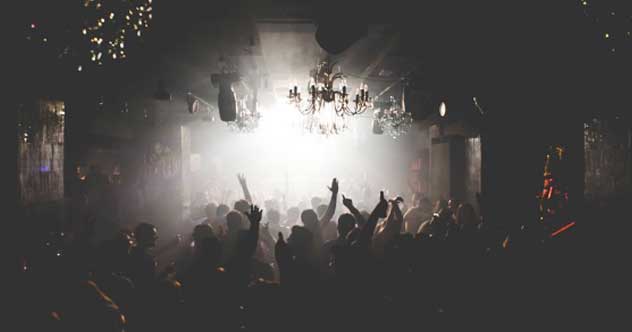 A techno underground clubbing haven in Barcelona! Offering an intense underground clubbing atmosphere along with the presence of some great techno artists on the list of Las Ramblas, the R33 is a concept club which tends to be a favorite place for all the techno lovers in the city. Located on Las Ramblas, the R33 nightclub comes as a new Saturday series belonging to the Dome Club. The crowd of the club is full of techno freaks who will be dancing till early morning in a seductive and cozy atmosphere. The R33 nightclub showcases leading techno international artists like Carl Craig, and various others on a frequent basis. At this high-end club, be prepared to move your body for dancing all night long! 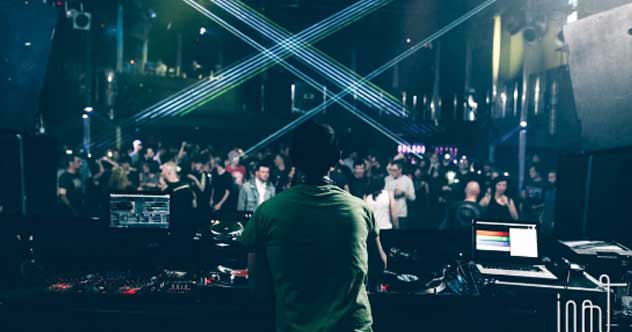 The high fidelity nightclub in Barcelona, the Input club offers the feel of revamped techno temple offering a fitting venue in order to listen & dance through some high-tech music tracks. The Input club in Barcelona packs a great punch with the overall brand-new sound system along with the dazzling LCD screen. Situated in Poble Espanyol, the Input club offers an industrial aesthetic appeal that offers a great feel to the underground music scene. The club is open on Fridays & Saturdays and you can expect observing several international amazing artists playing here during the summer time. Check out for the recent prices to the club and dress yourself appropriately for the special party or event as the club follows a strict entry policy for its guests. Look out for these top nightclubs in Barcelona! Have intense fun as you get to spend some great clubbing experience in the city!