Ibiza has always been synonymous with top-end nightclubs in the city for offering an eventful clubbing experience to the club-lovers from across the corners of the globe. For a tiny island spot like Ibiza, there has been a lot happening with respect to clubbing. With such a myriad of the clubbing options, you will be overwhelmed by the immense grandeur offered by the top nightclubs in Ibiza. We will present to you the Top 10 night clubs in Ibiza. A typical day out in Ibiza might appear to be extremely chilling as you can head out to some of the most pristine beach clubs in the island. On the other hand, during nights, you can get a sense of the town’s madness as sunset transforms these leading clubs into a clubbing haven wherein you can groove all night long. The clubs located in Ibiza are known for hosting some of the world’s best clubbing nights and DJ experiences throughout the year. Whatever might be the occasion, make a point to visit some of the top nightclubs in Ibiza. Here is our list for you: 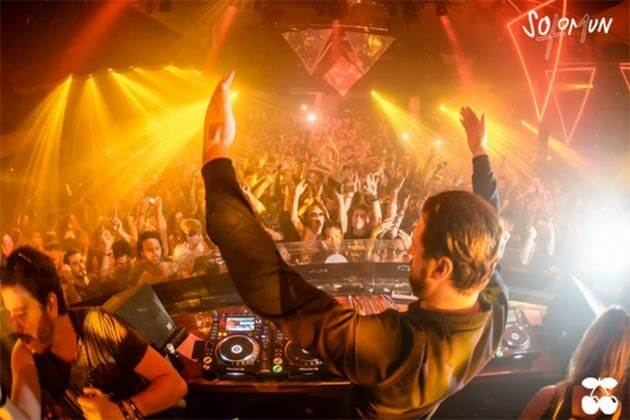 Converted out of a small finca in Ibiza, this amazing nightclub is rated as one of the best in the given class. As the Pacha club has steadily garnered the respect of becoming the leading clubbing destination in the city, you can always trust the intense clubbing atmosphere offered by this club. Also being referred to as the original Ibiza club, the Pacha club is recognized by the unique Cherry logo. Situated near the Marina Botafoch & Casino in Ibiza, the Pacha club in Ibiza is known for attracting some of the high-end, big names including Luciano, Maceo Plex, Solomun, and so more. When you are in Pacha, Ibiza, you can enjoy the spectacular Flower Power which happens to be one of the most popular nights in the beach city. At this top-class club, you can take your pick from the classic music tracks for ensuring yourself a stunning nightlife experience in the beach city. 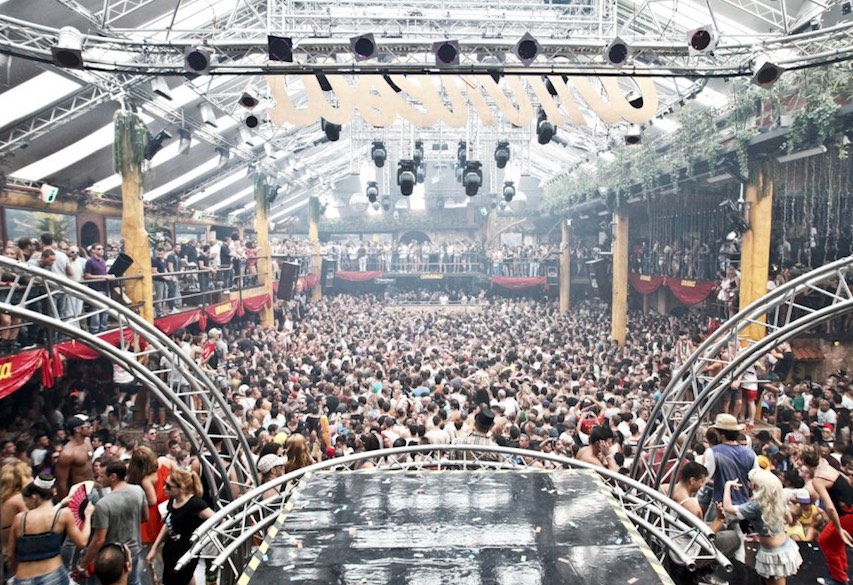 Regarded as one of the most quintessential nightclubs in Ibiza, the Amnesia nightclub offers a highly thrilling clubbing experience to its guests. Amnesia has been long serving as the backdrop for some of the most intense and fun clubbing experiences in the island. The club features two massive rooms –the Club Room in the form of a dark, cavernous cauldron and the massive Terrace that boasts an expansive arena with a beautiful glass roof. The Amnesia nightclub is known for its eclectic programming and covers the best music tracks including House, Bass, Techno, Latin, and even some eventful live shows & performances. Just like any other super-club, the Amnesia nightclub in Ibiza might turn out to be super busy at times. Therefore, it is recommended that you must make advance table reservations for the club.

The Destino Pacha Resort in Ibiza is the latest entrant to the Pacha group of nightclubs in resorts in the beach city. Launched recently in 2013, the Destino club in Ibiza boasts an amazing property situated on the cliffs of the spectacular Cap Martinet above the Talamanca resort offering breathtaking views over the beach town. The classic venue of the club is known for organizing massive open-air parties & events running throughout the night for your amazing clubbing experience. The Destino Pacha Resort venue in Ibiza also features its private nightclub known as the TOX. The nightclub area is hidden in the basement of the resort area and offers a thrilling underground clubbing feel to its guests. As the darkness falls, the club transforms into a clubbing haven for the club-lovers. 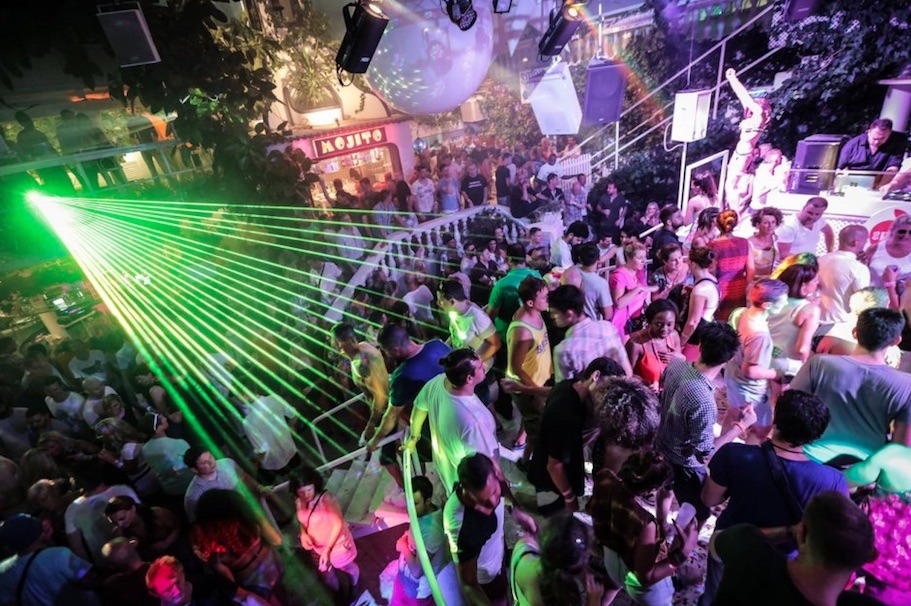 Hailed as the most beautiful club in the world, you can simply imagine the grandeur offered by this clubbing paradise. The club boasts the presence of a labyrinth along with a secret garden that emanates intense glam. The Es Paradis has been present in the beach town since the mid 70’s and offers an original charm of the amazing nightlife scene in Ibiza. The Es Paradis nightclub in Ibiza is known for excelling in dazzling Ibiza virgin party nights along with its infamous water party known as the “Fiesta Del Agua”. All of these factors make this Es Paradis an ultimate holiday clubbing experience. Following a strict door policy, you must make sure that you comply with the dress code policy of the club for being allowed entry easily. 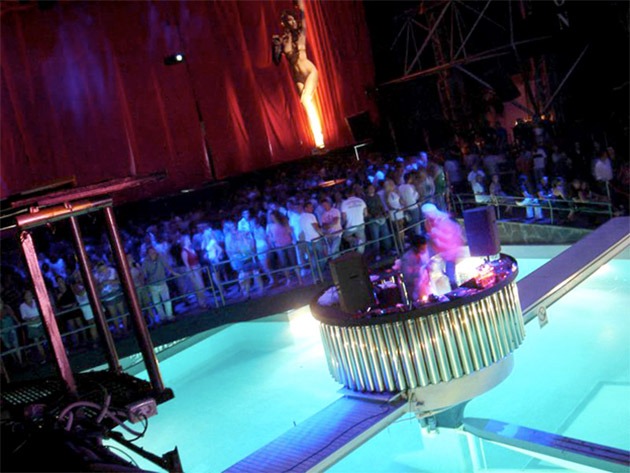 Rated as the “biggest club in the world”, you can simply imagine the immense grandeur offered by this elegant clubbing destination in Ibiza. Privilege nightclub in Ibiza is known for offering spectacular clubbing experience –like no other in the beach town. With its main room designed like a massive aircraft, the Privilege nightclub is known to be able to accommodate most of the other nightclubs located in Ibiza. With its beginning as the Ku, Privilege nightclub Ibiza had a sprawling swimming pool which was the core of all of its clubbing activities. The classic glass-encased Vista Club in Privilege is the clubbing haven for techno & house raves as the parties keep grooving the guests all night long. The Main Room area of the Privilege nightclub in Ibiza features the aircraft hangar which is 25m high and gets complemented by the amazing Vista Blue & Vista Club, several gardens, spectacular chill-out zones, and the iconic dome; making way for a captivating experience. 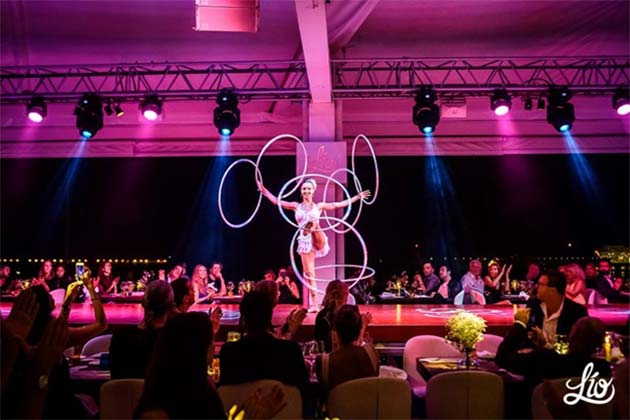 Situated right on the Marina Ibiza seafront, the Lio nightclub in Ibiza offers spectacular views of the old town, Dalt Vila and overlooks the majestic port of Ibiza. Previously referred to as the El Divino nightclub, the all-new Lio nightclub is the reputed member of the world-famous Pacha Group. Thus, the high-end club boasts the presence of a lethal mixture of high-quality art, intense clubbing, and live music experience to its guests. The Lio nightclub is the perfect clubbing destination in the beach town wherein the movers & shakers of the island come over to make the dance floor even more beautiful. At Lio, you can come across several amazing live performances and acrobatics along with daily dinner shows to keep you entertained throughout. The Lio Ibiza is famous for being the best cabaret on the island along with fancy outfits and the best crowd in the town. 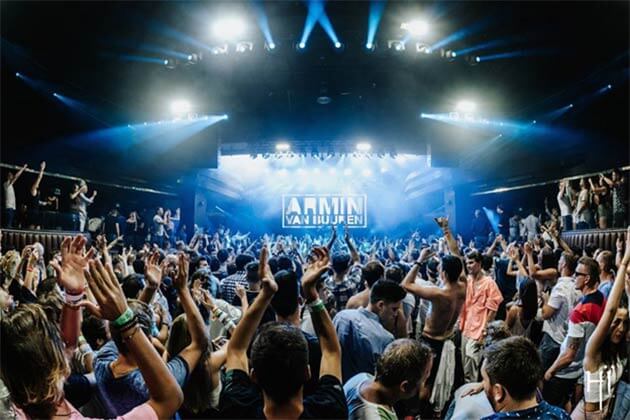 Being the latest entrant to the Playa d’en Bossa, the Hi Ibiza features state-of-the-art super-clubbing specifications for your amazing nightlife experience in the beach town. Divided into two main rooms or sections: the Theater and the Club, the Hi Ibiza club is one of the most renowned selections by the high-class clubbers in the town & worldwide. The nightclub is known for its impressive display of amazing light shows. One of the best features of this high-tech club is that its set-up changes almost every night for offering a unique clubbing experience every night. The nightclub also features 3 separate open-air areas along with VIP amenities, lots of vegetation, private tepee tents, and a specialized DJ booth. In addition to being one of the most eventful nightclubs in the beach town, the Hi Ibiza also provides impressive residences showcasing some of the widely known names in the music industry. 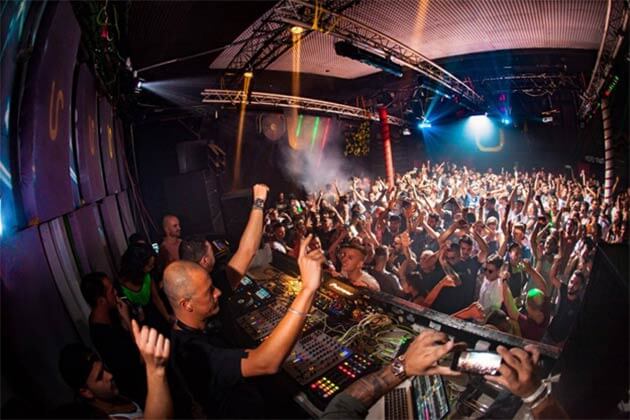 A highly recognized clubbing landscape in the United Kingdom, the Sankeys nightclub in Ibiza continues extending its legacy in the beach town as well. Recently launched in 2011, the nightclub has managed to establish a strong name for itself as a unique haven for those who love underground club music. The Sankeys nightclub in Ibiza is known for keeping entertainment & visuals to a bare minimum, while focusing completely on offering some high-end, thrilling music experience. Located in Playa d’en Bossa, the Sankeys nightclub offers a massive capacity of 1500 mad clubbers grooving all their way throughout the night. 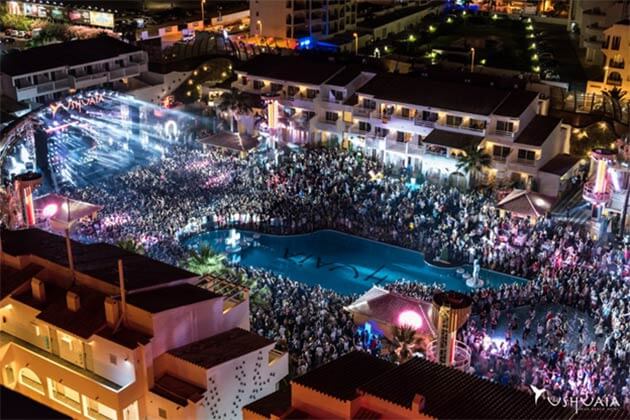 The Ibiza Ushuaia Beach Hotel houses the high-end nightclub which is frequented by some of the A-listers and top celebrities in the beach town. Quite synonymous with leading international DJs and glamorous dancers keeping you entertained throughout the night, the Ushuaia nightclub in Ibiza is one of its kind in the city. The Ushuaia nightclub has recently expanded itself into the luxurious Ushuaia Ibiza Tower which features stunning exterior as well as interior décor along with high-end luxury accommodation. Here, you will also come across the lavish pool area and a sprawling rooftop lounge terrace area with breathtaking views of the island. 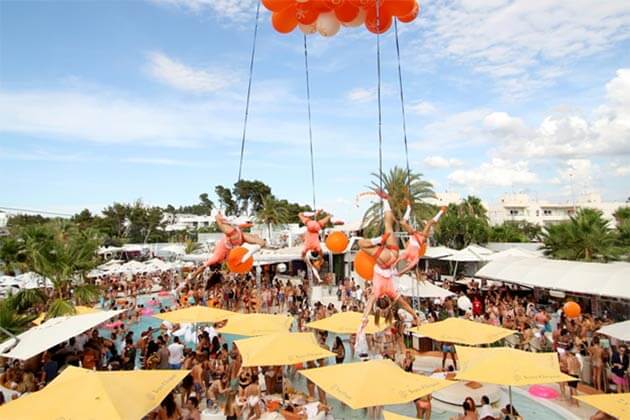 Recently launched in 2012, the Ocean Beach club area instantly gained ample impetus amongst the club-lovers from all over. Offering its own kind of bubbly, poolside fun, the Ocean Beach club is known for delivering stylish, decent pool parties almost every day throughout the week. At this lavish beach club, you can enjoy anything –right from day to night fiestas, amazing fashion shows, live performances, acrobatics, and private events. The club is famous for its astonishing crane shows along with VIP pool parties.

Make the most of your time in Ibiza by visiting these top nightclubs in the beach town!