Miami is one of the leading clubbing & nightlife destinations in the world. Though the nightlife scene here might be entering a highly competitive zone in comparison to the nearby areas, there is no beating the excellent of clubbing offered by some of the high-end beach clubs & nightclubs on this island. In this happening city, there is always something fun to offer for every genre of clubbers from across the corners of the world. We will present to you the Top 10 night clubs in Miami.

Right from some of the best-in-class world-famous nightclubs to dancing beach clubs, you can get everything right here in Miami. If you are looking for something unique that cannot be easily experienced anywhere else in the world, then some of the finest nightclubs in Miami are well-suited for your clubbing needs. Here is our suggestion of the best nightclubs in Miami that you can try experiencing at least once in life: 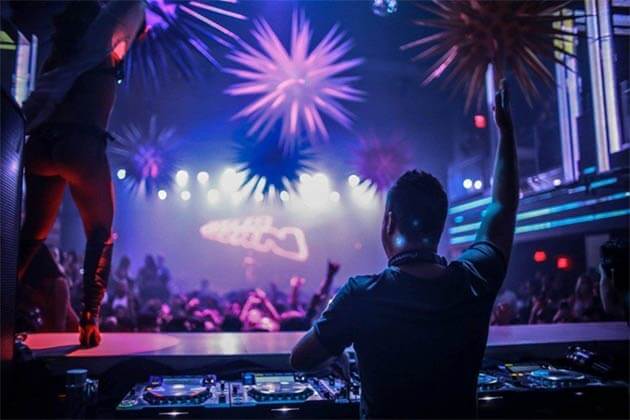 Hailed as the topmost club in Miami, the LIV nightclub has something unique to offer to its guests. Always known for pulling off the city’s best club awards and high-end reputation, the LIV nightclub has some of the biggest names adorning the aura of this place. You can always come across some of the top international DJs and leading celebrities frequenting this club every now & then.

As you walk down the steps of this mesmerizing club, you will be greeted with a truly memorable clubbing experience. As you become awestruck by the beautiful, mad crowd of the place, the LIV nightclub offers blasting beats from the top music tracks, flashing club & dancing lights, and confetti raining right down from the ceiling. The grand center stage of the club has been adorned by some world-famous names since the inception of the club in 2008. 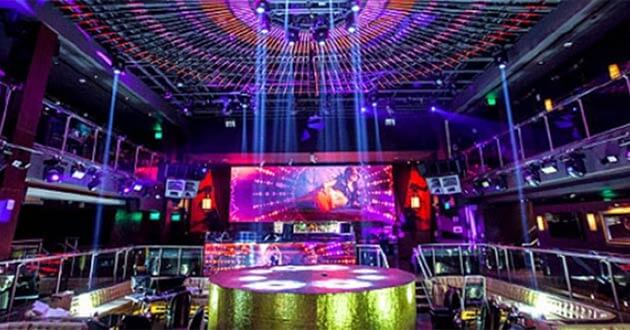 Located in the downtown Miami, this club is known for offering top-class underground clubbing experience to its elite guests. The 24/7 burlesque club managed to become a recent-favorite of the local as well as tourist party-lovers from across the corners of the globe. The E11 nightclub in Miami is renowned for its sprawling dance floor and intense music spinning all night long. The guests here are also captivated by the burlesque show that takes place at the club every night.

The E11 nightclub is also famous as a popular after-party shop and assures of keeping its guests long enough until the wee hours of the mornings through its spectacular dosages of entertainment. At this club, there are higher chances of grooving your dance moves along with some of the top names in the celebrity list including Nikki Minaj, Drake, the Kardashians, and so more. 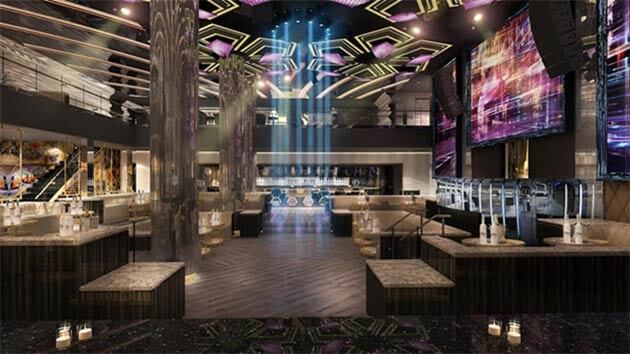 The newest addition to the Miami’s rocking nightlife scene, the ORA nightclub in Miami is something exclusive awaiting your presence. Located right next to the all-new Haute Spot in Collins Avenue in Miami, the ORA nightclub boasts the presence of two high-end clubbing levels along with an exclusive upper-lounge known as the “Anti-Social Club”. Here, the guests who might not feel the urge of getting involved in the mad nightlife can enjoy some serene moments with exquisite cocktails and soothing music beats.

As the rivals might be having a tough time entering into the reputation in such a plush location, the ORA nightclub in Miami has managed to garner ample respect as being one of the most sought-after clubbing destinations in the downtown. ORA has always proven itself to be a bigger player in Miami’s amazing nightlife scene. Drawing beautiful crowd every weekend and even on special weekdays, the ORA nightclub in Miami is somewhere you must visit during your trip. 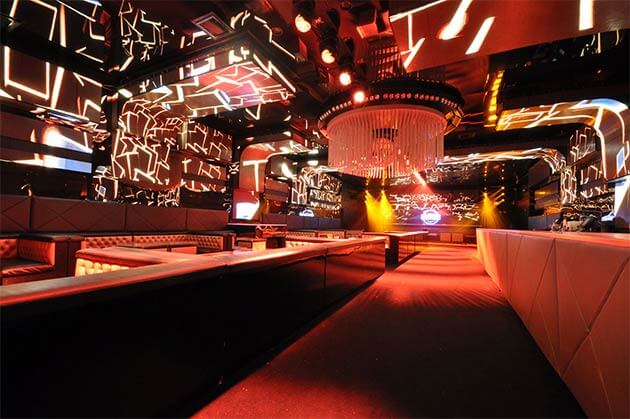 You can expect the crowd’s madness going to another level on special Friday nights at this club. On the special Fridays, you can come across high rollers keeping the spirit of partying & clubbing intense all night long. On Saturdays, the club boasts excellent performances and DJ acts that allow the guests to unwind themselves completely. 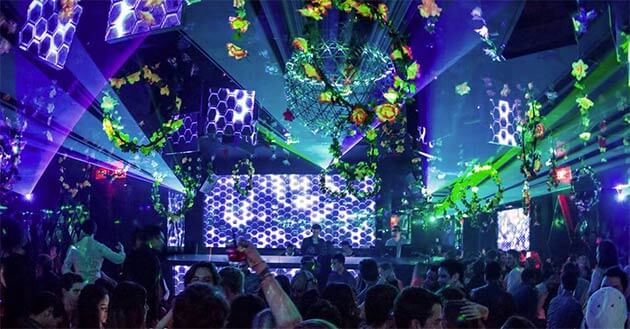 This highly famed nightclub from the prestigious KNR Hospitality Group is located on the W South Beach in Miami. The Wall nightclub in Miami takes pride in announcing itself as the longest-standing nightlife haute spots in the beach city. The highly intimate and attractive nightclub in Miami continues bringing in the high-end A-listed crowd and leading celebrities to take the overall clubbing experience a notch higher.

The Wall nightclub in Miami is known for offering the biggest nights of the spot, uniquely on Tuesdays & weekends. On Tuesdays, the club is renowned for organizing the distinctive “Favela Beach” party wherein you can get lost in the ushering crowd of top models and elite Miami socialites dancing their way through the night. The club gets usually frequented by top, international DJs and leading celebrities including Paris Hilton, Mr. Brainwash, and so more. 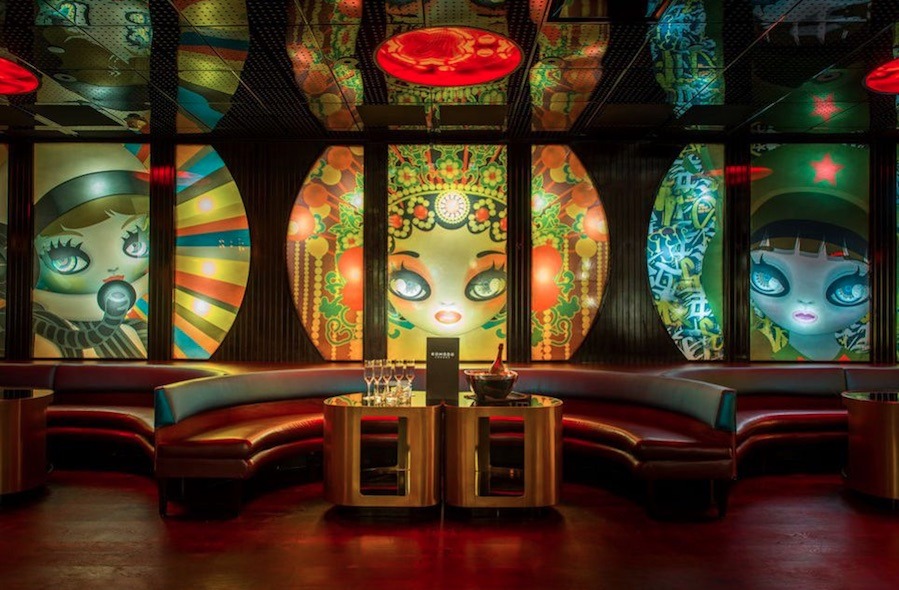 The world-famous David Grutman is the powerhouse behind Komodo nightclub in Miami. He has been the original minds behind the creation of other high-end clubs including LIV and Story. Transforming the Komodo nightclub into the lavish Komodo Lounge, you can expect some intimate nightlife experiences happening around in this club area. The plush nightclub zone of the Komodo club boasts a complete bar area along with bold aesthetics and specialized weekend programs.

The overall hip space of the club is filled with unique pop art –the décor being inspired by the world-renowned artists like Hebru Brantley and Mari Kim. The Komodo nightclub in Miami also features some of the best, international musicians and celebrities performing across the main stage of the club. You will be awestruck by the celebrity feel of the club that offers an unparalleled clubbing experience to its guests. 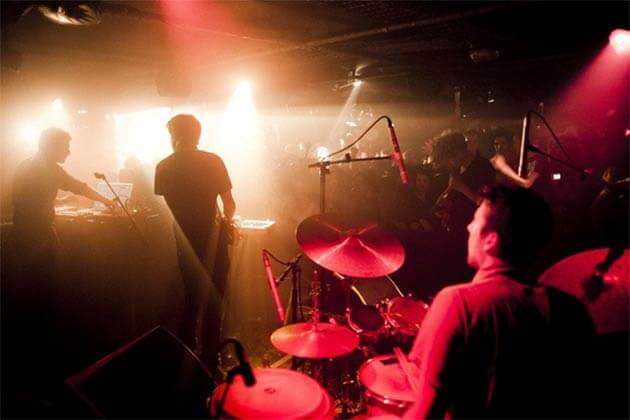 Rocking DJ nights, live music, album or CD release parties, and many more high-end events, at Bardot, you can experience it all with much glamour. The Bardot nightclub in Miami is known for filling a void in the Miami’s vibrant culture by offering the attractive clubbing venue and the fine dining & drinking experience to its guests. With exquisite cocktails available at highly affordable rates, the Bardot nightclub in Miami is your must-visit clubbing destination in the beach town.

Even when you are not in the genre of enjoying high-tech DJ music, you can still have a pleasant clubbing experience at Bardot as you get to enjoy some fine dining and amazing drinking experience. Frequented by top DJs and international celebrities, you must visit this club for a divine clubbing experience throughout. 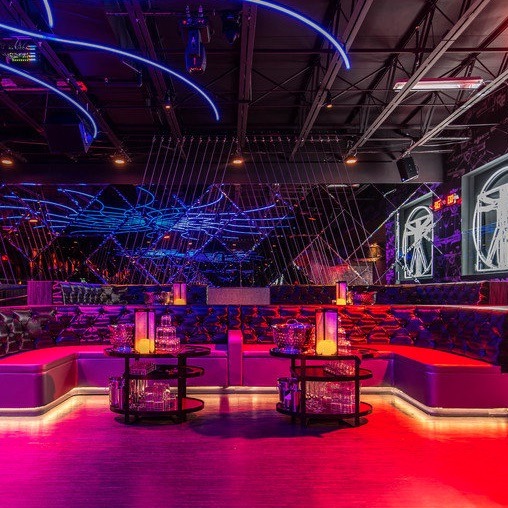 In most of the nightclubs situated in South Beach, Miami, the success of any club is dependent on the performances by the DJs. Through Rockwell, Paciello aims at broadening the focus of the new club to the overall quality of the venue in addition to enhancing the overall energy & atmosphere of the clubbing space. Slated at holding around 450 guests, the Rockwell venue is designed to outrun the other clubs through its world-class clubbing hospitality. 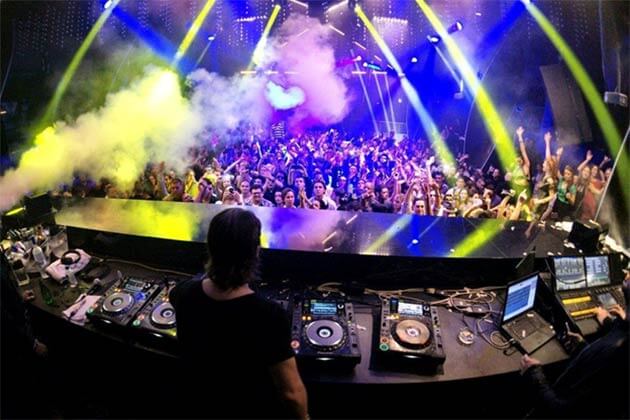 Story is known for offering an incredible, over-the-top unique nightclub experience along with wilder laser light shows, mesmerizing dancers in various forms, and a powerful house of intense music that takes you to another divine level. 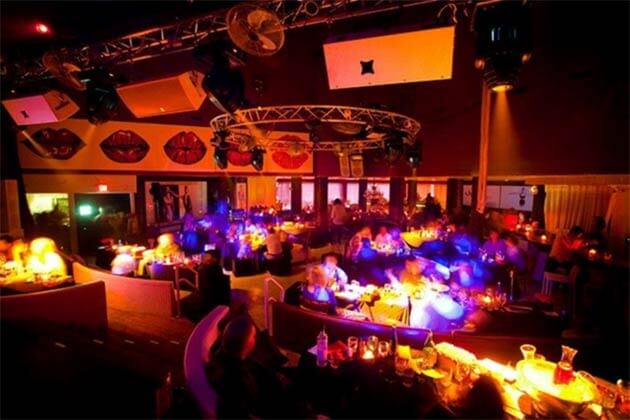 Right from the exclusive Tiki bars to the high-end, lavish cabanas, the Nikki Beach nightclub in Miami offers a unique fantasy island décor. With some of the most awesome and top international DJs spinning the trendiest music tracks from the corners of the world, the Nikki Beach nightclub has garnered the respect of being a highly-visited clubbing destination in the beach city.

Pay a visit to these top nightclubs in Miami and experience a completely different world like no other!