Nightlife can take several forms depending on the unique nightlife scene of the particular city. When it comes to the nightlife scene in the New York City, there is no questioning the madness and intense aura of all-night clubbing & partying as you get to party at some of the most exclusive and the best nightclubs in the world. As the city’s mega nightclubs and dance clubs tend to be synonymous with Manhattan, the recent times have observed a new era of high-end clubbing environment offered by a plethora of high-rising VIP clubs in the area. We will present to you the Top 10 night clubs in NYC.

You must have heard of the phrase that the New York City never sleeps. Quite true to the legacy, the top-class world-famous nightclubs in NYC offer an exceptional clubbing experience to the local as well as tourist club-lovers & party-goers. Right from the classic club experiences to wellness-infused fetes, the nightlife scene in the New York City is something that you would not like to miss out.

We have made a separate list for you to explore the best nightclubs in the New York City. Here are some:

Right from some of the best-in-class world-famous nightclubs to dancing beach clubs, you can get everything right here in Miami. If you are looking for something unique that cannot be easily experienced anywhere else in the world, then some of the finest nightclubs in Miami are well-suited for your clubbing needs. Here is our suggestion of the best nightclubs in Miami that you can try experiencing at least once in life: 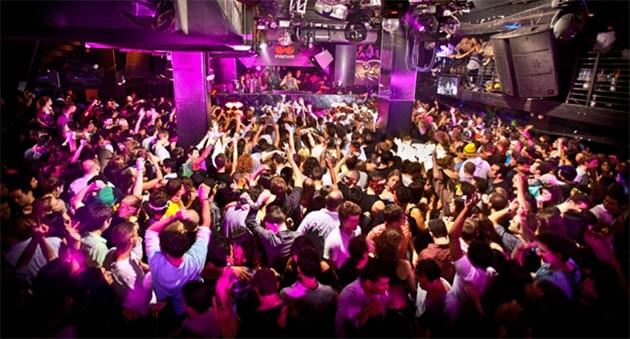 The nightclub boasts the presence of the immensely powerful high-tech sound system empowering the cutting-edge DJ nights in the club. The nightclub is also known for organizing a series of top-class events & parties including the daytime “Kiddie Rave” just in case you have some young ones that you would like to get engaged. 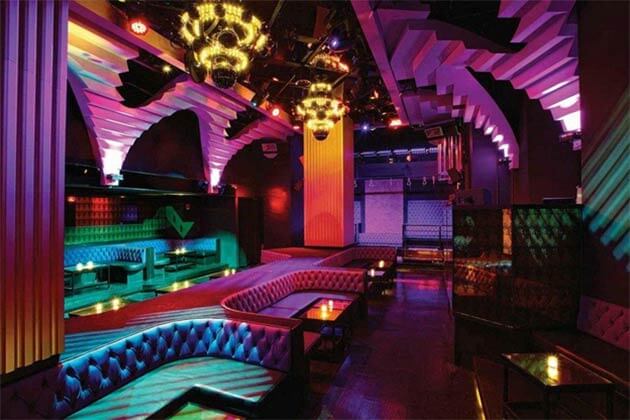 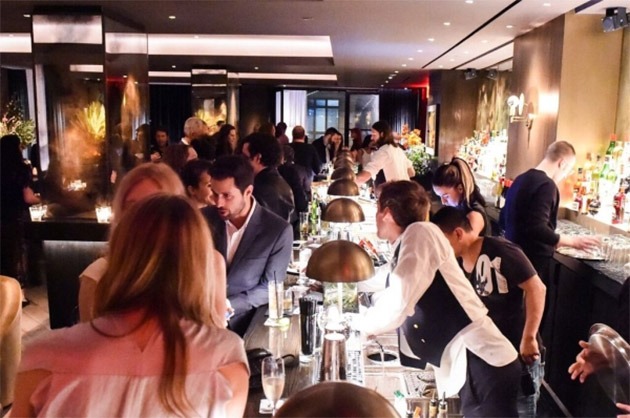 With designer arched windows of the club facing the Howard Street, 11, the Blond nightclub in the New York City is all set to welcome the guests to mingle, work, and have a relaxing time all together. Right from a light & casual setting to the inviting bar area, The Blond nightclub in New York has a cutting-edge ambiance to improve your clubbing mood instantly.

The Blond offers a stylish clubbing space with dark woods, soft lighting, and gold accents towards offering a seductive clubbing atmosphere. If you happen to be a high-couture clubbing fan in the New York City, The Blond is your go-to destination. With a welcoming atmosphere and the chilling crowd, there is nothing you could ask for more. 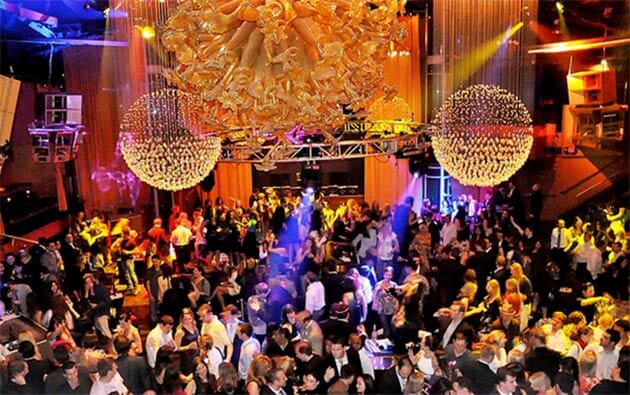 After being in the poor graces of the NYC clubbers for a certain period, the Marquee nightclub in the city has come back with a bang! Bouncing back with vengeance following its complete overhaul in the year 2012, the Marquee nightclub in the New York City is recently gaining impetus in the clubbing interests of the local clubbers. With its outposts situated in Las Vegas and Sydney, the Marquee New York City has essentially become a much sought-after clubbing destination in the city. 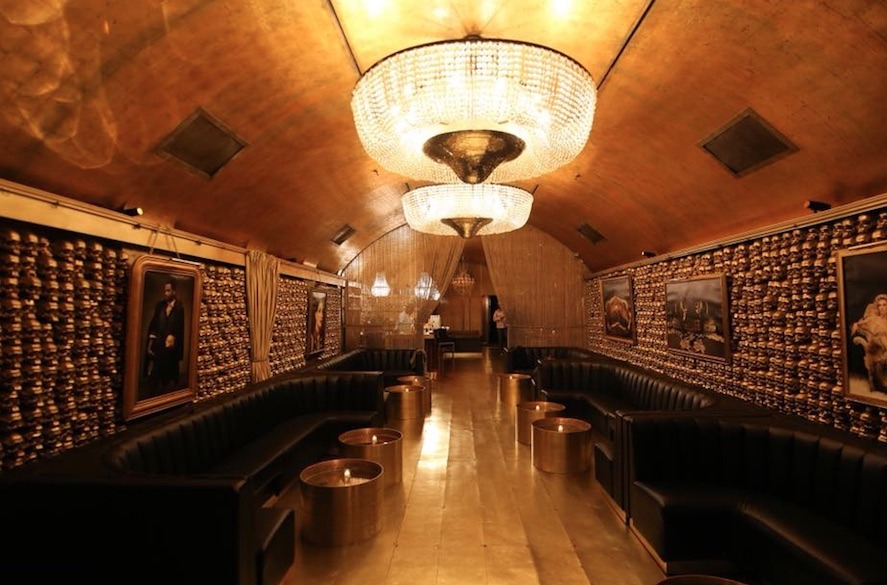 You will also be intrigued by the series of oil paintings engraved on the walls of the club that depict famous Goldbar investors and several others. The DJ booth and foyer area of the club are decorated with beautiful murals by the world-famous artist Kurtis Culig. The overall theme of the cocktails at the club tends to be highly inventive and enticing for the guests.

The top-class DJ maship, EDM, Hip Hop, and House music tracks played along the Lavo’s distinctive clubbing environment are something that can lift up your clubbing spirits. Not meant for the faint-hearted, the Lavo nightclub in NYC is somewhere you can expect some high-end chaos and bouncing around on the dance floor as the crowd here knows madness at its best.

Right from scantily-dressed model-like girls dancing on the club tables to fist-pumping by the Europeans, the Lavo nightclub in NYC invites you full of energy for an eventful clubbing experience. Lavo is all about high energy and opulence –all the time. Planning for some exquisite drinking? Stack your wallet with cash and be ready to walk out empty-pocketed at this elite NYc club. 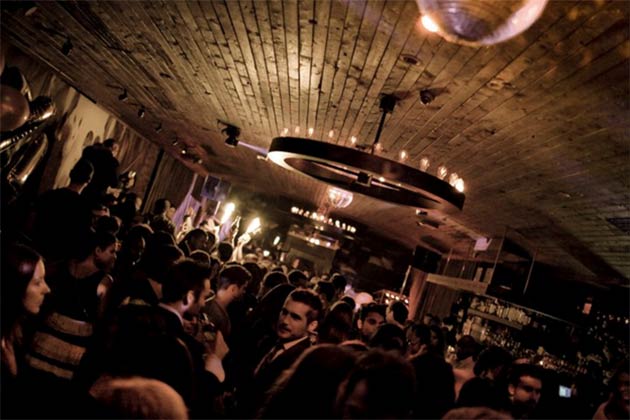 Known as the “celebrity club” in NYC, the 1 Oak nightclub in New York City is one of the most exclusive clubs. Once you have made past the bouncers of the club, you can look forward to experiencing a classic and stylish clubbing aura offered by the sophisticated interiors of the club. Though the drink prices here might appear steep, you can still enjoy some splendid, memorable nights with top-class, leading celebrities, models, and socialites of the New York City.

The 1 Oak nightclub in NYC is known for its lavish after parties and high-end guests following big parties & events like the MTV Music Awards and some world-famous fashion walks. Here, it is no uncommon experience to bump your way into famous stars like Leonardo Dicaprio, Jay-Z, Beyonce, and so more for your eventful nightlife. The 1 Oak nightclub is truly one-of-a-kind club in the New York City. 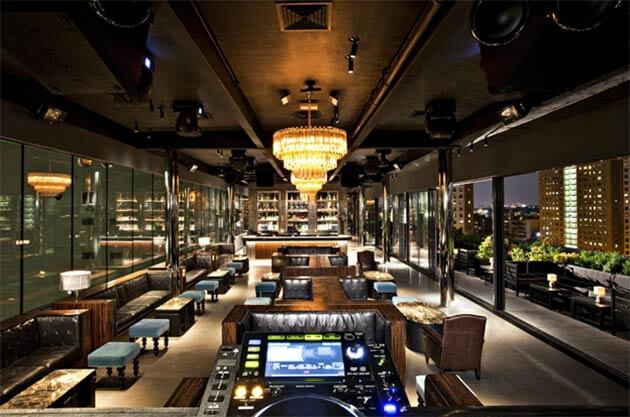 If you are looking forward to visiting a club with some amazing views of the breathtaking NYC skyline and experiencing its unparalleled nightlife scene, then the PHD nightclub is a well-suited destination for you. Though this club comes under the category of a rooftop bar, the club is known for fitting better with the amazing clubbing scene of the majestic New York City.

The views that you get from the rooftop section of the PHD nightclub in NYC are simply grand and picturesque. As you dance your way through the night or enjoy sipping your favorite cocktail, you can experience the unwinding feel of the views all around you.

Haus is the New York City’s all-new premier nightclub that is nestled between SoHo and Tribeca clubbing destinations in the city. The club is known for offering an eclectic design that aims at combining the uptown glamour of the city with the downtown chic. The overall anatomy of high-end luxury at this club boasts a lavish 3-tiered VIP seating area for ultimate fun.

Make the most of your time in the New York City by visiting these top nightclubs!