Where to Find the Best Late Night Eats in Los Angeles

Los Angeles is known for its vibrant nightlife, and with that comes the need for delicious late night eats. Whether you’re looking for a quick snack to hold you over until breakfast or a hearty meal to end your night on a high note, there are plenty of options in the City of Angels. From classic Jewish delis and pizza joints to taco stands and burger and beer spots, Los Angeles has it all when it comes to satisfying those late night cravings.

In this post, we’ll explore some of the best places to find late night eats in Los Angeles, including Canter’s Deli, Garage Pizza, King Taco, La Cabaña, Stout Burgers & Beers, and The Nickel Diner. Each of these establishments offers a unique dining experience and a range of menu items to choose from, so there’s something for everyone. Whether you’re a meat-lover or a vegan, a pizza fan or a taco connoisseur, you’ll find a spot that suits your taste buds and your late night hunger. So if you’re in Los Angeles and in need of a tasty late night meal, look no further! These spots have got you covered. 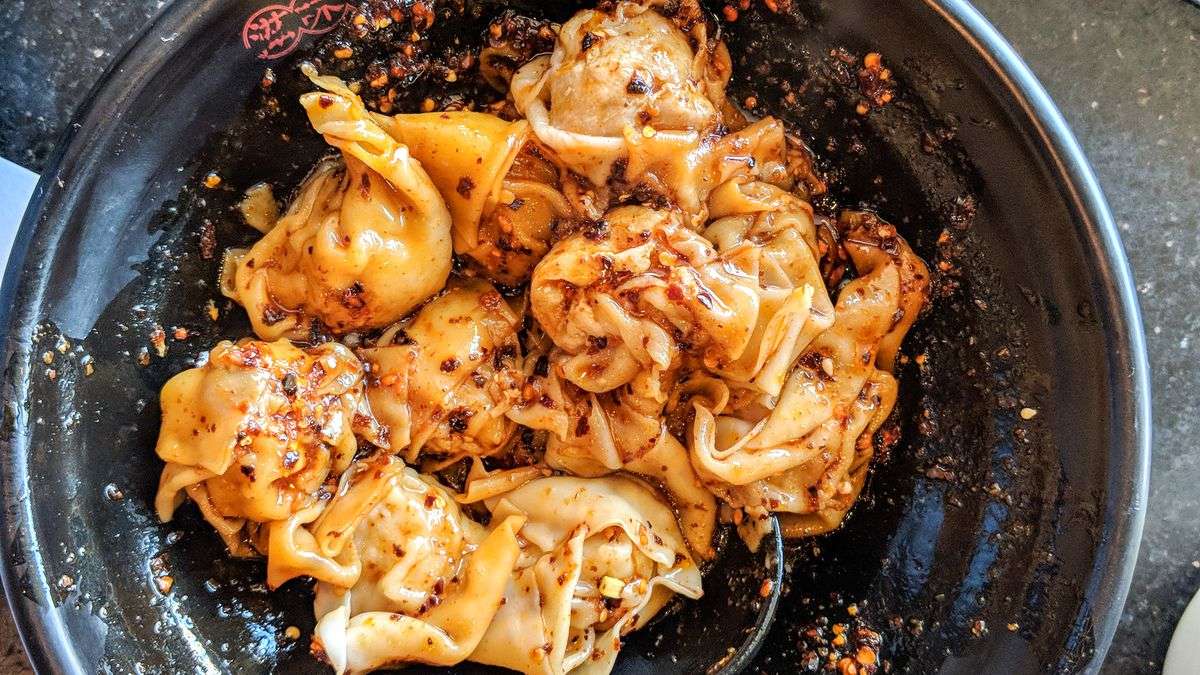 This San Gabriel Valley restaurant is known for their handmade dumplings, which come in a variety of interesting fillings such as pumpkin shrimp and pork, minced fish, and veggie with greens. You can choose to have them freshly steamed or pan-fried. In addition to the dumplings, 101 Noodle Express also serves hand-torn noodle soups, chilled seaweed salads, and their popular Beef Roll, which is a fried pancake filled with beef bits and rolled up like a burrito. The restaurant is open until 12:30am on any day of the week. 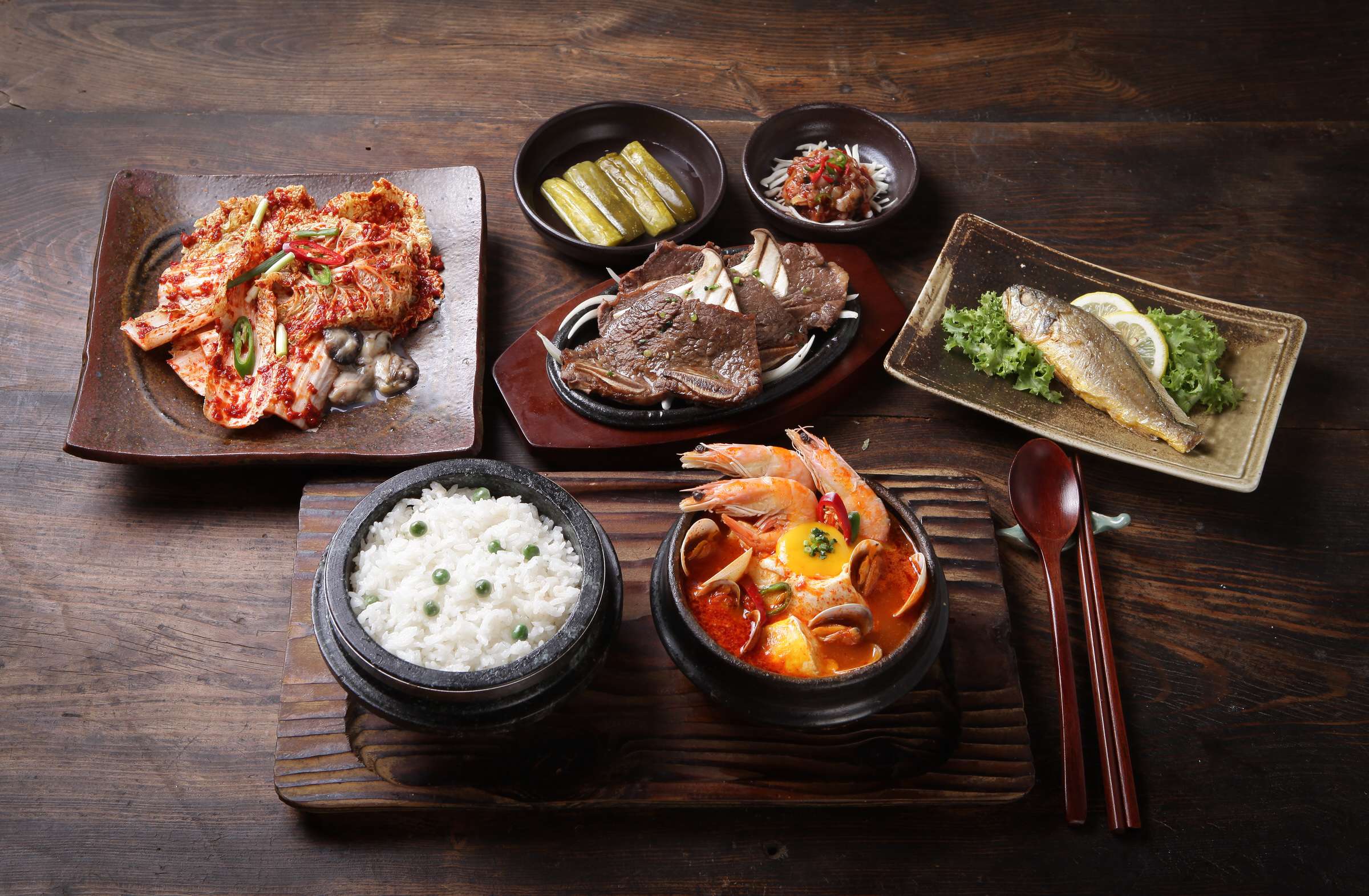 This Korean restaurant is open 24 hours a day, every day, and is known for their spicy tofu stew. You can customize your soup with a variety of ingredients such as beef, veggies, pork, dumplings, and seafood. The standout element of the meal is the perfectly cooked rice that comes with the soup, which is cooked in a stone pot until a crust forms. The restaurant also serves lightly-fermented spicy kimchi and small fried fish as side dishes. 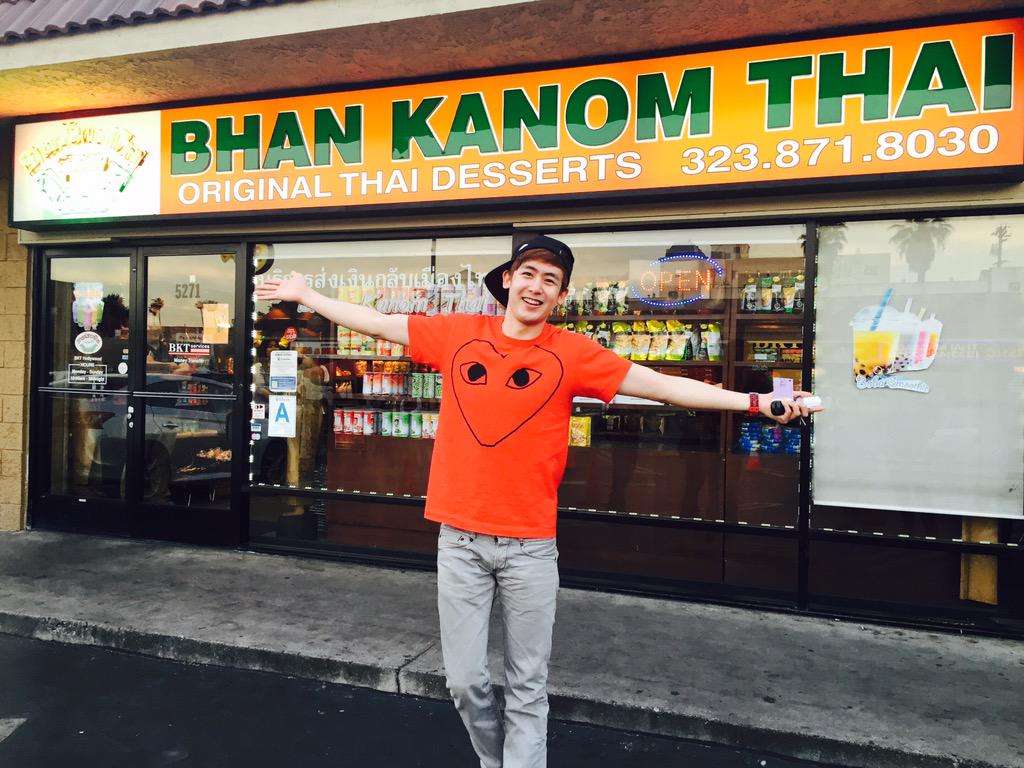 This Thai dessert shop is open until midnight every day and is known for their mango with sticky rice, which comes with custardy ripe mango and a salty coconut sauce to pour over the barely sweet sticky rice. Other specialties at the shop include sweet and salty grilled coconut rice cakes, Thai shaved ice desserts with unique toppings, Thai ice cream, chilled Thai custards, and more. They also serve freshly-baked pandan buns stuffed with house-made coconut milk pandan cream. 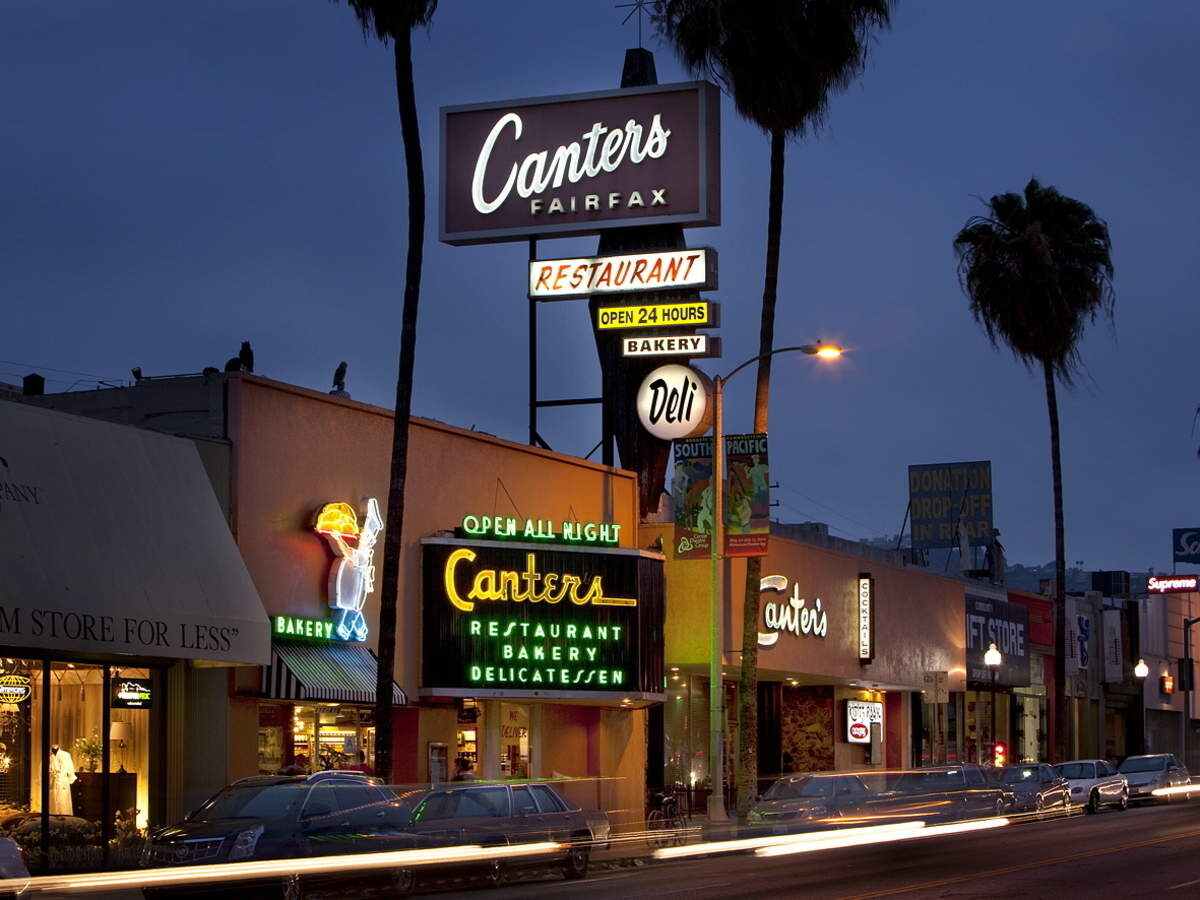 This classic Jewish delicatessen is located on Fairfax Avenue in Los Angeles and is open 24 hours a day. It is known for its signature pastrami sandwich and has a wide range of menu items available, including burgers, soups, fish appetizers, deli case favorites, breakfast items, and many different styles of sandwiches. The deli also has a kids’ menu available. 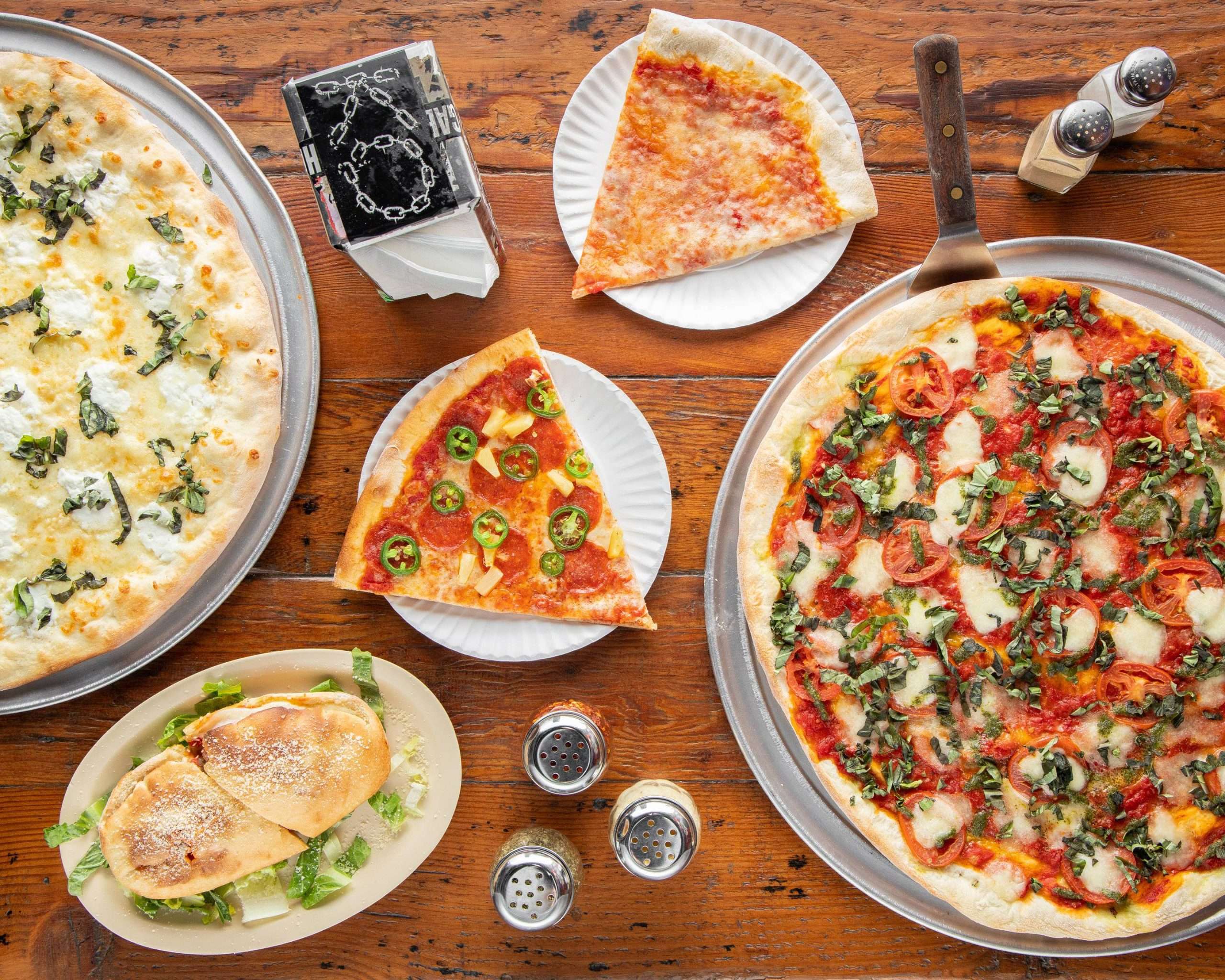 This pizza place is located on Sunset Boulevard in Los Angeles and is open until 4 a.m. every day. It offers New York-style thin crust pizza, as well as calzones that are finished with a garlic olive oil glaze. Vegan cheese is available for those following a plant-based diet. 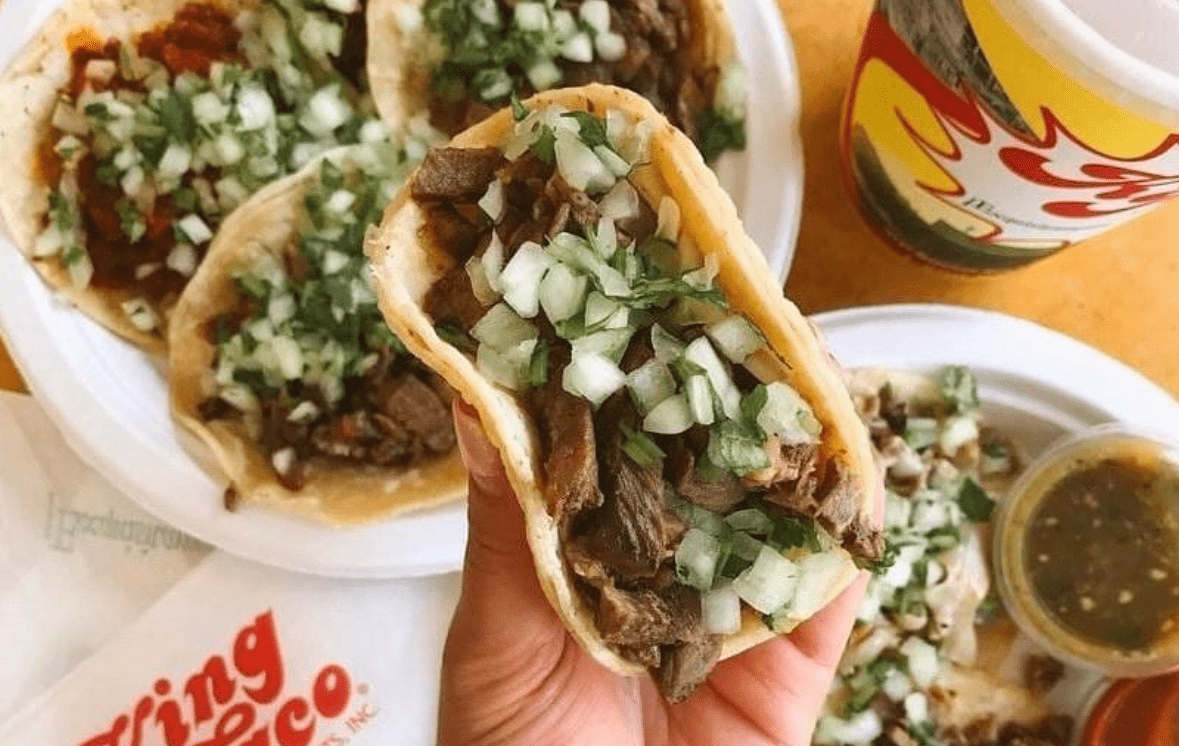 This taco restaurant is located on East 3rd Street in Los Angeles and is known for its tacos, burritos, sopes, quesadillas, tamales, and nachos. It is particularly known for its salsas, with a smoky and thick red salsa and a tart, spicy, and refreshing salsa verde. The restaurant also offers horchatas, a cinnamon-intensive drink that is perfect for washing away the post-taco onion breath. 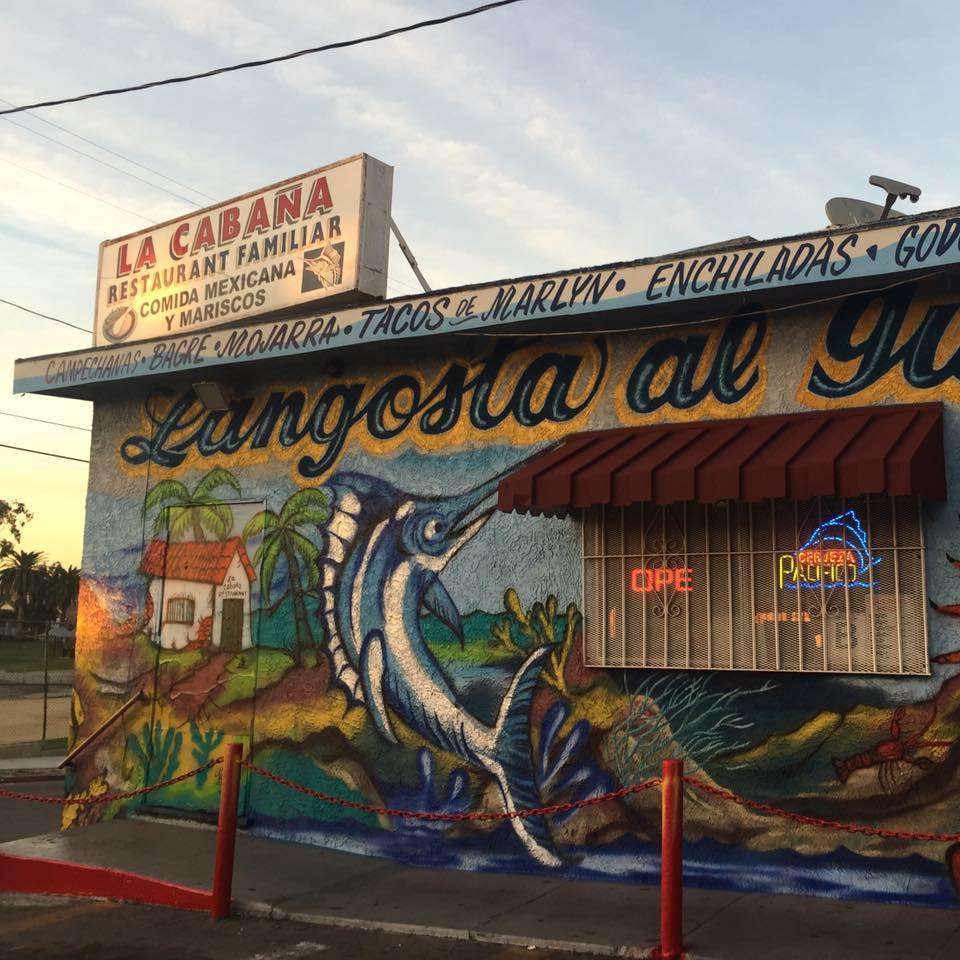 This Spanish-style restaurant is located in Venice and is known for its colorful Christmas tree lights that are displayed year round. It offers Mexican-style dishes such as quesadillas, sopa de albondigas (a soup with Mexican-style meatballs and vegetables), and a chocolate lovin’ spoon cake for dessert. The restaurant also has a comprehensive selection of reposado tequila available. 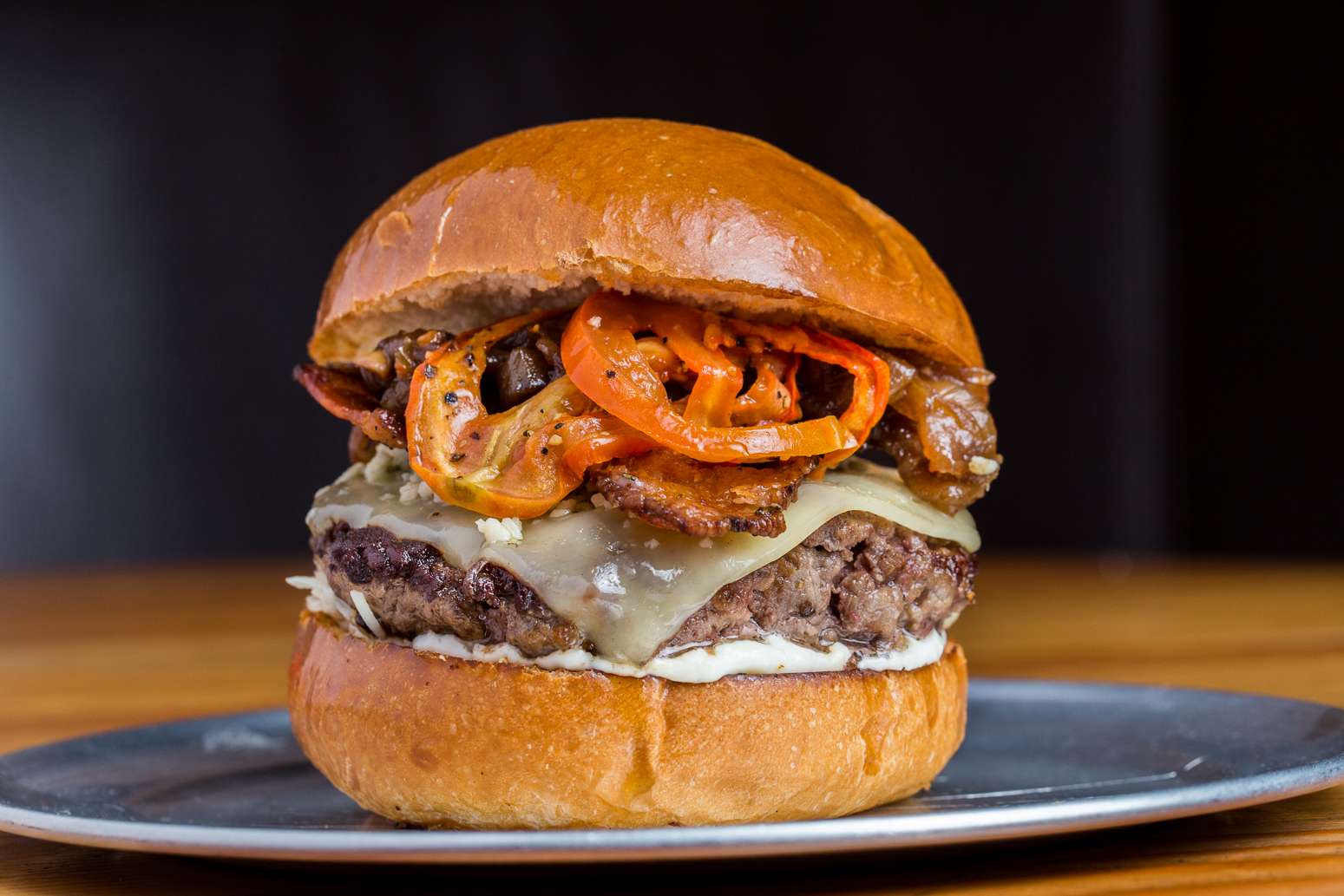 This burger and beer restaurant is located on Cahuenga Boulevard in Los Angeles. It offers burgers, fries, and craft beers. The menu includes a variety of burgers, including the Goombah Burger which comes with a beef patty, pastrami, swiss cheese, and thousand island dressing. The restaurant also has a selection of fries available, such as garlic fries and sweet potato fries. 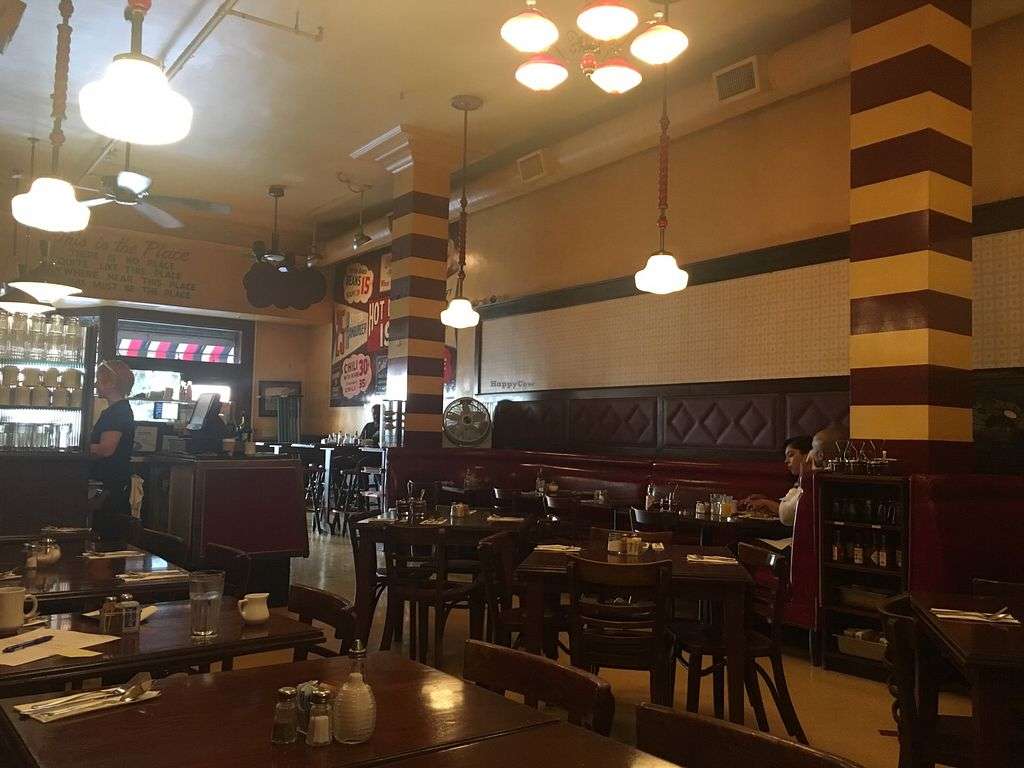 This diner is located on South Main Street in Los Angeles and is open 24 hours a day. It offers a range of menu items including breakfast, lunch, and dinner items such as burgers, sandwiches, salads, and baked goods. The diner is known for its maple bacon donut, which has gained a reputation as one of the best in the city. In addition to its regular menu, the diner also has daily specials available.

With so many delicious late-night eats to choose from in Los Angeles, it can be tough to decide where to go. But no matter what your preference is, there’s a spot on this list that will satisfy your cravings. Whether you’re in the mood for a classic pastrami sandwich or a hearty bowl of SOPA de albondigas, you’ll find something to love at Canter’s Deli, Garage Pizza, King Taco, La Cabaña, Stout Burgers & Beers, or The Nickel Diner. So the next time you’re out late in Los Angeles and in need of a tasty meal, be sure to check out one of these spots. Your stomach (and your taste buds) will thank you.

If you’re planning a night out in Los Angeles and want to make sure you have a great meal before or after your plans, be sure to contact Club Bookers. They can help you find the perfect late night eats in Los Angeles and make sure your night out is a success. Don’t let hunger ruin your fun – contact Club Bookers and let them help you find the best late night eats in the city.