London is probably the destination to enjoy the most incredible VIP and elite nightlife because it is the origin of exclusive clubs. Due to its appeal to the wealthy and A-Listers, London is home to several elite members-only nightclubs that each provide unique, thrilling, and inventive late-night experiences. The range of VIP clubs London has to offer, which includes anything from exclusive table reservations and champagne to racy burlesque acts and popcorn machines, is extremely unlikely to disappoint you. These clubs are undoubtedly worth signing up for if you’re searching for a high-end and distinctive night out; they are among the most spectacular and pleasant places listed here. Check our pick of the top Members Clubs in London.

In London, private members’ clubs are ideal if you want an intimate experience. These clubs cater to sophisticated patrons with a distinctive ambiance and plentiful facilities. These clubs provide everything, from fine dining establishments to opulent spas. This post will examine a few of London’s top private member clubs if you’re seeking a chic setting for business and socializing.

The following is the list of all the top members clubs in London. 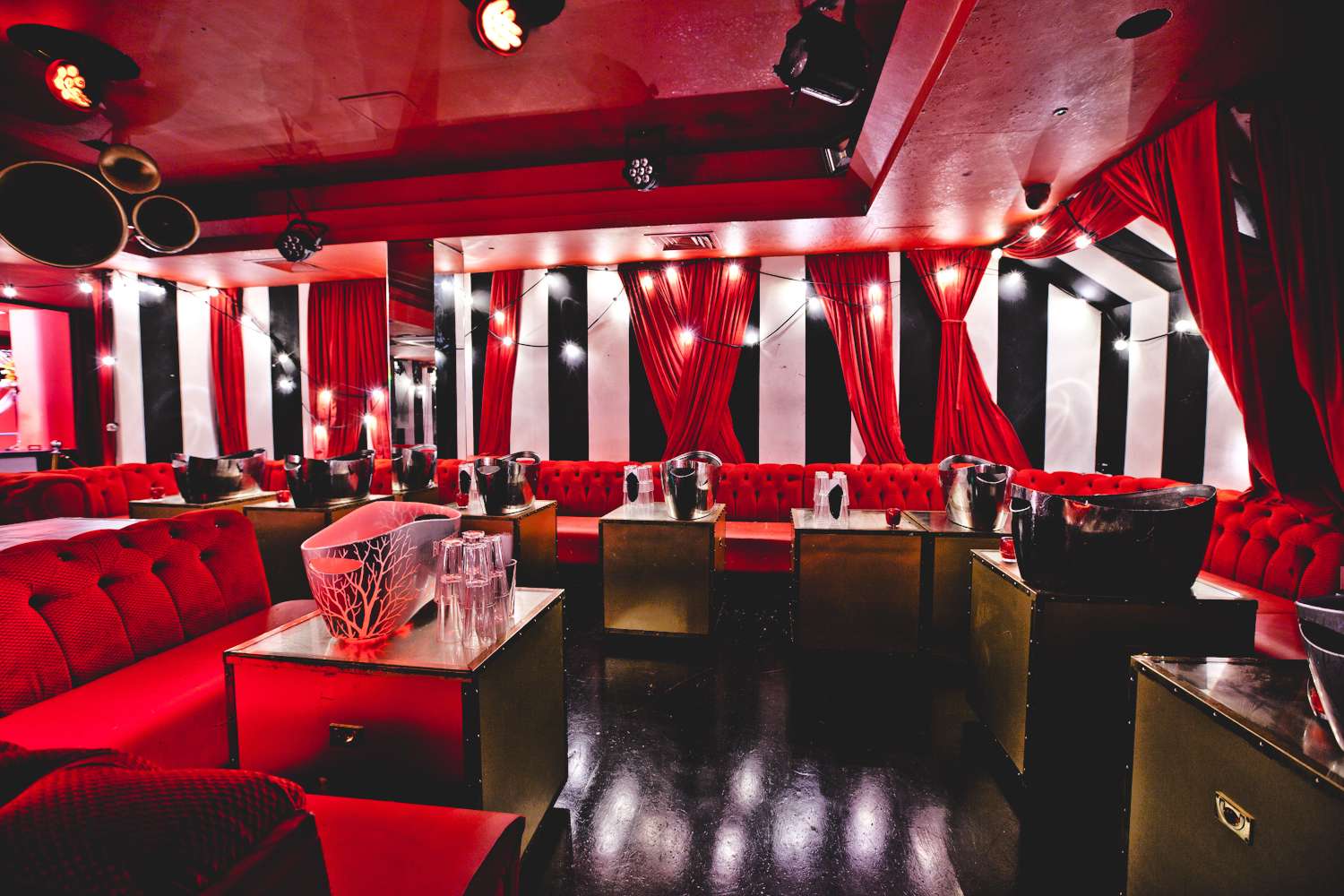 One of the most well-known and prosperous VIP clubs in London, Cirque Le Soir, is frequented by Cara Delevingne, Miley Cyrus, Kanye West, and Leonardo DiCaprio. Cirque’s circus-themed nightclub is sure to wow. It was named Best London Nightclub in 2010, 2011, 2012, and 2015. The shows at Cirque are astounding and thrilling, with performers like dancing dwarfs wearing baby masks, fire eaters, and burlesque dancers, to mention a few.
Visitors at Cirque may enjoy its popcorn machine, arcade games, peepholes, and many carnival activities in addition to various beverages and canapés. The club is open Monday through Saturday, but ‘La Monday’ is unquestionably the best night.

Behind a plain black door, there lurks a world of decadence. The club has two smaller, divided-off rooms to the side and a tiny main space with VIP tables and a stage in the centre. The unusual entertainment you’ll find at the back includes a popcorn maker, a make-up table designed like one from a theatre complete with a dress-up rack, and a big mattress where you can sprawl out in comfort. However, expect to avoid being wowed by the decor at Cirque because the acts and atmosphere are unquestionably the main attractions. 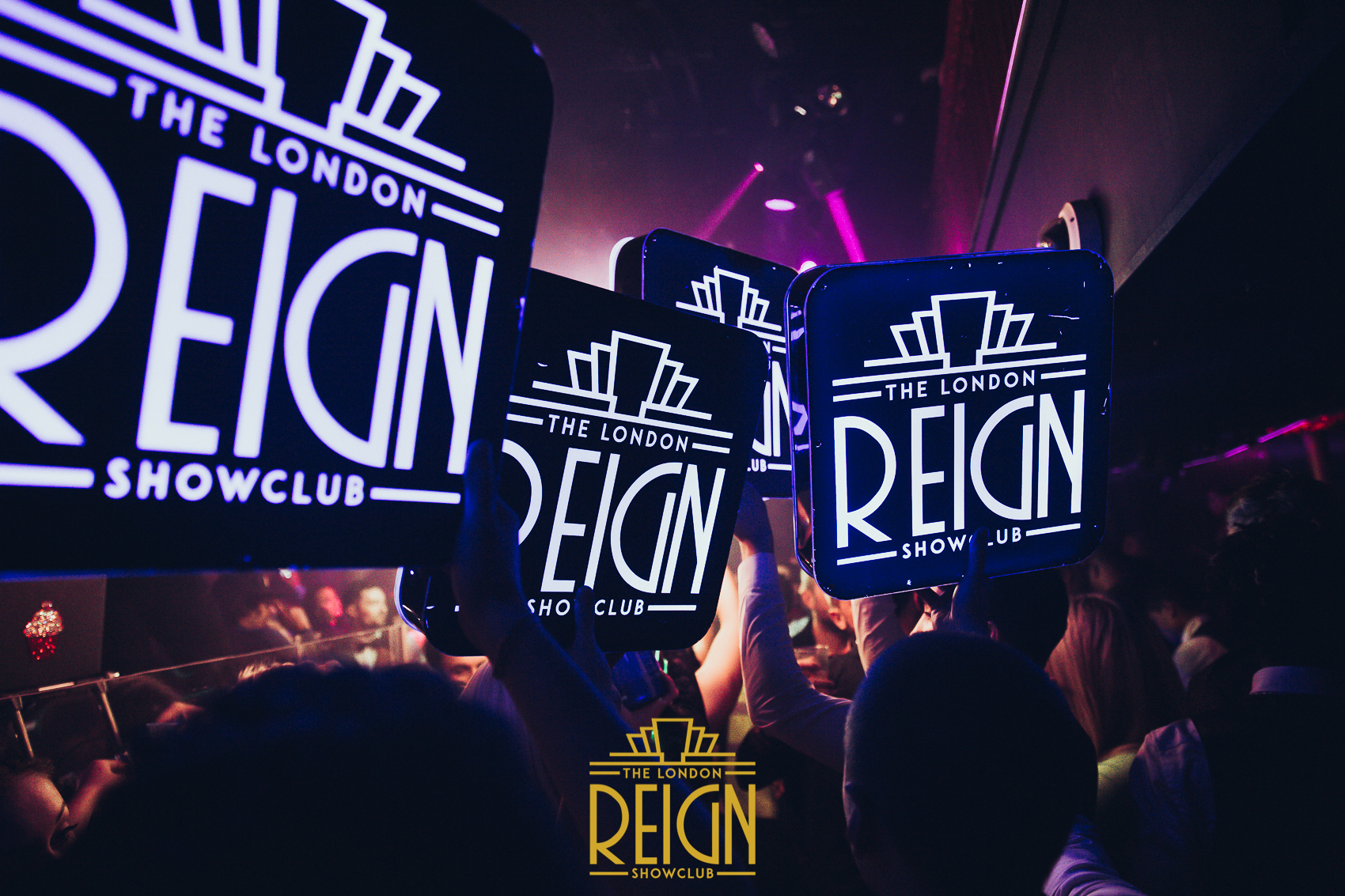 The newest show club, Reign Club London, debuted in September 2017. It is already well-known as the most famous nightclub in the West End and is conveniently located in Piccadilly. Reign Club expands on the former Rah Rah Room site, formerly home to Werewolf and Pigalle Club.

The creators of the renowned Cirque Le Soir and Drama Park Lane are the brains behind Reign London. The founders of London entertainment sought to make something more unique after the success of those two clubs, a truly cutting-edge show club. So, we should anticipate everything from the Reign Club guestlist. Aerial show club, The London Reign, brings a unique blend of Moulin Rouge and Las Vegas to the centre of London’s west end.

The location also offers distinctive characteristics, such as fireworks performances, confetti cannons, and CO2 bursts. The club also has a retail shop, waterfalls, a tank with jellyfish, and LED displays. There is a spiral staircase and ornate chandeliers on the ceiling as well.

The new arrangement was made possible by a significant renovation of the space. The primary lower level and upper mezzanine floor make up Reign London’s two floors. The club can accommodate 430 people. Reign Club brings a unique touch to the entertainment. With its centre Teppanyaki bar, it offers an astounding variety of dishes. The club also serves sweets, bowl meals, and canapés.

A night spent at Reign Club is one to cherish. You are welcome to join. 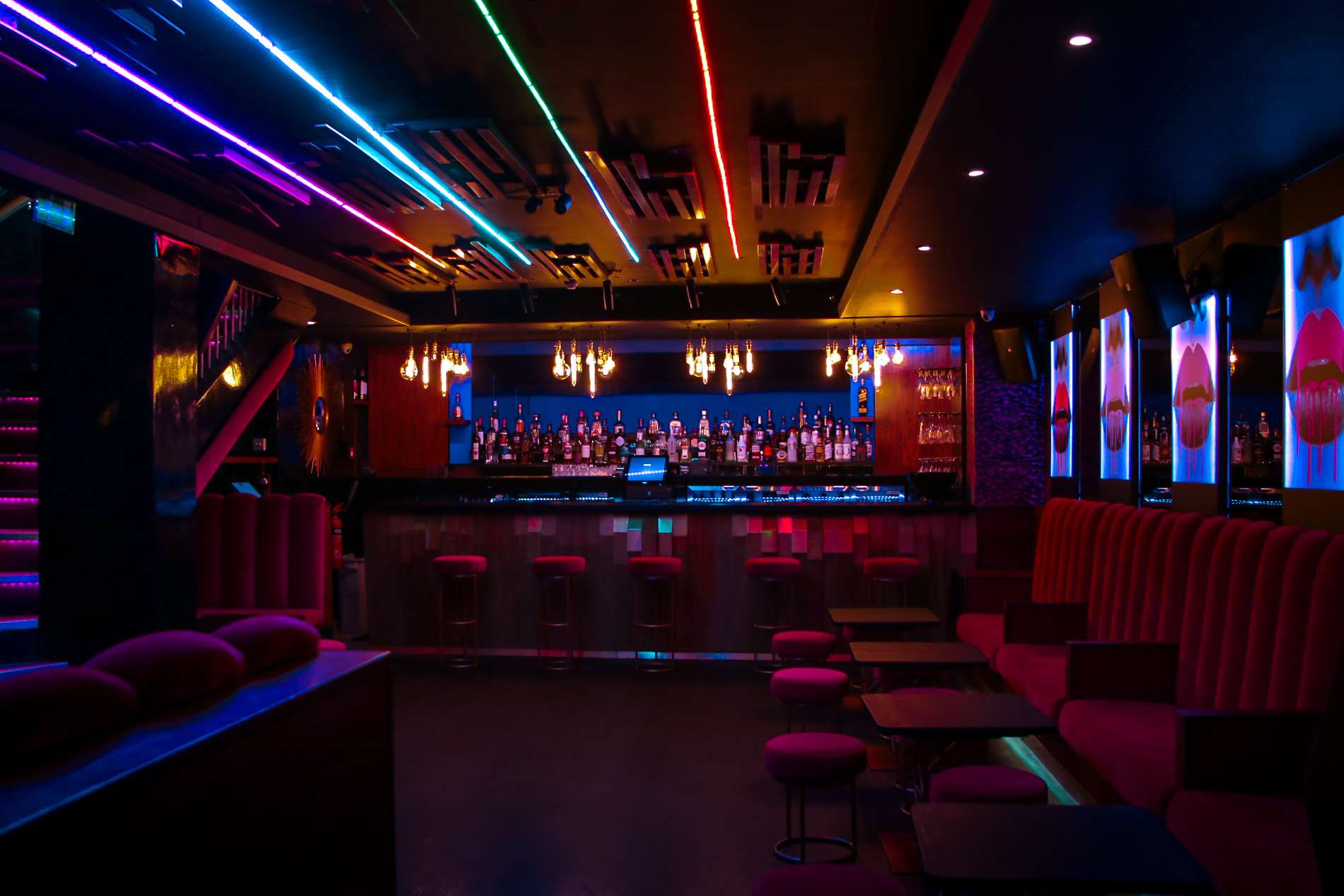 Dolce is a nightclub in the manner of a VIP lounge bar in the affluent South Kensington neighborhood of London. It is home to a new, affluent idea that is highly fashionable.

Are you organizing a birthday, hen or stag party, or are you just looking to go out and dance? Dolce offers everything you need for a fantastic night out with your friends, including excellent R&B and Hip-Hop music played all night long by their DJs, tasty cocktails from their bartenders, e-shisha, and a fantastic ambiance. Join us every Friday and Saturday from 10 p.m. to 3 a.m. at Dolce Kensington.

The Chelsea and Mayfair crowd frequent the VIP nightclub Dolce Kensington Club London, which is close to the South Kensington underground station. Dolce Kensington, which debuted in October 2019, has swiftly established itself as one of London’s top exclusive clubs. This premium club offers an extraordinarily opulent atmosphere thanks to the venue’s meticulous interior design by top interior designers. You enter the two-story venue as you descend the staircase decorated with beautiful lighting effects and glass panels. Large dancefloor and surrounding tables are located on the main level, and more extensive VIP tables are on the upper level. The glittering VIP section of Dolce Kensington Club London certainly sets it apart from other VIP clubs in London.

For “girls only” groups, there is no minimum expenditure required to reserve a table on Fridays and Saturdays, and you may retain your table until 11.30 p.m. In addition, each of you will receive a complimentary glass of Prosecco upon arrival. The suggested attire is smart casual and dresses to impress. 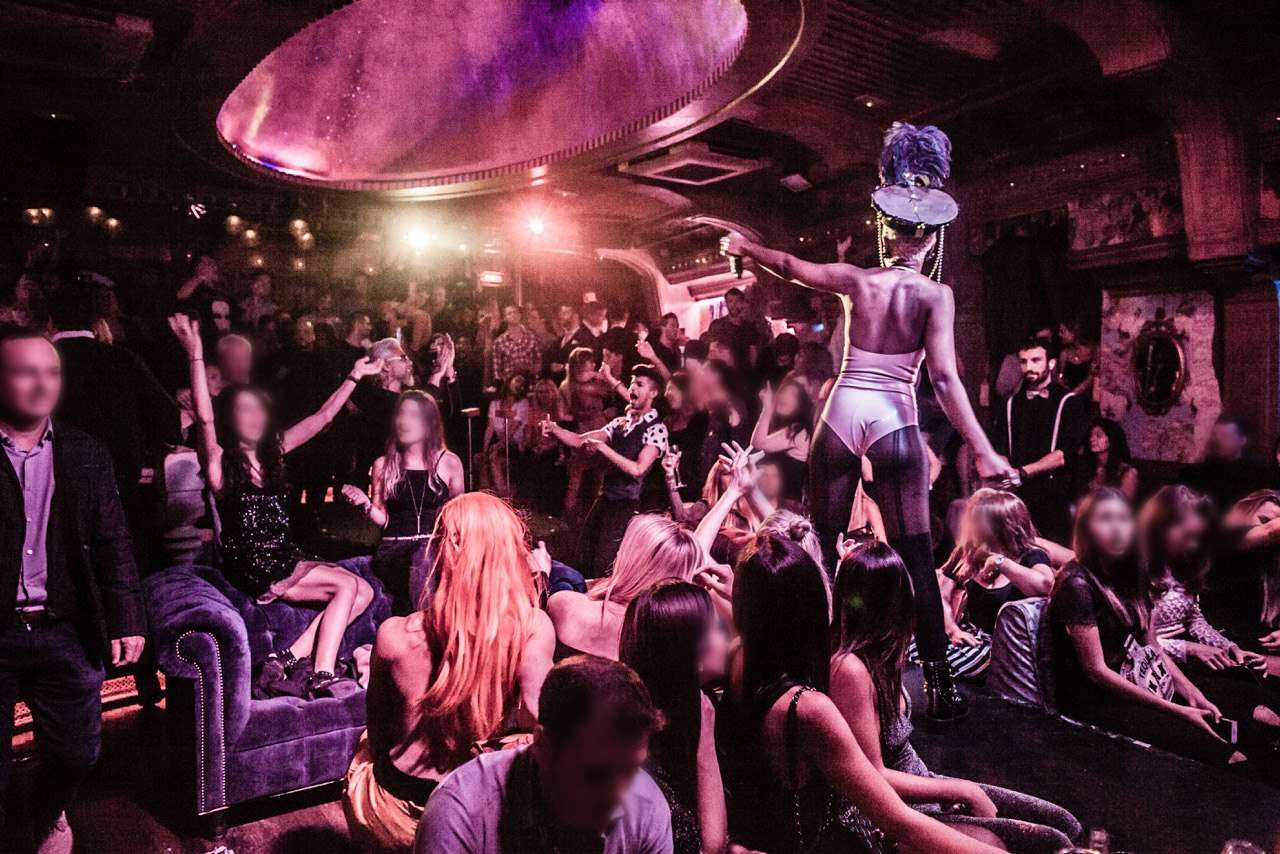 The Box in Soho, which has been operating since 2007, is the trendiest nightclub, offering a wide range of events and being favoured by both celebrities and royalty. Kate Moss, Emma Watson, Keira Knightley, Prince Harry, and his cousin Princess Beatrice have all partied here. The Box guestlist should be joined as soon as possible, and The Box table reservations are also strongly advised because the nightclub may grow quite full.

This club design is a distinctive 7000-square-foot theatre with two stages, candlelight, and priceless ornaments. The Box Mayfair London events feature burlesque, fire stunts, and even strip performances every Wednesday through Saturday.

The Box offers a unique clubbing experience. Club Box, which bills itself as “a theatre of variations,” provides a more performance-focused night than any other upscale London club. Once inside, you’re only intended for sexually open-minded customers.

At the Box, you’ll experience a burlesque-style fetish sexual show where the performers engage in seductive dances and strip teases. Anyone has been drawn to its infamous and contentious kind of midnight entertainment.

The Box maintains an extremely rigorous guest list and upholds the privacy of every visitor to the extent that cell phones and cameras are not permitted inside.

The Box Dress Code is exquisite and sensual for women wearing heels and smart casual for men wearing classy shoes. Entry may be refused at the club’s discretion. 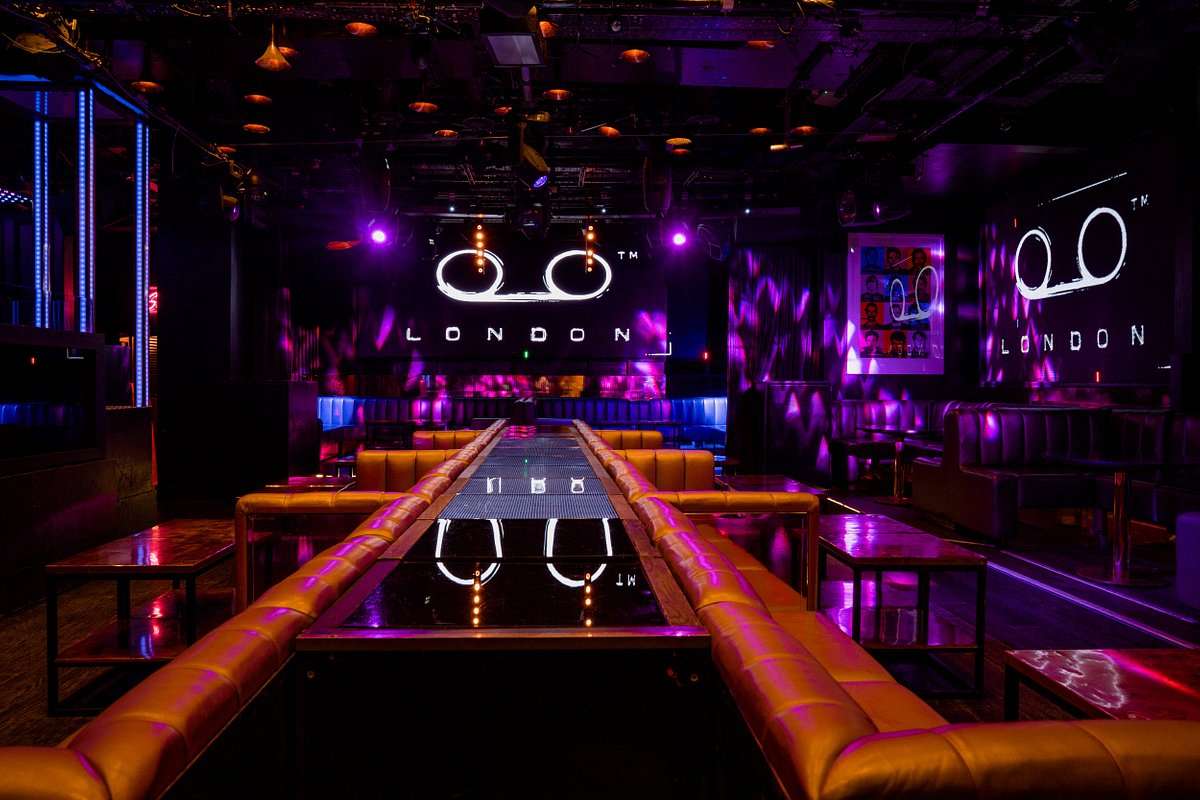 The groundbreaking addition to London’s nightlife scene is the Tape London Club, which debuted in Hanover Square on the site of the defunct Jalouse Club. The location is not only a nightclub. It has a restaurant, a members club, and a recording studio. The brand-new location serves as the “home” of London’s music scene. They provide a novel, brand-new, innovative idea that has never been seen in the Capital before. The most exclusive and upscale party experience is also available at Tape Club. In addition, the most incredible sets of internationally famous DJs help Tape London draw a prestigious clientele. Tape London Club is also referred to by its designers as “a vital point of creation and joy.”

Dallas Austin, a Grammy Award winner who worked on several projects, was the inspiration for and designer of Tape Club.

Many renowned people, like Rihanna, Usain Bolt, Justin Bieber, Travis Scott, Drake, and many others, have attended Tape Club.

Tuesday, Friday, and Saturday are the days the venue opens. They introduced a new night, Tape guestlist Sunday, in 2020. Booking a VIP table at Tape London is the ideal way to enjoy your evening there. In comparison to other London nightclubs, tables cost more. The beginning price is £1500 every day of the week. When artists are the hosts, prices might increase by up to £2500. Tuesday is the biggest night for us there. Our staff organizes guestlist admission for a particular group of people.

Additionally, we seat our visitors at a table. Upon request, we may set up guest lists for any other day of the week. For more information, speak with Privilege Entertainment!