While it is true that Los Angeles does sleep at night, you can still come across plenty of life in the amazing nightlife scene of the city. There are several clubbing destinations spread across Los Angeles wherein you can come across both local as well as tourists from across the corners of the world. The high-end places and clubbing environments widespread across Los Angeles are known for offering intense live music with the top, international DJs spinning top tracks for the guests. We will present to you the Top 10 night clubs in Los Angeles. 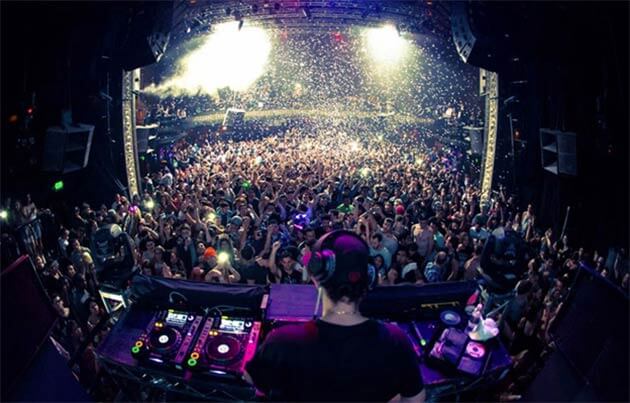 One of the most storied and sought-after nightclubs in Los Angeles, the Avalon Hollywood had been opened back in January 1927 as the popular Hollywood Playhouse. The club aims at offering the specialized Spanish Baroque style clubbing venue that is known for hosting everything –right from the first-ever West Coast performance by the Beatles to the famous “Checkers Speech” by Richard Nixon.

Since its transformation into a nightclub, the Avalon Hollywood soon became a West Coast Mecca for rocking electronic music with groundbreaking tracks from the leading international DJs like Matthew Dear, Sasha, and so more. The Avalon nightclub in Los Angeles is known for organizing the high-end long-running Control event every Friday night with the fun offered by cutting-edge sound system of the club. 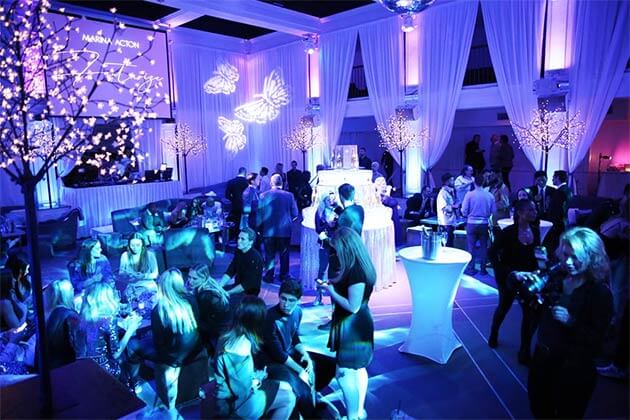 Being the brainchild of the world-famous Skybar partner Peter Famulari, the Boulevard3 nightclub in Los Angeles is located inside the previously famous Hollywood Athletic Club. The club boasts a galaxy of Golden Age Hollywood stars & celebrities having frequented the place, the overall place has been designed by Meyer & Holler.

The club was launched in September 2006 and was conceived as the English Manor House with contemporary touches. The nightclub is known for offering a perfect mix of Old World charm and cutting-edge modern-age audio visual systems. Right from the Sunset Boulevard, you can enter the spectacular Boulevard3 nightclub through the massive iron gate as you get to step into the English landscape courtyard. 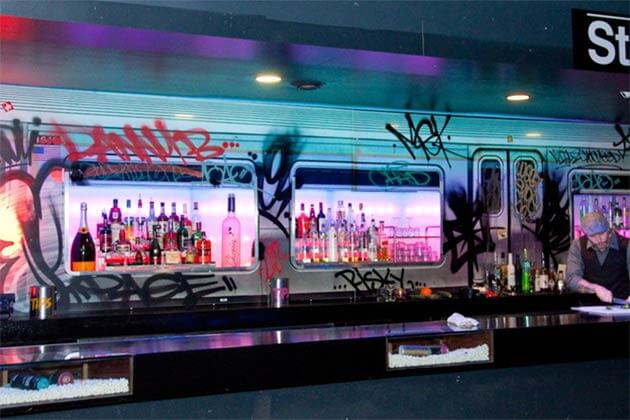 The high-end couture of the nightclub lies in the shades of the impressive Hollywood clubs like Sound & Avalon. However, the exclusive Cahugena Boulevard venue of the Station1640 nightclub in Los Angeles has no limitations on the music beats that keep you grooving all night long. The Station1640 nightclub is home to the mesmerizing Wednesday night parties known as the “Clinic”. This Wednesday night party has garnered the respect of bringing into effect a global mix of established international DJs spinning your favorite music tracks all night long. 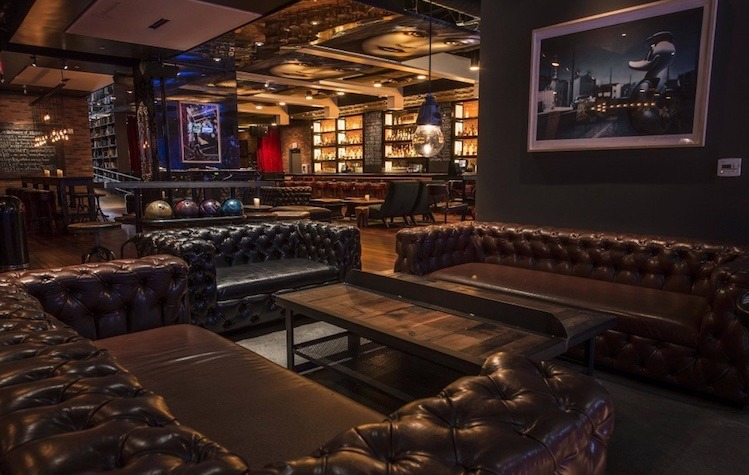 The club is also famous in Hollywood for gastropub cuisines, inventive cocktails & drinks, and immense entertainment that make you return to the club. The beautiful modern-age lane design of the club transforms it into a bustling magnet for high-end entertainment in the heart of Hollywood. 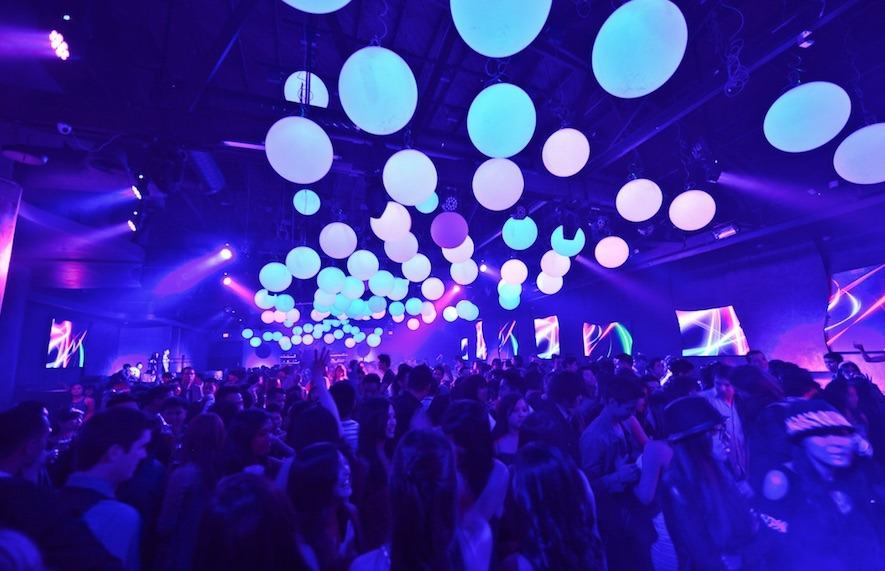 With its clear quest towards attracting top, international DJs from across the globe, the Lure nightclub in Los Angeles is a must-visit clubbing destination. Here, you can come across high-end A-listers and a group of ravishing party-goers. Lure Los Angeles is a megaclub that enhances the significant Vegas-style glamour into the heart of Hollywood. You can expect the line to this megaclub starting quite early. Therefore, it is recommended that you should go for advance table reservations at this high-end club.

Once you are inside, you will be greeted by a large patio that is bordered on all ends by luxurious booths, two exclusive bars, and a little dance floor where cool, young kids could show off some of their hot dancing moves. The expansive clubbing hotspot unravels itself further inside. Here, the cavernous main clubbing room boasts a giant center stage along with LED walls and lavish motion-sensitive LED screens for an ultimate level of entertainment to its guests. 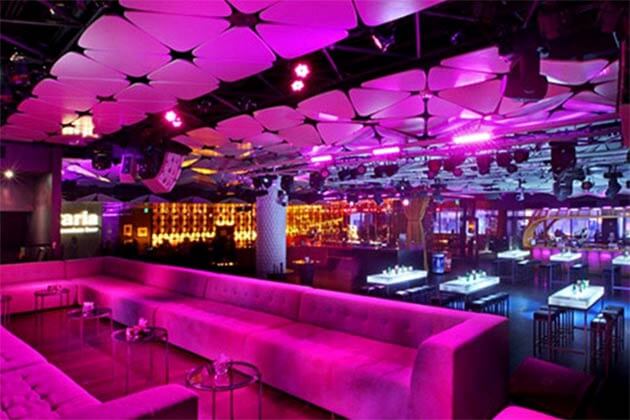 A highly sophisticated clubbing destination located in the heart of Los Angeles, the Conga Room nightclub is the heartthrob of the downtown Los Angeles. The club aims at enhancing the overall nightlife scene of the downtown Los Angeles as it is owned by some of the very popular names including Will.i.am, Jennifer Lopez, jimmy Smits, and many others. The elite class of the club’s owners forms an eclectic group. This implies that the club is known for booking amazing music talent from across the corners of the globe.

Being the Hooray Harry’s divine place, The Peppermint Club has now been transformed into a clubbing paradise through its 60s-inspired lounge area that has been designed towards making listening to music a highly personalized experience. The overall venue of The Peppermint Club in Los Angeles is complete with top-class exquisite cocktails and amazing bottle services.

The club is open mostly on nights during the week. For ensuring yourself a lavish table at the club, you must make advance table reservations. The Peppermint Club turns out to be a joint venture between the Hollywood Group and Interscope Records. This implies that the music here is fully focused on the fun retro nightclub experience. 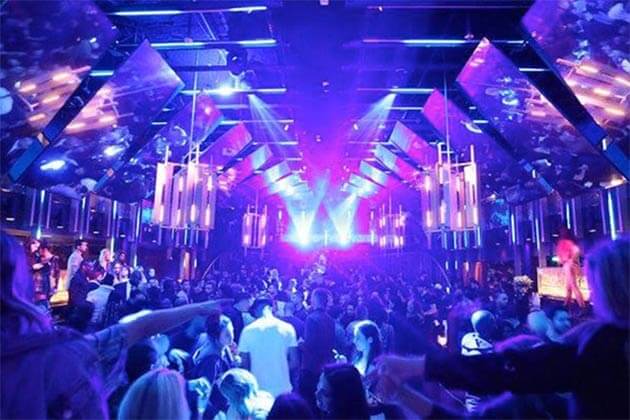 Being the newest and the trendiest iteration in the West Hollywood’s clubbing & partying scene, the Nightingale Plaza nightclub in Los Angeles is a must-visit clubbing destination in the city. The clubbing space was previously a Greystone Manor. Now, SBE –the restaurant-cum-club conglomerate owns the place and has transformed it into a partying paradise. Since its inception, the club has garnered ample respect to become the “most elite Hollywood club” in Los Angeles.

When you visit the Nightingale Plaza, you can experience it all –right from fine dining to exquisite cocktails, leading DJs spinning your favorite music tracks, private lounging experience, and even an exclusive garden area for offering an eventful clubbing atmosphere to its guests. The Nightingale Plaza nightclub in Los Angeles is open on Wednesdays, Saturdays, and Sunday nights with popular DJs and cutting-edge sound system keeping the crowd grooving to the music all night long. 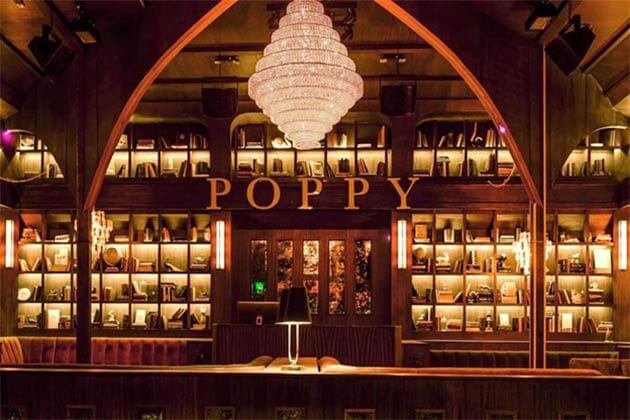 As far as experiencing the most exclusive nightclub scene in Los Angeles is concerned, the Poppy nightclub in LA is a perfect destination for you. Poppy is considered to be the ultimate LA clubbing & partying destination which is open only on Thursday nights. Owing to its immense grandeur and top-class décor, the place has managed to attract top, international music stars including Drake and others for partying around in the fantasy, sophisticated upscale lounge area of the club.

The interior of the Poppy nightclub boasts a lavishly designed spot along with a comfortable private bar once you enter the club. Then further, you can advance to the special guest area that is spread across a large room filled with VIP tables & banquettes as well as a beautiful outdoor space. Some of the hot, famous DJs like EC Twin of Los Angeles are known for spinning the favorite music tunes in the club. 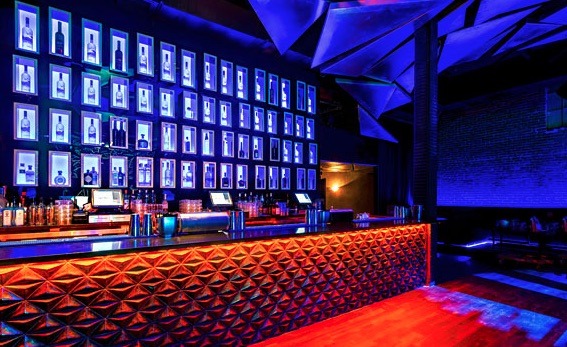 Referred to as the hottest nightclub in LA, the Project Club LA is your go-to clubbing destination in the city. Though the club is on the smaller side, you would still enjoy the intense cutting-edge lighting & visual effects of the club. Moreover, the DJs here are placed perfectly just front of the club’s runaway for an intense clubbing experience.

Make the most of your nightlife scene in Los Angeles –the Hollywood city!